The CEO of Afghanistan’s largest media outlets talks about whether and how they will be able to continue operating freely. 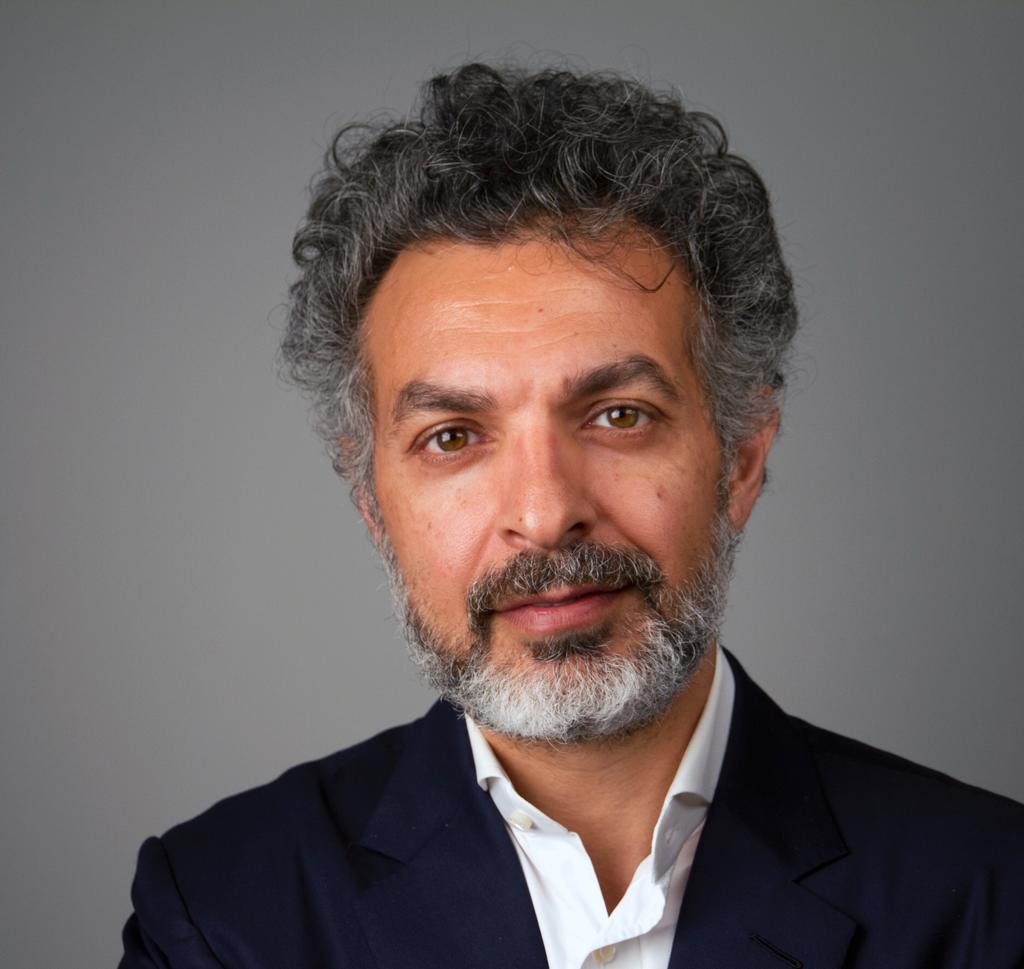 Saad Mohseni had a lot to worry about when the Taliban rolled into Kabul on August 15. Mohseni is CEO of the Moby Group, which owns and operates Afghanistan’s biggest news and entertainment networks, TOLO News and TOLO TV. The company’s 400 employees would have to adapt one way or another to the nation’s new, ultraconservative rulers.

Mohseni was born in London—his father was an Afghan diplomat and his mother a broadcaster for the BBC. In 1982, his father was on a diplomatic posting in Tokyo when the Soviets invaded Afghanistan. Rather than return to Afghanistan, the family settled in Australia.

The former investment banker and dual Afghan-Australian citizen launched an FM radio station in Afghanistan in 2003,  TOLO TV in 2004, and TOLO News as a separate channel in 2010. The operations have thrived in what Mohseni says was the freest media environment in Asia and the Middle East.

CPJ talked to Mohseni on August 27 by video from Dubai about how and whether that freedom can continue. So far, the Taliban are at least tolerating the station. Taliban fighters confiscated government-issued weapons from guards at TOLO News, but allowed them to keep privately purchased firearms, according to a tweet from the station. And a representative of the Taliban appeared on air interviewed by a female TOLO newscaster. She has since fled the country, according to news reports. CPJ contacted Taliban spokesman Zabihullah Mujahid for comment via messaging app but received no response.

This interview has been edited for length and clarity.

How did you approach the launch of TOLO News?

What we attempted to do from the get go was to always have our viewers in mind. It was very important to us not to be didactic and condescending and to be as honest as possible with viewers. You have to be focused in terms of reporting on facts. It’s totally unvarnished and totally uncensored. And it has to be balanced and non-emotional. News takes a long time, but once you have people’s trust, people stick with you through thick and thin as they have with us now.

How was it financed initially?

We started the radio station [in 2003 with seed money from USAID] and the reaction was extraordinary. Some people reacted very badly and some people were very positive, but most people were listening to it, which was the most important thing. Then we thought of a TV station and again USAID helped with that. Essentially the business has been viable from day one except for the [two] grants and it’s been able to sustain itself for almost 20 years. It’s one of Afghanistan’s great success stories. It’s the freest media in the entire region. It’s dangerous, especially for media operators—but it’s free. Last night, we were interviewing people in the Panjshir Valley who are opposing the Taliban regime; then we interviewed the Taliban; then we had a woman who was condemning the Taliban in our studio; and then we had another woman on satellite supporting the Taliban. We are continuing to do our work like we always have. The question is whether we can continue in this new environment.

Has anything changed with the Taliban victory?

We’re scared, I’ll be honest with you, we are nervous. Everyone is having sleepless nights, but what the viewer is experiencing is not that different. We have suffered because of the 70 or 80 people we’ve lost [who fled]. They’ve left and gone on to greener pastures. Not that we have begrudged their decision, as a matter of fact, we have helped them leave the country. But they have left a huge vacuum. So we have had to hire like crazy, or move people up within the organization. [Previously] a person who joins wouldn’t be in front of a camera for a long, long time. But now we’re hiring on Wednesday and you see that person in front of a camera on Thursday.  The sad thing is to lose this much capacity, to see a generation of people who we’ve invested in, who could have done so much for the country, being forced to leave. This brain drain will take us another two decades to build that sort of capacity, sadly.

The only things we have pulled are some of the music shows and some of the more provocative soap operas. We made that decision on day one realizing that there wasn’t much upside but there was a lot to lose. I believe that our viewership for the news programs have more than doubled because people are concerned and they need to know.

The one thing we cannot take away from people is hope, and I think media plays such an important role in providing people with hope. We are thinking that the Taliban will limit women’s education in the provinces so we can turn our morning session and early afternoon segments into an education segment in particular for our women.

TOLO News has been attacked over the years, with journalists threatened and staff possibly killed by the Taliban. How is the staff dealing with that?

It’s not easy. I think they are torn emotionally because the ones who are left behind feel left behind, their colleagues have left for France, for Europe, and for the U.S. [In the previous] government we had allies. We had some faith in the judiciary, we knew that many of the judges basically respected the rule of law, our freedom as a media outlet under the constitution, and Afghan media laws, which are relatively progressive. And then the presence of the international community was a massive safety net, where they always stressed the importance of civil society and so forth. Right now, we have no safety nets. None. [On August 25] our reporters were attacked by the Taliban, literally a kilometer away from where our offices are, at the center of the city of Kabul. We complained to the media commission, they promised to pursue it, but that’s all that we could do.  We did report on it, and it was in our news. We spoke to the international media about it, we’re not fearful of that, but it just shows that we are completely and totally exposed right now.

Will you keep sending out women reporters and putting them on air?

That to us is a red line. People ask what sorts of things would force you to abandon your operations in Afghanistan. One of the things would be to walk away from that particular responsibility, the inclusion of women, minority rights, human rights, if we’re forced to censor our news and not be the truth tellers we’ve been for the last two decades. We’ve lost many of our female employees, but we’ve just hired a whole bunch. So hopefully, we’ll see more women on the screen.

One of the Taliban leaders spoke to a mutual friend and was telling him “I can’t believe how much Kabul has changed since 2001.” And our friend pointed out to him that it’s not just the city and the buildings that have changed, the country has changed. I think if the Taliban are smart they will be cognizant of these changes and adopt a more inclusive approach. They have their constituencies but you have to remember that the most positive poll number I’ve seen is that their dogma appeals to 15 percent of the population. They ought to go and engage the other 85 percent and become a political movement that appeals to all segments of our society. There’s an opportunity for them as well. They have a good place to start from but they have to adopt an appeal to other constituencies. My fear is that they will snap and go back to what they feel comfortable with, which is to be dogmatic and to become dictatorial, and have this black-and-white approach to things

What contingencies are you planning for?

Two things. Firstly, if Afghanistan is isolated the economy will suffer like we have not seen since the 1990s. It will shrink dramatically. And perhaps if the Taliban feel really threatened they could intimidate advertisers. I think we may have to look into, at least, a period of more donor-assisted operations than advertising revenues.

What we would need to do is create a parallel structure [in London] that would complement the Afghan structure. Because in Afghanistan we still have no restrictions, but if the day comes that we have to close Afghanistan we [could] just push a button and switch directly to London. What the Taliban can do is shut down our terrestrial transmissions but we will still be available on satellite and on these illegal cable operations. There are hundreds of these cable companies. Also we are available online, we have an app that allows for people to stream on different networks.

Is there a possible more optimistic scenario for your future operations in the country?

It’s too early, but it’s our job to push for that. Half my time now is talking to all the political players in Afghanistan, including some of the hardcore Taliban sympathizers who have a good deal of influence with them. We’re not just spectators. This is our country. We have an obligation to lobby, to advocate for a more open, moderate Afghanistan because it’s the only way the international community will work with the Taliban. I think for the Taliban, they have to realize this, but I think it’s going to have to be communicated in a way that is not very condescending, in which they are engaged by professional diplomats, they are courted.

We’re talking about people who fought for the last 25 to 30 years, some even more than that. That’s why these TV shows are so important — so they can see for themselves what a vibrant country Afghanistan has become since the 1990s. I hope that it resonates with them. I think we have nothing to lose by engaging with them. Because worst case scenario is that [the international community] sticks to the sanctions. [Sanctions] are mistaken because the people who are going to suffer the most are the [millions of] Afghans who continue to live in the country.

The fear is real, the nerves are real, I feel a lot of fear, and my staff are saying they don’t even want to go out because there are no guarantees they are not going to get beaten up. Women who technically can come to work are concerned that even in a car on their way to work, some checkpoint guy is going to say, “Why are you going to work?” Because they’ve issued this directive about female employees of the government, but some illiterate guy from [the provinces] who is stopping cars, he doesn’t know the difference between a government employee and a private sector employee. He may get violent because he thinks she’s breaking the law. These are things that we have to worry about on a day-to-day basis.

This interview was originally published on the Committee to Protect Journalists’ website.

'The one thing we cannot take away from people is hope, and I think media plays such an important role in providing people with hope.' 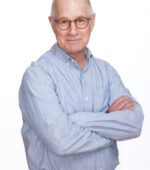 Steven Butler is the Asia Program coordinator for the Committee to Protect Journalists. He lived and worked in Asia as a foreign correspondent for nearly 20 years, and later was Foreign Editor at the Knight Ridder Washington Bureau. He holds a PhD in political science from Columbia University. On Twitter: @StevenBButler.

Steven Butler is the Asia Program coordinator for the Committee to Protect Journalists. He lived and worked in Asia as a foreign correspondent for nearly 20 years, and later was Foreign Editor at the Knight Ridder Washington Bureau. He holds a PhD in political science from Columbia University. On Twitter: @StevenBButler. 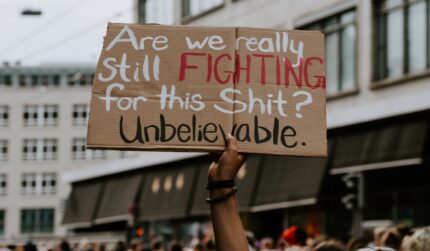