The Phosphoros Theatre makes plays with, for, and by asylum seekers in the UK. Its amateur actors travel all over the country to perform, telling their own stories in the form of a fictionalized narrative. 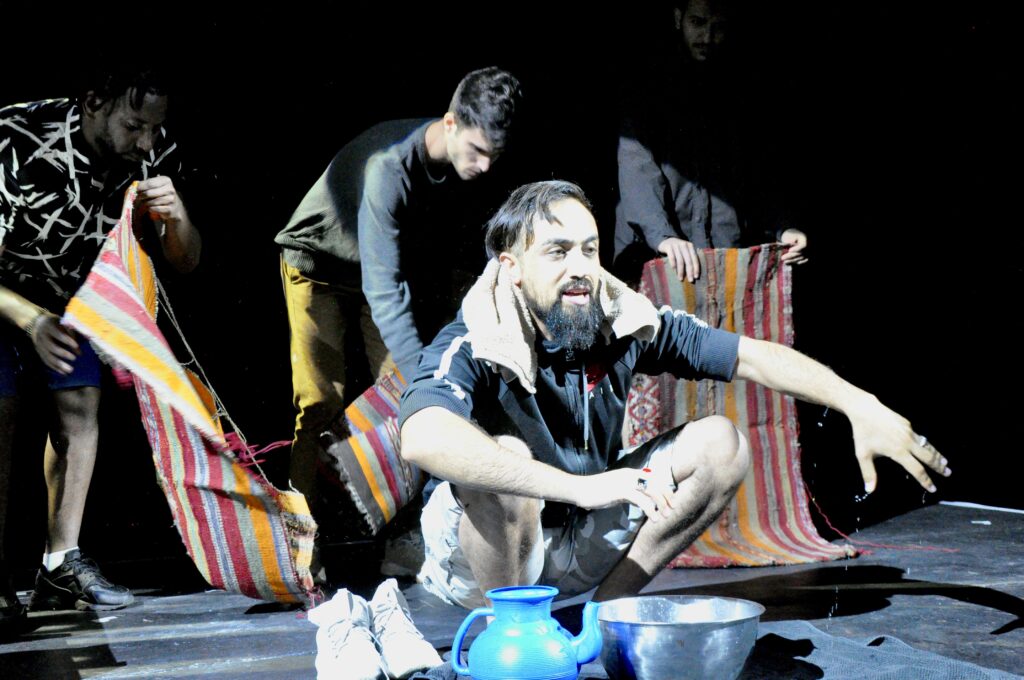 Credit: Phosphoros TheaterSyed Halim Najibi performing in 'All the Beds I Have Slept In.'

“On a chair on a ship in the middle of the ocean.”

“The bed I shared with my grandfather at home.”

“A sofa-bed in Belgium that I could hardly fit on.”

The characters on the stage have all been forced by their circumstances to sleep in uncomfortable places. As the lights come up, the audience learns that the actors are all asylum seekers and refugees who have come to the UK. In All The Beds I Have Slept In, produced by Phosphoros Theatre, they describe their perilous journeys from their dangerous home countries to a place they hoped would offer them freedom and safety.

Phosphoros’s plays emerge from the minds of its actors. To create this production, the company got together over a weekend, played drama games, and brainstormed. They had stories to share but needed a theme to anchor them. They realized that what their stories had in common was beds, in that all of them had once slept on proper beds at home but then, during their long journeys, they had moved from one strange bed to another. Often, they had had nowhere to sleep but the cold ground. On stage, that theme became a prop that was central to the action—sometimes a bed on wheels that served as a place to sleep or a place to talk. Sometimes, the bed was even a boat.

By the end of the creative weekend playwright Dawn Harrison had a wealth of material. During the writing process she checked in with the actors by WhatsApp to verify what kinds of expressions they might use, to make sure the dialogue reflected their voices accurately.

“A charpai on top of my roof in Afghanistan when it was too hot to sleep inside,” is how one of the performers, a young man named Syed Haleem Najibi, described his bed.

Syed is studying to be an engineer, while simultaneously touring with the theater company—which makes productions with, for, and starring refugees and asylum seekers. In theory one’s bed is a “place of comfort,” but this has not been the case for many of these refugees. “I’ve slept on the street, and I’ve slept in forests and fields,” Syed said. Going into this project “I understood the value of a bed,” he said, adding that the stories were “very personal. All the actors, he said, wanted to tell their stories in their own voice and “not the way the media or the politicians are showing it.”

Syed has been with the company since its first production in 2016, but All the Beds I Have Slept In has been his most emotional acting experience . Refugee audience members often approach him after his performance and tell him that they heard their own story in his words. “I’m representing all these people who don’t have the opportunity to be standing on a stage like this and tell the stories the way they want to,” Syed says.

All the actors in the production came to the UK as teenage asylum seekers. They are used to telling their stories, but usually to lawyers, social workers, and interpreters who then retell their stories for them. Syed wants people in the UK to get to know refugees and hear their stories directly.

The message he wants to convey is that  “nobody would be willing to leave their family, leave their homeland, leave their friends, just like that for no reason. You don’t leave home unless home is not safe for you.”

“A blanket in the rescue ship that pulled me from the sea.”

When he arrived in the UK as a teenager in 2012, Syed was full of hope. He believed he had arrived in a country that would respect and recognize his human rights. But like his character in All The Beds I Have Slept In, who glosses over the difficulties of his life in the UK as he describes it to his brother back home over the phone, Syed’s experience was not what he had hoped.

Once in the UK, he discovered that he was at the start of another journey, this time through the bureaucracy—the asylum system, the care system, the education system. It was a “hostile” experience, he said. He had to fight for his rights, and his battle continues.

Being part of a touring theater company has changed Syed’s experience of living in the UK. He’s met people in every part of the country and has come to know a huge range of organizations that support refugees. And he has made new friends. He says he now has a new family called “Phosphoros.”

Nevertheless, said Syed, Britain does not feel like home. “I am constantly reminded that I don’t belong here, by the system and by society,” he says. Compounding that feeling, the House of Commons recently passed the controversial “Nationality and Borders bill,” which, if approved by the House of Lords and passed into law, would make it harder for people to claim asylum in the UK. This bill could even allow the government to strip people of their citizenship without notice.

“It’s shocking to hear that even somebody with British citizenship can be removed and sent back to their country of birth,” Syed says.

“In a stranger’s flat in Nice.”

During his previous life in Afghanistan, Syed went to school. But there was no future for him there, with seemingly never-ending war all around him. The extreme instability was impossible to bear, and so he decided to leave

In August, tensions in Afghanistan increased again when the U.S. pulled its remaining troops out of the country, leaving a power vacuum that the Taliban filled within days. Syed found it “heartbreaking” to watch this unfold from abroad, knowing his family was still there. He says that people he knows are now going weeks without their salaries and, unable to buy food, have become desperate.

“A carpet in church the night before a spiritual celebration.”

Syed no longer sees a future in Afghanistan and is now focused on building his life in the UK. He’s studying sustainable energy engineering, and hopes to contribute toward ending the climate crisis.

But he’s also hoping that those who follow his path will have a better future. “I’m hoping to see a system, not just in the UK, but all around the world, treating migrants, refugees, and asylum seekers with dignity and respect,” he says.

Syed wants to continue acting with Phosphoros even as he starts his engineering career. He’s proud to use his personal experience as a piece of art, and education, to help people see refugees as human beings. To treat them with the dignity and respect they are so often denied.

In the play, a stranger offers kindness to a boy called Mohamed, who is continuing his journey towards the UK. He offers him a place to stay for the night. He buys his train ticket. It is this kindness that allows Mohamed to travel without fear. But the stranger doesn’t wait to be thanked. Instead, he said that he was going to get a coffee and strolled away.

“When he said he was getting a coffee, he meant goodbye.”

'I'm representing all these people who don't have the opportunity to be standing on a stage like this and tell the stories the way they want to,' said Syed Haleem Najibi, an Afghan who made the perilous journey to the UK as a teenager, alone. 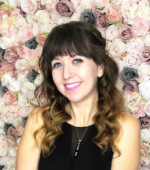 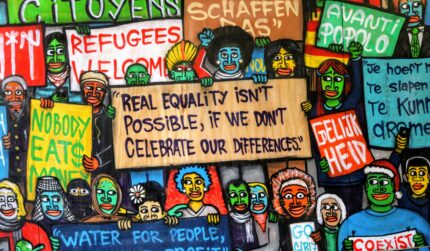 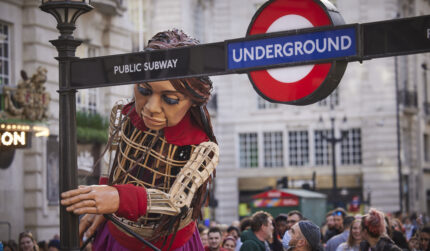 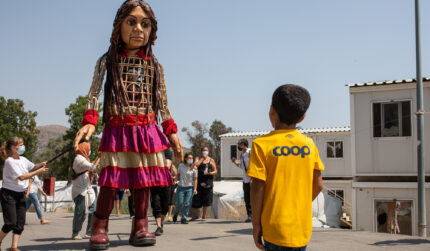 This is Little Amal, the puppet refugee girl on a European odyssey