The historic election marks the final stage in the transition away from Pinochet’s dictatorship. 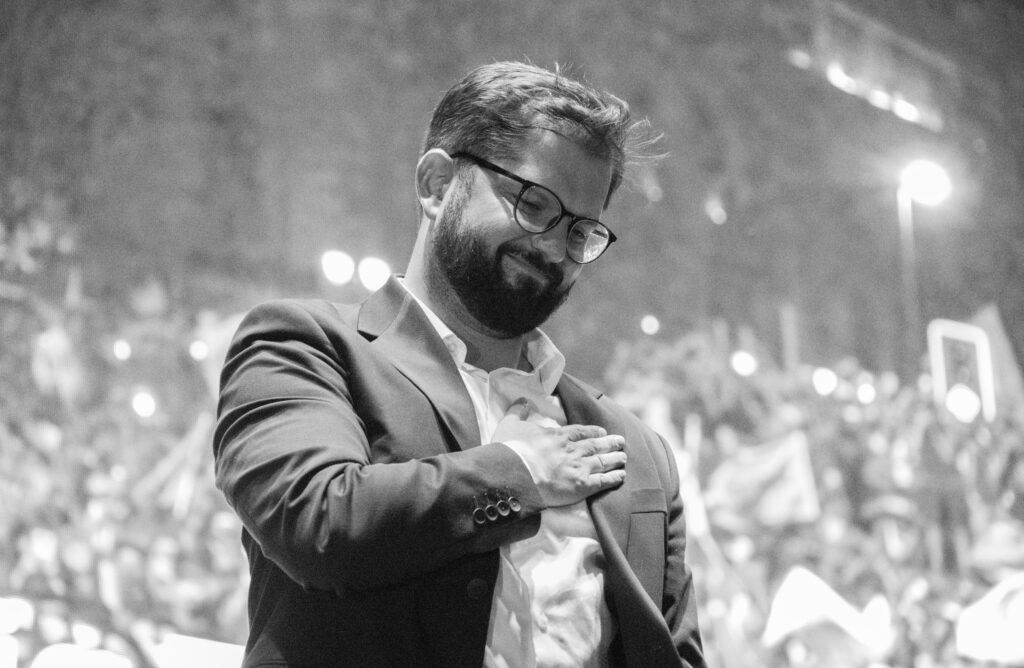 Hundreds of thousands of people flocked onto the streets of Chile’s cities on Sunday night to celebrate a history-making presidential election. The sounds of cheers and honking car horns were everywhere as, with 97 percent of the votes counted, Gabriel Boric, a 35-year-old former student leader who headed the leftist coalition Frente Amplio, became the country’s youngest president. The final polls heading into the election predicted a very close result, with the far-right Jose Antonio Kast, 55, slightly ahead of the much younger, progressive Boric. But the final tally was not even close: Boric won with 55.9 percent of the vote—12 percentage points ahead of Kast, who called Boric to concede at 7.10 p.m., after only 30 percent of the ballots had been counted. 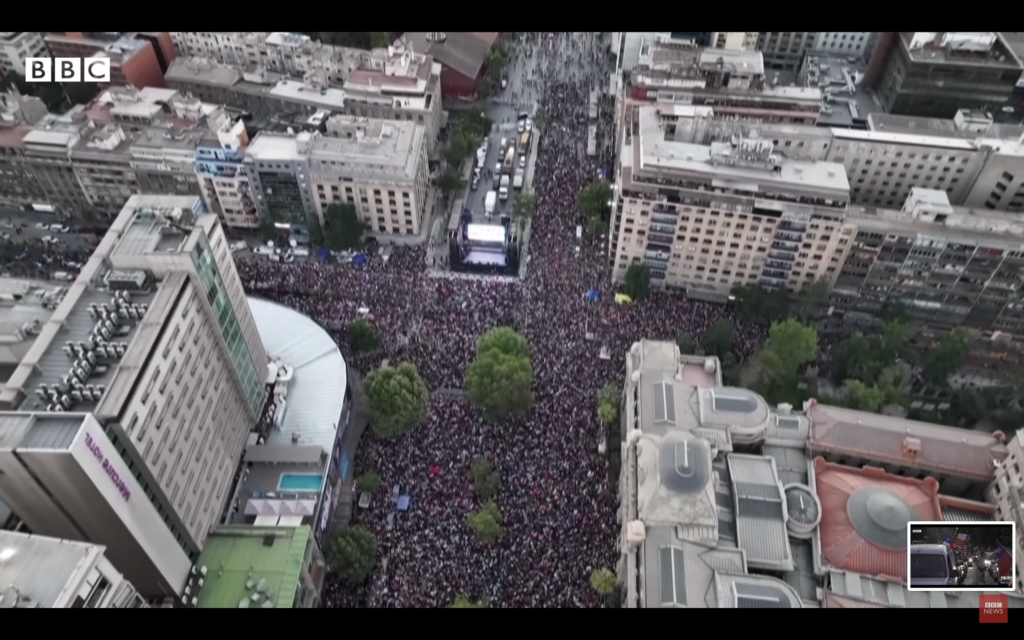 Credit: BBC/screengrabJubilant Boric supporters poured onto the streets of Santiago on December 19, 2021.

On Election Day I was in Concepcion, in south-central Chile, feeling anxious but also hopeful that the Chilean people would elect Gabriel Boric, the humane, democratic and environmentally conscious candidate. I was at a polling station as ballot counting began, watching as the numbers showed a consistent advantage for Boric. When the announcement was made that Gabriel Boric had been elected, becoming Chile’s youngest president, I was euphoric.

“I will be a president who cares for democracy and does not risk it,” Gabriel Boric said after he was elected to be the youngest president in Chile’s history. The 35-year-old is the most liberal since President Salvador Allende in the early 70s. https://t.co/DEW4g8aNab pic.twitter.com/bijxRztHoZ

The two candidates campaigned on polarized visions for their country.

Kast, a conservative Catholic with nine children, is a Pinochet supporter. He ran a right-wing populist campaign that promoted a continuation of neoliberal economic policies and climate change denial. He vociferously opposed gender equality and abortion rights and incited against impoverished Venezuelans and Haitians who sought a better life in Chile.

Read more: Chile faces its most consequential election since the end of the Pinochet dictatorship

Boric is a former leader of the 2011-13 student movement, which sought better and more affordable education for all; as a young politician, he was one of the architects of the 2019 Agreement for Social Peace, which led to the 2020 referendum for a new, more equitable constitution to replace the Pinochet-era one. His platform calls for an overhaul of the economy, ending the neoliberal policies that have made the country deeply unequal; Boric campaigned on making Chile a more unified society—one fully transitioned away from the legacy of the Pinochet regime.

Sunday’s election marked the end of a long process that began with the July primaries. Boric surprised everyone by winning the leadership of the leftist coalition over the Communist candidate, Daniel Jadue. The polls had projected a win for Jadue, but he made some serious missteps with various gaffes, including antisemitic statements; Boric, meanwhile, came off as inclusive, charismatic, and knowledgeable during the debates. With his moderate yet innovative positions, like the importance of finding a balance between economic growth and a response to the climate crisis, he attracted the millennial voters who played a decisive role in his becoming the leftist coalition’s candidate. A high turnout for the primaries, with more than 1.7 million voters casting a ballot, created a solid electoral base for the first round of the presidential election.

Kast, on the other hand, did not participate in the right-wing party’s primary elections; nor was he a favorite in the polls at the beginning of the election campaign. His candidacy emerged from a political pact between conservative Christians and the new far-right Republican Party; he then went on to perform well during the first debates against Sebastian Sichel, his rival for leadership of the right-wing coalition. Sichel positioned himself as a center-right candidate, a move that proved to be a mistake: He pushed right-wing voters toward Kast, whom they saw as an “authentic” right-wing candidate. For the far-right, who supported the Pinochet dictatorship and opposed a new constitution, Kast represented both their natural political home, and the man who was more likely to bring a right-wing government to power. The center-right moved toward Kast because they saw him as the man most likely to be elected and they wanted a right-wing government at all costs, even if that meant tacitly supporting xenophobic proposals such as the construction of ditches in Chile’s north to prevent impoverished and desperate Venezuelan migrants from entering the country.

In the weeks before Election Day on December 19, polls consistently showed Kast just slightly ahead of Boric in a very tight race. International legacy media outlets painted a picture of Chilean society polarized between two extremist candidates, although Boric’s views are hardly extreme—they would put him somewhere between Bernie Sanders and Elizabeth Warren. In Chile, the influential right-wing media outlets played an outsized role in promoting Kast’s campaign with fake news that incited against Boric. Kast, for example, claimed several times that the bearded, tattooed leader of the leftist coalition used illicit drugs, a baseless lie that the right-wing media amplified until it gained such wide credence that Boric felt compelled to respond. During the December 13 debate against Kast he released lab results that proved he had no cannabis, amphetamines, or cocaine in his bloodstream.

Besides creating a divisive and polarized atmosphere during the campaign, the far right’s aggressive rhetoric and fake news also disseminated fear of Boric’s purportedly “socialist” agenda. For example, Kast claimed that the Communist Party’s support for Boric was indicative of a dangerous, far-left agenda; evoking Venezuela’s socialist bogeyman, he said that Boric, if elected, would drag Chile into chaos. In fact, Boric is very much a moderate who has attracted broad support with a political platform that advocates policies similar to those of European social democratic parties.

Voter turnout in Chile hovers at 50 percent, which increased this time in the second round. Some analysts predicted that Boric would inspire a surge in the youth vote, propelled by their concerns about the climate crisis and rising authoritarianism. While there is no data yet about age groups, overall voter participation did increase by more than one million over the first round. This election saw the highest electoral turnout in Chilean history, with Gabriel Boric receiving more votes than any presidential candidate in previous elections.

Kast’s extreme views on women’s rights, gender equality, and LGBTQ rights inspired a diverse political movement in support of Boric’s candidacy. One of his proposals, for example, was to allow police to detain suspects for five days in undefined “confinement centers.” The far-right candidate thus galvanized significant sectors of voters to find common cause in combating the threat of far-right populism. The close relationship between the far right and religious fundamentalists alarmed feminists and other progressive movements, mobilizing them to organize and get out the vote.

But Chileans remain divided about the causes and outcomes of the 2019 social movement that sparked nationwide protests, which in turn led to a political agreement for the establishment of a constitutional process. The far-right opposes any structural change to Pinochet’s system. Boric and his broad coalition represent Chile’s majority, who aspire to a stable social and political transformation. They support the constitutional process and want a more equitable economic system that will replace Pinochet’s neoliberal legacy with a welfare state and sound environmental policies. Boric’s administration will seek to introduce an ecological approach to governing, and to implement transformative policies to pensions and healthcare, two of the pillars of the unequal and segregated Chilean system. Boric represents hope for a nation that wants more dignity, a fact that puts positive pressure on the future government: it needs to be humane, fair, and efficient. I believe the newly elected President Boric is more than ready to take on this immense challenge. 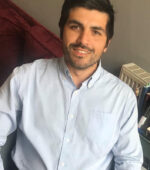 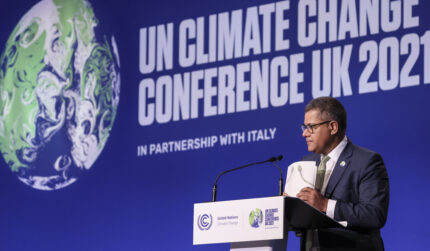 COP26 fell short, but ended with a ray of hope 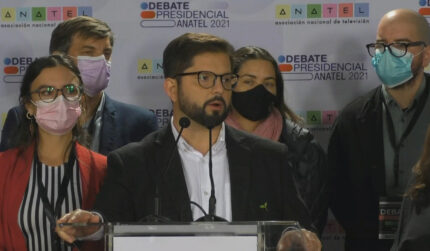