‘Gold is not a human right. Housing is.’ 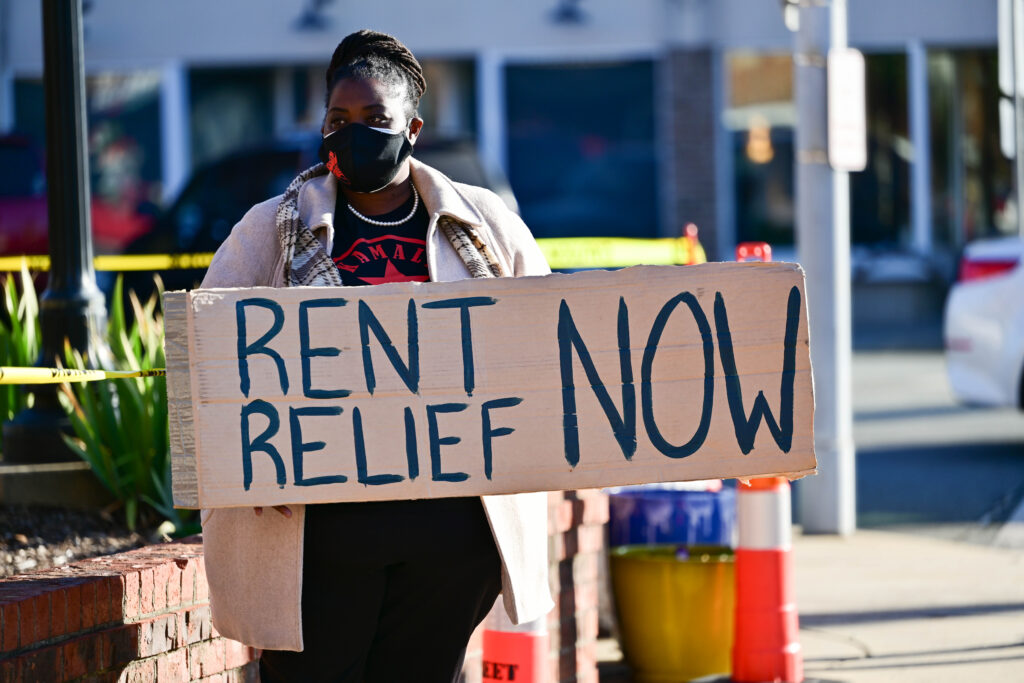 Between 2012 and 2021, Berlin’s median rent rose by over 70 percent. The cost of housing did not skyrocket because the city suddenly became a better place to live, but because investors looking for a secure place to park their money discovered the German capital. Over the past 30 years, in major cities around the world, corporations have been buying up huge swaths of domestic properties as profitable investments. As a result, habitable and affordable housing has become exponentially more difficult for ordinary people to find and keep.

In “Push,” a 2019 documentary that investigates why and how cities have become prohibitively expensive, Leilani Farha, the former U.N. special rapporteur on adequate housing, says that “unbridled capitalism” has made cities unlivable for all but the rich, with affordable housing now a luxury rather than a necessity. “That’s what differentiates housing as a commodity from gold as a commodity,” Farha says: “Gold is not a human right. Housing is.”

In the film, Farha meets a number of people whose rent has increased so dramatically, essentially overnight, that they have little hope of remaining in their homes. A new management company bought a building in Harlem and raised some residents’ rent by $900 per month, making it impossible for an African-American man to stay in his home of many years unless he could suddenly find a $100,000/year job (around 58 percent of Harlem residents make $60,000 per year or less). Something similar happened to an apartment complex in Uppsala, Sweden, making it extremely difficult for older middle-class residents to stay in their homes without dramatically increasing their incomes—a nearly impossible feat for those unwilling to abandon their communities.

Housing is generally considered affordable when it costs no more than 30 percent of a household’s income. In the United States, nearly 11 million renters spent more than half their income on housing in 2018. That same year, the National Low Income Housing Coalition found that there are no U.S. counties in which a person working full time for the minimum wage could afford to rent a standard two-bedroom apartment. Some people spend so much of their income on housing that they have little left over for food.

The fact that large companies and investors now see housing as a reliable investment vehicle, rather than an essential element of social infrastructure—a phenomenon known as the “financialization of housing”—has transformed houses across the globe into shelters for money, not people. Thousands of dwellings sit vacant in major metropolises, enhancing the portfolios of the wealthy, while tens of thousands of human beings sleep on the streets.

In Berlin, housing activists are pursuing a radical solution: they want to expropriate domestic properties from Germany’s largest landlords and repurpose them as social housing. If housing is a public good, they say, then the public should control it. Among Berliners, 85 percent of whom are renters, this effort has become increasingly popular, with 56 percent saying they either support (47 percent) a proposal to expropriate the properties of large landlords or are undecided (9 percent).

A common argument against expropriation is that governments should be using their limited resources to build more affordable housing. But that solution has been on offer for decades and has yet to halt, or even significantly slow, the broader crisis. Labor and building material costs are prohibitive in many places. Building and land use regulations also pose significant barriers, especially in metro areas. It remains difficult to find both suitable places to build and communities receptive to large-scale public housing projects. Simply building more units is a flawed and partial solution, especially in the absence of significant and consistent funding.

But the Berlin campaign targets enormous, publicly traded companies that own more than 3,000 apartments, like Vonovia and Deutsche Wohnen, Germany’s two largest corporate residential landlords. The two companies recently negotiated an €18 billion merger that set a record for Europe’s largest real estate deal, with a combined market valuation of around €47 billion, or $56 billion. They now collectively own around 550,000 apartments throughout Germany.

Article 14 of the German constitution permits expropriation only for the common good and only in exchange for fair compensation. If Berlin’s housing activists succeed, the government won’t simply seize private units; it will transfer them to the public and compensate the owners, albeit at a rate that some shareholders might not consider sufficient (companies have the right to sue if they believe the compensation is inadequate).

According to a 2020 report prepared by the Rosa Luxemburg Foundation, Berlin is home to around two million apartments, about 15 percent of which are owned by financial investors and publicly traded housing companies. Globally, residential real estate accounts for $163 trillion of assets, a portion of which are held by investors and housing companies in Germany. Deutsche Wohnen reported a profit of €1.54 billion (about $1.83 billion) in fiscal year 2020. Organizers in Berlin say the company has profited handsomely from buying up properties and driving up rents, neglecting routine maintenance and dragging its feet on essential repairs until major renovations are needed, then fixing up the apartments in order to justify massive rent hikes.

Berliners are not the only ones trying to take back their city from corporate profiteers. In 2020, the city of Barcelona warned 14 companies that if they failed to rent the 194 vacant apartments they collectively held within one month, the municipality would take possession and convert the units into public housing. Since 2016 Catalonia, the region that includes Barcelona, has made it legal for municipalities to seize apartments left vacant for over two years and rent them to low-income tenants for four to 10 years before returning them to the owners. Catalans also approved a 2019 measure allowing cities to buy such apartments outright at half the market rate (owners would not have the option of refusing to sell). The law allows the city of Barcelona to take possession only in cases where the owners hold multiple units, while forcible purchase is allowed only when units are left vacant for at least two years.

Expropriation is unlikely to catch on any time soon in the United States, where the rights of property holders are treated as sacrosanct. During the pandemic, tenant organizers in New York, Kansas City, Los Angeles, and other U.S. cities pressured the government to cancel rent and mortgage payments for as long as the coronavirus was disrupting the economy, without forcing people to pay it back later. California, New York, and a few other states offered tenants modest relief in the form of temporary eviction moratoriums, in a compromise that fell far short of organizers’ demands.

Those measures in no way matched the actions proposed or taken in Berlin or Barcelona. Nevertheless Alan Beard, managing director of Interlink Capital Strategies, a financial advisory firm, penned an op-ed for The Hill entitled, “How to protect against future U.S. government expropriation,” in which he railed against governments in the U.S. for having “effectively expropriated most of the American economy” by forcing businesses to close for safety reasons and making it harder to evict people during the pandemic.

In many U.S. cities, organizers are fighting for greater control over buildings the public already owns. Last year, Philadelphia organizers obtained limited concessions from the city by setting up encampments, taking over vacant properties in North Philadelphia and on the Benjamin Franklin Parkway, and demanding that the city transfer the properties to the people living in them. The city eventually agreed to put 50 vacant homes into a community land trust and allow 50 unhoused mothers with children to stay in 15 vacant city-owned houses—a drop in the bucket, given that thousands of Philadelphians still need permanent housing.

In an ideal world, said Cea Weaver, campaign coordinator for Housing Justice for All, a New York State-based coalition of housing advocates, “public housing that is democratically run and controlled by its residents” would be the norm everywhere. But in the United States, where there is little trust in government or appetite for funding public services, that can feel like a distant dream. “In order for public housing to be great, we also need to rebuild faith in government as a thing that could compassionately care for all of us,” she said, “not the thing that is killing us and making us sick by defunding our homes.”

Tara Raghuveer, who directs KC Tenants, a tenants’ rights organization in Kansas City, Missouri, and the Homes Guarantee campaign at People’s Action, believes one of the biggest obstacles to “a world where everyone has a home and housing is not treated as a commodity” is that “we’ve been so convinced by the profiteers” that there is no other way. “It’s this attitude of impossibility that stops us from doing things that are really quite simple and that we have models for, even in [the U.S.], going back decades,” she added.

Part of expropriation’s appeal is that it allows people to stay where they already live. Thomas McGath, an American ex-pat living in Berlin and a spokesperson for the campaign to expropriate Germany’s largest landlords, said Berliners are beginning to ask themselves, “‘How do I benefit if somebody plops down a thousand apartments in a field somewhere? It doesn’t do anything for me in my neighborhood, where the rents are rising rapidly and/or exorbitantly.’” The idea, he said, is to create a city “that meets the needs of everybody who lives here, and continues to have its unique character defined by those people.”

McGath said he moved to Berlin in 2013 in part to escape the growing unaffordability of U.S. cities. “If we own our own cities and we have more democratic control over the things that we own…it really makes it easier for us to make the city more sustainable, more affordable, more livable,” he said, rather than morphing into a “big playground for investors to build vanity projects that really don’t have a social purpose.”

If housing is a human right, it’s fair to question whether faceless for-profit corporations should be able to determine who gets it, for how long, and on what terms. A home is more than shelter; it’s where people feel a sense of comfort and belonging. Expropriation is one tool advocates are using to help restore housing to its original purpose: sustaining and enriching human life.

A phenomenon known as the 'financialization of housing’ has transformed houses across the globe into shelters for money, not people. 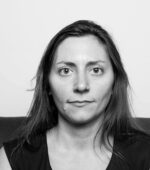 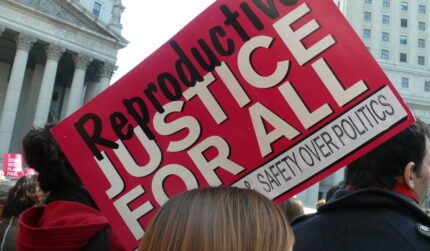 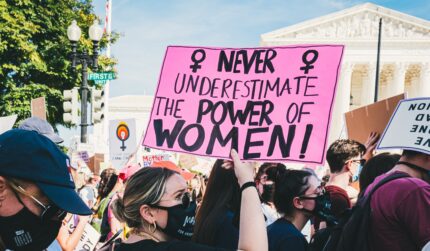