One of the world’s most financially successful singers is a recluse who never performs, rarely gives interviews, and declines to play the role of a celebrity.

Enya, the Irish singer-musician, is perhaps one of the most mocked and memed artists of our time. Her body of work is often dismissed as New Age, a label she has disavowed. To many, her songs are the aural equivalent of astrology: mystical and fun, but lacking substance. Familiar tracks like “Only Time” provide ambience at yoga retreats, LARPs, facials, and tarot card readings. The singer has a reputation for being a bit of a recluse, rarely making public appearances or granting interviews. Music critics often offer muted or grudging praise for her albums, but they don’t take her seriously. I, however, love Enya—and not ironically.

When I was growing up, my dad often assumed the role of school chauffeur and minivan DJ. His taste was (and remains) eclectic; during those drives, he played everything from The Moody Blues, to German musical project Enigma, to ambient techno from the now-defunct 90s website mp3.com. Enya was always on heavy rotation and, as a result, still occupies a special place in my heart and on my Spotify playlists.

My deep affection for Enya’s music is rooted in more than just nostalgic childhood memories. Her ethereal songs are a testament to the worth of gentleness and beauty, qualities that have historically been categorized as feminine and, therefore, of little value. In a world where obsessive fans have endangered the lives of female musicians, her choice to live a private life is a salutary example; setting boundaries is an act of self-preservation and an empowering choice, not necessarily an eccentric one. It is also a mute but radical demonstration that professional success as a musician can be achieved without living the life of a celebrity, perpetually in the spotlight. As one of the best-selling artists in the world, Enya shows us there is another way to achieve wealth and fame.

Born Eithne Pádraigín Ní Bhraonáin, Enya began her music career singing with Clannad, her family’s award-winning Irish music band. In 1982, she became a solo artist in partnership with Nicky Ryan, who she met when he was Clannad’s sound engineer, and his wife Roma, a lyricist; they remain her creative team to this day. The three began experimenting with looping harmonies, eventually creating what is now Enya’s signature layered sound. Unless otherwise noted in song credits, Enya performs all the vocals for her music and plays all the instruments. Known for her facility with languages, she has recorded songs in Gaelic, Latin, Japanese, and Sindarin—the latter an Elvish language invented by J.R.R. Tolkien.

The music industry tends to expect that female artists will offer up their private lives for public consumption, but Enya refuses to play the celebrity game. Instead she lives alone in Manderley Castle, the Dublin-area Victorian mansion named for the house in Daphne Du Maurier’s novel Rebecca. She never tours, rarely performs, and spends years crafting each album. 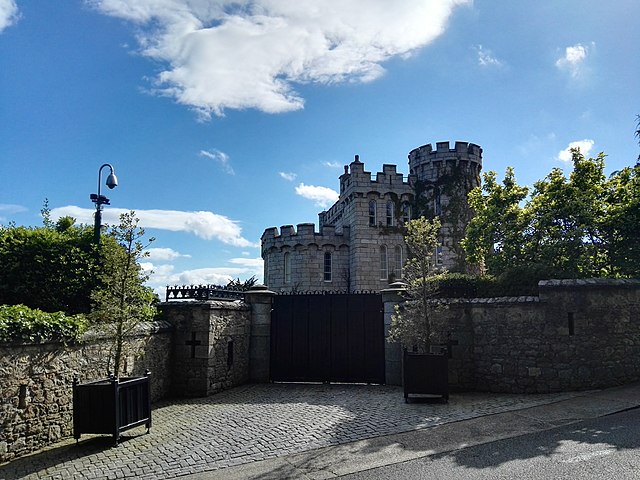 On the rare occasions she sits for interviews, Enya frequently points out that fame and success are not synonymous. In a 2015 profile for BuzzFeed she notes, “There’s no rulebook that says, ‘Your music is successful; you must now become famous.’” She remains unwaveringly committed to the integrity of her music, and isn’t afraid to say “no” to even the most tempting offers. She famously declined to compose the score for “Titanic,” and turned down an invitation to speak at Harvard. In an interview for The Irish Times, she explains, “I just did things that I wanted to do.”

Rooted in Celtic, classical, folk, and choral traditions, Enya’s music has a timeless quality. I can imagine someone cleansing a room with sage and crystals to “The Memory of Trees” in 2020 as easily as I can channel the image of fourteenth-century women singing the Gaelic lyrics of “Ebudæ” while dancing in a misty green field. Enya’s body of work is both beautiful and deeply, wonderfully weird.

Despite her refusal to play the role of celebrity, Enya is by all objective standards a superstar. She is one of the best-selling musicians in the world, surpassing even Nirvana in album sales. She’s a four-time Grammy Award winner, and has been nominated for an Academy Award and a Golden Globe. The eclectic range of artists who have sampled her music include The Fugees, Panda Bear, Diddy, and Meek Mill; her music has provided the soundtracks for countless commercials and movies, and inspired artists from Weyes Blood to Nicki Minaj. Enya’s music has spent over five years in the number one spot on the Top New Age Albums chart. (Check it out, she’s still there.)

“There isn’t another modern artist who can stay holed up with her cats in her castle (next door to Bono’s!) watching “Breaking Bad” and still sell 23.8 million albums in the United States alone,” writes Melissa Locker in a profile for NPR. In 2017, VICE described her as “a musician capable of selling the unsellable”—spiritual, synth-infused choral music. In a 1989 review in the Orlando Sentinel, Bill Henderson describes Enya’s music “as light as a whisper, yet as strong as a scream.” The Irish musician has become an unlikely music industry powerhouse on her own terms, according to her own rules.

So why are similarly reclusive male musicians, like Leonard Cohen, or those who are “eccentric,” like David Bowie, or genre-bending, like Brian Eno, respected as artists, while she is not?

In a searing 2000 review, Entertainment Weekly summarized  “A Day Without Rain,” her fifth album, as “New Age nonsense,” adding: “Unless you’re bound in an herbal body wrap, there’s simply no acceptable reason to listen” it. According to the reviewer for Rolling Stone, “The Irish-multi-instrumentalist-singer-composer’s skill at ephemeral sonic watercolors has grown wearisome.” In 1989, The Los Angeles Times panned Enya’s second album, “Watermark,” calling it “a portentous pastiche,” and dismissively referring to her as a “young chanteuse.” According to critics, Enya’s music is “too much,” and yet not substantive enough. Her talent is pretentious and tiring. Her success is baffling. Her songs are strange, but not in a cool way. (Siri, play “The Man” by Taylor Swift.)

For his film “Eighth Grade,” director Bo Burnham uses “Orinoco Flow” (Sail away, sail away, sail away) as a poignant commentary on the swirling emotions of a socially anxious, lonely 13 year-old girl seeking the acceptance of her peers in the Instagram generation. Burnham feels the singer has been unjustifiably maligned. “We’ve been trained by countless commercials and Will Ferrell movies to find the retro needle-drop inherently funny,” he tells Vulture’s Sean O’Neal. In “Eighth Grade,” Burnham sets out to redeem “Orinoco Flow,” a song he loves without irony. The treatment of Enya’s music in popular culture has clearly warped our collective ability to take it seriously, but Burnham remembers that as a child, Enya’s music made him “feel bigger than [he] was…deeper and more exciting.” I can relate.

The dual nature of Enya’s work is part of what makes it both hard to pin down and special. Are her songs beautiful, technical, and emotive? Or are they hilarious in their hyper-seriousness? The answer is, they are both.

“Derry Girls,” a comedy about a group of high school friends in 1990s Northern Ireland, channels these diverse elements of Enya’s music to great effect. “Caribbean Blue” opens and closes Season Two: In the first episode: a drone camera pans over Ireland’s iconic green hills and its urban rooftops, showing heavily armed British soldiers in armored personnel carriers, demonstrators throwing molotov cocktails, and walls covered in Irish nationalist graffiti; meanwhile we hear Erin, one of the protagonists, delivering a dramatic and very clichéd monologue about peace—and then the camera reveals she’s speaking from the bathtub. Here, the function of Enya’s music is to add humor—a comically solemn soundtrack to highlight the heroine’s sense of self-importance.

The same song sets the mood for a serious moment in the season finale, when the girls stand sullenly in a cheering crowd, unable to join in celebrating President Bill Clinton’s visit to their town because their friend James is moving back to England. “Caribbean Blue” grows louder as one of the girls spots James, who has decided to stay; the song drowns out the crowd’s cheers, and the girls run to embrace their friend: If all you told was turned to gold, if all you dreamed was new… The song that provided comedy in the first episode of the season signals earnestness in the final one. Enya’s music is no longer the butt of the joke; it’s serious.

When I listen to Enya, I hear the sound of a woman in control, undaunted by those who underestimate her. Her delicate, ethereal songs affirm that in softness, there is power.

The dual nature of Enya’s work is part of what makes it both hard to pin down and special. Are her songs beautiful, technical, and emotive? Or are they hilarious in their hyper-seriousness? The answer is, they are both. 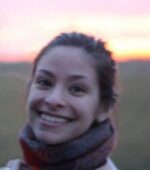 Rebecca Long is a Boston-based writer, editor, and X-Files enthusiast. You can find her on Twitter at @bex_long or visit rebeccaclong.com.

Rebecca Long is a Boston-based writer, editor, and X-Files enthusiast. You can find her on Twitter at @bex_long or visit rebeccaclong.com.