The current political climate seems disastrous for the Palestinians. But as recent history shows, the bleakest circumstances can yield great opportunities. 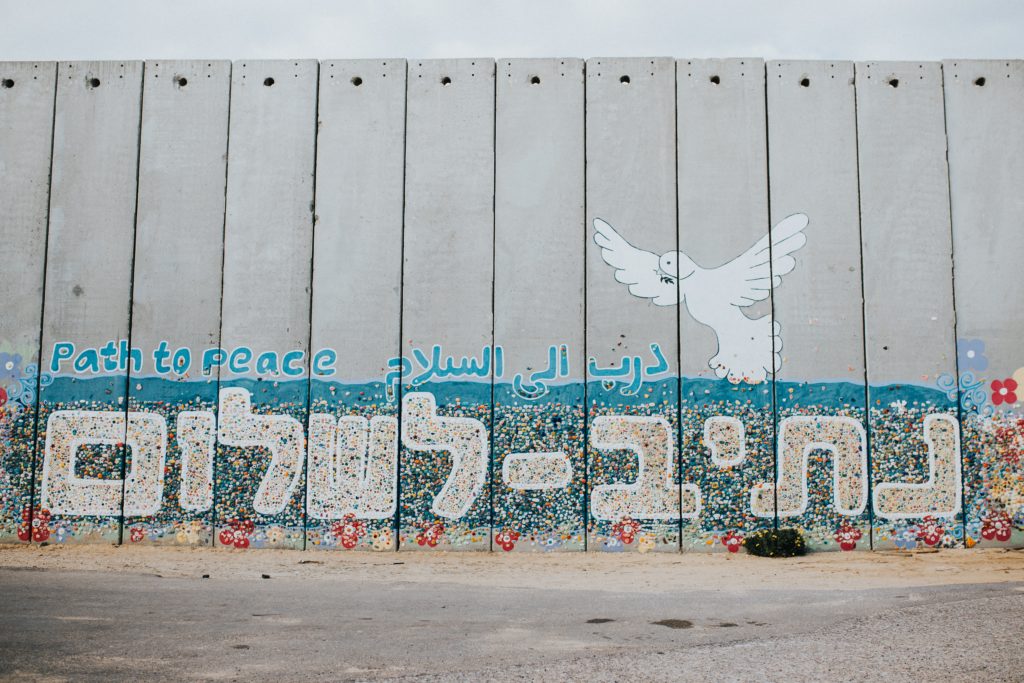 Alongside the dog whistle politics, much of Donald Trump’s public image is a throwback to 1980s New York City culture, with its gaudy society parties, unapologetic misogyny, and predatory real estate practices. His presidency jerks between rhetorical excess and emptiness. From negotiations with North Korea abroad to immigration policy at home, Trump’s actions have cycled between Twitter onslaughts devoid of meaningful content and the implementation of acutely retrograde executive orders. His administration’s recent effort to address conflict in the Middle East by convening the “Peace to Prosperity” conference in Manama, Bahrain, is a further case in point.

At the core of the Trump administration’s economic plans for the Palestinians is a glossy brochure released shortly before the summit itself. Notwithstanding the slick graphics and  the presentation, which makes it look like something a business consulting firm would publish, it is an astonishing study of hollowness and deception. The $50 billion dollar pitch book promotes all sorts of investments, including a desalination plant in Gaza and a transport corridor with the West Bank, but does not even mention the word “occupation” to describe Israel’s control over the occupied Palestinian territories. Particularly galling to Israeli and Palestinian civil society activists was the discovery that the photographs used to illustrate that glossy brochure were from promotional material for the very grassroots peace building initiatives — such as The Bereaved Parents Circle Forum and Olive Oil Without Borders — that the Trump administration had abruptly defunded in recent months.

Live-tweeting from the lobby of Manama’s Four Seasons hotel, where the workshop was held, journalist Jack Moore wrote that he was “was left speechless by the Davos-esque Conflab” he had witnessed during the two-day event. In a widely-circulated Twitter thread, he described a gathering of shady private sector grandees, all male panels, and patronizing U.S. flippancy toward absent Palestinian officials. In his opening speech, Jared Kushner described his vision for an economically vibrant West Bank and Gaza without broaching the political context in which such development might take place. Other participants had spent so little time on the ground in Palestine, that they mispronounced names of well-known places. Meanwhile, the head of FIFA touted the virtues of football as a means of “contribut[ing] to change” in the region. When the numbers were crunched, it was clear that the U.S. government was looking for a way to offload the major costs of economic investment to the Gulf states and private investors, shouldering even less of the paltry amount they now provide in the form of economic assistance in the occupied territories.

This opportunistic spirit of Manama fit with a broader pattern of pushing the Palestinians into a corner. During several interviews in the run up to the Bahrain Summit, Kushner reinforced the approach of excluding the PLO while dismissing fears of American imbalance. Asked if he understood why the Palestinians did not trust him, Kushner responded curtly, “I’m not here to be trusted.” As the Palestinian historian Rashid Khalidi has argued, this “neocolonial arrogance” of the U.S. administration is a throwback to the British Mandate and the notion that Palestinians are not quite ready to govern themselves.

Israeli leaders have also promoted this paternalistic view. The former Education Minister and leader of the right-wing Jewish Home party, Naftali Bennett, for example, called for the Palestinians to govern themselves “in all aspects barring two elements: overall security responsibility and not being able to allow the return of descents of Palestinian refugees.” When asked whether his vision would provide self-determination for Palestinians, Bennett demurred. “It’s unrealistic…the Stability Plan is only partial self-determination, but in the real world you have to make compromises.”

Since Trump’s election the alignment between the U.S. and Israeli governments has yielded a series of transformative developments that in practice put an end to the two-state solution.

The most widely publicized of these developments was the relocation of the U.S. embassy from Tel Aviv to Jerusalem. With this move, the U.S. indicated that it no longer regarded as legitimate the Palestinians’ claim to East Jerusalem as the putative capital of their future state. The U.S. also closed its consulate in East Jerusalem, which had served Palestinian residents of the occupied territories; and it ordered the Palestinian mission in Washington D.C. to close, ending the official Palestinian diplomatic presence in the U.S. capital.

The U.S. withdrew its funding to UNWRA, the United Nations agency that provides essential services, like education and medical care, to over five million Palestinian refugees in Lebanon, Syria, Jordan, Gaza, and the West Bank. The State Department denied visas to prominent Palestinian figures who had been visiting the U.S. for years — including PLO executive committee member Hanan Ashrawi, who received her PhD from the University of Virginia. In addition to adopting a policy of complete indifference to Israel’s ever-expanding settlement expansion in the West Bank, the U.S. removed the word ‘occupied’ from government documents. When Netanyahu campaigned in the recent national election partly on a promise to annex the West Bank, which Israel has occupied for 52 years, the Trump administration did not even respond, even as it has chosen a permissive attitude towards the growing Israeli call for annexation of the West Bank. In all these ways, the conflict has returned to a pre-Oslo paradigm. The Palestinians are, as it were, stuck back in the 1980s.

Rather than simply lament the circus in Bahrain, the Palestinian leadership must look for a meaningful way to respond to this diplomatic farce. Some Palestinians have argued that since the Oslo Agreement has been fatally violated, the Palestinian Authority should formally be dismantled. Those who oppose this move say it would cause harm to the Palestinian population, and perhaps even lead to the outbreak of violence. Another historical parallel to consider is the PLO’s position following the 1978 Camp David Accords between Egypt and Israel. Abandoned by Egyptian President Anwar al-Sadat, sidelined in autonomy talks over their future without participation, surrounded by an expanding ring of Jewish settlements in the West Bank and Gaza, the Palestinians were forced to confront both political efforts at state prevention followed swiftly by the 1982 military intervention in Lebanon and Israeli attempts to defeat the PLO in its Beirut stronghold.

This moment of acute crisis was also an opportunity for Yasser Arafat and the Palestinian leadership to rethink the future of the national struggle. After the PLO was forced to retreat from Beirut in 1982, Palestinian political activists in Gaza and the West Bank forced a shift of power away from the exiled leaders, now based in Tunis, and a new reckoning with their demands, culminating in the outbreak of the first Intifada in December 1987. The mass grassroots protest against the then 20-year old occupation led to tangible results: the U.S. finally recognized the PLO; and by the early 1990s the Israelis began to engage with the Palestinian political movement. With that same occupation now extending over five decades, what new opportunities might be seized beyond the fulsome rejection of the Trump administration’s effort to impose what one Palestinian playwright has called a “slumlord’s peace”?

In the summer of 1986, the Palestinian political activist and intellectual Sari Nusseibeh toyed with an idea that might shake up the paradigms of political discussion. Writing in the newspaper Al-Mawqef, he posed a thought experiment about which situation was preferable: “autonomy or annexation with full equal rights [for Palestinians] in Israel?” In his view, freedom through the ballot box would give Palestinians joint control over their own lives and the lives of their Jewish neighbors. He soon appeared on a leading Israeli political talk show alongside one leader of the settler movement, who was startled by Nusseibeh’s argument. Either Palestinians would get a state of their own, or Israel would have a battle for equal rights on its hands. Suddenly, the left-wing Labor Party began invoking fears of a “demographic threat” as a means to accelerate negotiations, while the Israeli representative to the UN noted that “If Palestinians begin to think like this, then we’ve really got something to worry about.”

These fears remain highly relevant today. What happens when the political conflict is framed as a conversation about equal rights, access, and citizenship? The government of Israeli Prime Minister Benjamin Netanyahu is acutely concerned about the rhetoric shifting in this direction, a fear underscored by the backlash against the movement for Boycott, Divestment, and Sanctions (BDS) as a means of pressuring Israel in economic, cultural and diplomatic realms. Recent efforts to criminalize BDS, and to label it anti-Semitic, underscore how far this battle of delegitimization can go.

In the face of these developments, advocates for an equitable solution to the Israeli-Palestinian conflict must continue to push for a values-centered approach where the language of rights and equality for Arabs and Jews remains at the center of political discourse. Trump himself was quick to dispose of the two-state paradigm in his first meeting with the Israeli Prime Minister, telling reporters he was not wedded to the idea of territorial partition. But rather than promote an equitable alterative, his administration has tipped the scales firmly in one direction. To reverse this sense of defeat, a reorientation of the parameters of debate is in order. Rather than haggle over the crumbs of economic peace, there needs to be a clear demand for meaningful sovereignty and citizenship—along with the means of leveraging that equitable future—in whatever political constellation might eventually emerge.

A return to the 1980s can evoke retrograde politics, but it is also an opportunity to interrogate the political imaginaries that took hold at the end of the Cold War, and to imagine alternative paths not taken. Could contemporary developments offer a chance to rethink the Palestinian future, moving away from territorial division and statist demands? Are there lessons to be learnt from Nusseibeh’s earlier calls for annexation alongside Netanyahu’s promise of implementing a more restrictive version? Might this crisis provide a viable way for Palestinians to firmly back out of the narrow Israeli and American corner? The current political landscape might appear calamitous, but Trump and Netanyahu will not last forever. Even as the foolhardy mandarins like Jared Kushner, Jason Greenblatt, and David Friedman demand Palestinian surrender, the threat of being vanquished can also be redirected in bracing new directions.

What happens when the political conflict is framed as a conversation about equal rights, access, and citizenship? 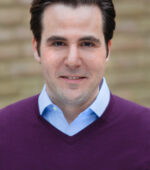 Seth Anziska is the Mohamed S. Farsi-Polonsky Lecturer in Jewish-Muslim Relations at University College London. He is the author of Preventing Palestine: A Political History from Camp David to Oslo (Princeton University Press, 2018).

Seth Anziska is the Mohamed S. Farsi-Polonsky Lecturer in Jewish-Muslim Relations at University College London. He is the author of Preventing Palestine: A Political History from Camp David to Oslo (Princeton University Press, 2018).