New York’s limousine liberals seem to care more about preserving the value of their homes than the lives of the homeless. 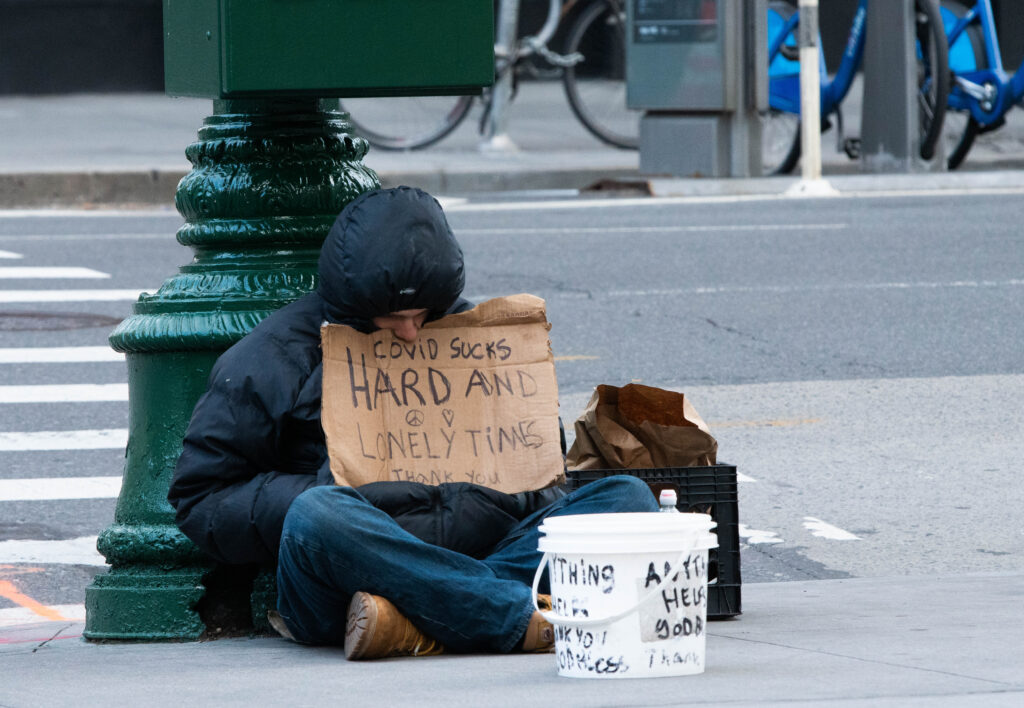 No one wants to talk about this, but it’s true: A lot of Americans had a fantastic year in 2020. According to Forbes, we can reliably place that number around 43 million, since 14 percent of American families are directly invested in the stock market. And, wow did it perform! As the financial capital of the world, New York City has a good many denizens riding high. But for the 20 percent of New Yorkers who live below the federal poverty line, most of whom are Black and Latino, the pandemic year was a catastrophe. At the beginning of 2020, before COVID-19 hit, New York already had a jaw-dropping wealth gap that saw the top one percent of the city’s residents living on an income 113 times that of the bottom 99 percent. The pandemic hit New York particularly hard, but it was Black and Latino people who suffered the most: They were four times as likely as their white neighbors to lose their job or die from COVID-19.

As New York emerges from the pandemic and is poised to elect a new mayor, we have a prime opportunity to address the chasm between the city’s purported values and the money that floods its economy, money that isn’t reaching enough people. I know this chasm well. Throughout the pandemic, I stayed in my apartment in Chelsea, a neighborhood that is home to the world’s most expensive art galleries — and to extensive low-income housing projects. I had a front-row seat to this divide—and how my neighbors behaved around it over the turbulent past year. In March 2020, I contracted a relatively mild case of COVID-19 and recovered within 10 days. Getting sick and recovering so early on put me in a state of enormous cognitive dissonance—in which I have remained suspended ever since.

In May, a mobile morgue sprang up a few blocks from my apartment in a long, white trailer; my 52-year-old cousin died from Covid alone in a Long Island hospital; and the police broke up a crowd of would-be diners lining up for $70 veal parm take-out at Carbone, an exclusive Italian restaurant in Greenwich Village. As they used to say on Sesame Street: One of those things was not like the other! (NB: The incident at Carbone was, as far as I can recall, the first and last time the NYPD molested a crowd of wealthy white people during the pandemic.)

Next came the civic education of June, the rage and the protests. I made my protest sign, and I did my share of marching. Right-wing pundits sneered that this was a pastime for the unemployed; left-wing memes countered that capitalism is what keeps you down, too preoccupied with paying rent to raise a fuss. I would argue both had a point. After my own building was looted one night, I returned from the protests the following day to find the lobby under private armed guard.

So, I did what any tightly-wound, concerned New Yorker would do at such a juncture: I joined my block association. What happened next was the closest thing to a political awakening I’ve had in my extremely coddled existence. Not long after police wielding nightsticks broke up 2020 Pride, we had a meeting with the 10th Precinct. Naturally, idiotically, naively, I assumed my neighbors were a little concerned about police violence. Most of the block association’s members are a generation older than I am. This meant they had lived through another plague: AIDS. They had fought for their rights and watched their friends die. Surely, they would be on the side of these protestors!

Well, it turns out property ownership changes things a little. Apparently, they were terrified. Yes, the building had been looted, but even Captain Kevin J. Coleman, the commanding officer of the 10th Precinct, assured my neighbors that the culprits were from Upstate New York and had nothing to do with the protests: They were opportunists from out of town. This explanation didn’t land. The captain apologized profusely, repeatedly. This, mind you, was the same police force that had kettled me at a protest weeks earlier, a mere 12 blocks away; but on our block association’s Zoom call, they were basically my valet service.

Why, my neighbors whined over and over during this call, were there so many homeless people—“unhoused,” the captain was quick to correct—and why did they have to come here? (I would like to add that some block association members were good enough liberals to learn the first names of the people living on the sidewalks.) When someone asked about the much-publicized summer spike in gun violence, the captain assured the block association that there had only been one local shooting and no deaths in the area; that is, if you excluded the housing projects on Ninth Avenue—i.e., our other neighbors, the ones not in the block association. (Lest you think I am exaggerating; I do have a recording of this meeting in my possession.)

The members of my block association were not alone in failing to live according to their purported values. The shameful evictions at the Lucerne Hotel soon followed: Tony Upper West Siders forced homeless men out of their temporary housing at a pandemic-emptied hotel, throwing them back into the vicious cycle of uncertainty with which the unhoused must contend. I’d bet good money that most of those uptown locals who lobbied for the eviction voted for Biden in November. And, hey, I’m grateful they did! But this realization, and the nail biting, gut-wrenching stress of the presidential election, made me realize that there was a very clear division of labor between local and federal government—especially as a New Yorker.

After the events of 2020, it’s clear we will not get anywhere if we frame progressivism as a national project. The Democratic Party defeated Trump and that’s a wonderful thing. But, pretending it has anything to offer in terms of the politics of wealth, policing, and public health in New York City is absurd. On a basic level, what can a party that simply takes our state’s electoral votes for granted offer us? (The New York Times’s Farhad Manjoo wrote an insightful column that describes similar feelings about California, where he lives.)

In other words, the Democratic Party is merely a bulwark against fascism—nothing more, and nothing less. It’s utterly inept at helping anyone on the ground. I am completely cynical about the federal government, yet bone-weary of false equivalency. I’ve come to accept that the United States will continue to fight its abhorrent wars abroad, no matter who is in office, and that my federal taxes will be used to fund them. I see this as a mere tithe. But what happens in my city is of desperate and deep importance to me.

Right now, as millions of New Yorkers suffer from illness and poverty caused or exacerbated by the pandemic, the municipal government must help the poor. The rich in New York are extremely wealthy. They can literally afford to fight City Hall. If, on a national level, I’m fine shaking hands with a centrist or even a never-Trump Republican, I am basically a Marxist on a local level—especially in primary season. Right now, the subways don’t work, the school system is in chaos, and housing insecurity is endemic. Since the federal government will not step in, the local government must—even if doing so means an adversarial relationship with the wealthy. I’m confident that anyone who thrived financially during the crisis can figure out how to eke out a living during the recovery. Surely, the rich have bootstraps to spare. They shouldn’t be the concern of New York City’s mayor.

In another context, I might use this conclusion to tell you why New York is the greatest city in the world. If you disagreed or complained, I’d muster enough local color to tell you to keep it moving. Instead, I’ll say this: I believe progressivism lives or dies in the details. Those details inherently vary from place to place. We can cooperate as a nation while understanding our needs to be substantively different at the local level. Perhaps we can find more unity on the Left as a country if we are able to give one another more breathing room on a municipal level. So, allow me to take the space in this conclusion I’d reserved for my civic pride and instead ask you to write this piece about your own city or town or village. I’d love to read it! After all, as Tip O’Neill liked to say, all politics is local.

The city is full of wealthy Democrats who voted for Biden but are more worried about protecting their property than caring for the homeless. 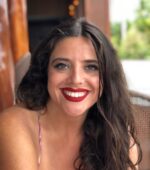 Cara Marsh Sheffler is a New York-based freelance journalist and editor whose work appeared most recently in The Guardian. Her book "Domestic Terrorism," a collaboration with artist Johannah Herr, is presently available at Perrotin Galerie and Mast Books. Their second collaboration, "Banana Republican Recipes," is debuting at NADA on Governors Island May 8, 2021 and will remain on display through August 1. Follow her on Twitter @carasheffler.

Cara Marsh Sheffler is a New York-based freelance journalist and editor whose work appeared most recently in The Guardian. Her book "Domestic Terrorism," a collaboration with artist Johannah Herr, is presently available at Perrotin Galerie and Mast Books. Their second collaboration, "Banana Republican Recipes," is debuting at NADA on Governors Island May 8, 2021 and will remain on display through August 1. Follow her on Twitter @carasheffler. 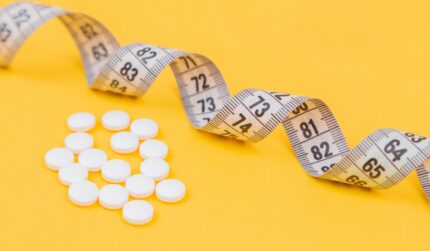 Dreaming big: the politics of preaching body acceptance in a fat phobic society 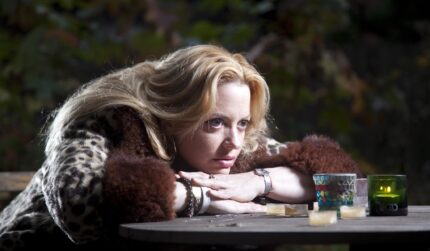 The personal (even on Prozac) is political: Elizabeth Wurtzel’s literary legacy 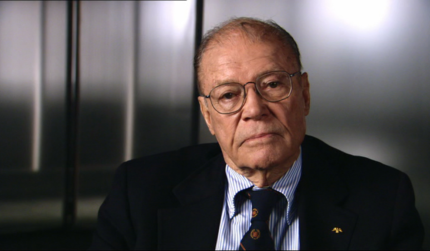 The fog of overachieving: from Robert S. McNamara to Donald J. Trump