No Black mother has ever had the privilege of living in ignorance of the dangers America poses to her children. 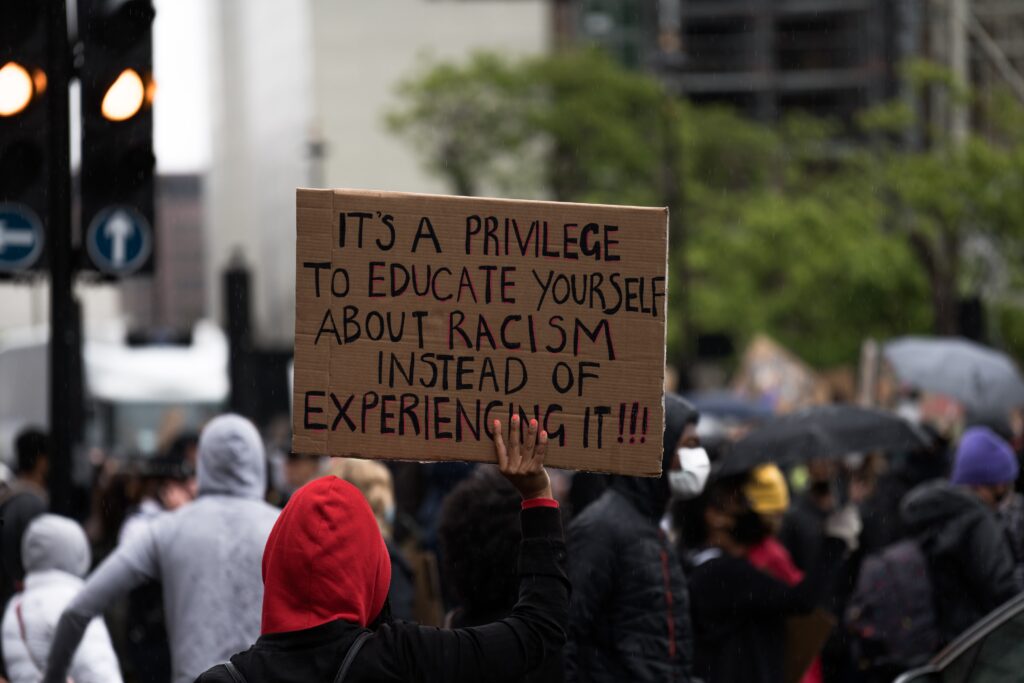 While George Floyd took his final breaths under the knee of convicted murderer Derek Chauvin, I was frantically working on my Russian reading skills. I was due to begin my Ph.D. in the fall, and the Russian reading exam loomed large in my head. Then George died.  The police murdered him. My Black life shifted in a way that was, and is, hard to articulate. I did not expect his death to become the symbol of an international movement to show the world that Black lives mattered. But it did.

I do not believe in characterizing George Floyd as a martyr because he did not intend to die that day. He did not choose to give his life to force this country to come to terms with its racism. I was raised Catholic. I know that martyrdom implies agency, willingly giving one’s life for God. George Floyd had his agency and his humanity denied. George Floyd. Breonna Taylor. Ahmaud Arbery. Daunte Wright. Adam Toledo. Their names, their lives, their last moments on Earth, taken from them. So, I disagree with Speaker Pelosi, who said, after the jury convicted Derek Chauvin of murder, that George Floyd had sacrificed his life for justice.

George Floyd did not give his life for America to learn or appreciate anything. He was sacrificed to the institution of white supremacy.

I was cynical at the outburst of activism following George Floyd’s state-sanctioned murder. Overnight, everyone had #BLM in their Tweets and Instagram posts. Amazon and Netflix wanted me to know that Black people mattered by enticing me to purchase goods packaged by non-unionized workers who have few labor rights. Suddenly, Blackness was profitable. What struck me—annoyed me—was the outpouring of posts on social media that expressed variations of, “When George Floyd cried out for his Mama, he called all mamas.” That angered me because it showed how white supremacy protected white mothers. Neither my Black mother, nor George Floyd’s Black mother, nor any Black mother has ever had the privilege of living in ignorance of the dangers this country poses to their children.

My younger brother is a shy, powerlifting 19-year-old. His body is seen as a threat. I’ve always known, and my parents have always known this. I did not understand why my parents were so strict with us, but now I do. There was a reason I could drive at night only after I let them know where I was going and what route I was taking. The same rule applied ten years later to my little brother. They needed to know because if anything happened in our small town with the police, they could get there. They could protect us as much as they could. I was not allowed to drive in the city. I could not have more than two additional people in my car. My parents were trying to protect me from a world that wanted to destroy my Black life and body. It is hard to mold these life experiences into a marketable Instagram post, but every week we see a new hashtag dedicated to a Black life the police have taken.

That George Floyd and Daunte Wright cried out for their mothers should not comfort us. It should not be a slogan. It is the damnation of this country and how it ends Black childhood much earlier than white. I am struggling with my own decision to have children. I do not know how Black mothers in this country bear this. Every time my brother gets behind the wheel, I am worried. When he comes over to mow the grass, I watch him buckle up and pull out of the driveway. I call our mom to let her know he just left and should be back within 25 minutes.

I do not know if I can carry a child for nine months—never mind my chances of surviving childbirth as a Black woman—to worry about that child’s life constantly. Black children deserve joy, happiness, a safe childhood. I do not know if I can guarantee that for my child. I recall a quote from one of my favorite films, The Crow.  In it, Eric Draven holds an intoxicated woman’s head up and says to her, “Mother is the name for God on the lips and hearts of all children.” That quote has stayed with me since I was 13. When I think of George Floyd calling out for his mother (I refuse to watch the video of his murder, or anyone else’s), his name for God, before his last breath, I break down. How can I bring a child into this?

Honestly, Chauvin’s trial was not high on my radar. As I mentioned on my social media, I learned long ago not to expect this country to find guilt in state-sanctioned murder. I remember waiting with bated breath for Trayvon Martin’s murderer, George Zimmerman, to be found guilty. Nothing. Eric Garner’s killer? No criminal charges. Michael Brown’s killer? No indictment. As the saying goes, when someone shows you who they are, believe them. I believe America. I did not expect a guilty verdict. When I saw the verdict was to be handed down while I was in a seminar, I told myself I would check Twitter after, so my anger would not interfere with my processing of the talk. That’s how I cope with the constant anger and grief I hold in this Black body, avoidance and keeping busy. This is not healthy, but it is how I can function.

My phone went off a few times during the talk. My Black friends. “GUILTY.” “WE GOT HIM.” I had to turn my camera off and cry for a few minutes. I cannot tell you why crying was my immediate reaction. Perhaps I felt relief. Finally, they see what they do to us. The jury found him guilty on all three counts, but without the video provided by a 17-year-old Black child, would the verdict be the same? I doubt it. And at what cost did the judgment come? Darnella Frazier is traumatized. I want to shield her from this world that brutally ended her childhood as she bore witness to his murder. This country devours its Black youth.

My joy about the verdict was fleeting. One of the first thoughts in my head, after I finished crying, was, “we need to be careful.” I believe America. I did not expect this triple guilty verdict to go down peacefully. I even tweeted that Black folks need to be careful (as usual) because they (the police) still expect their pound of flesh. I was right. Near the time of the announcement of Chauvin’s verdict, another Black child, Ma’Khia Bryant, was shot to death by the Columbus, Ohio police. I did not expect the pound of flesh to be taken so soon.

In my sociology seminar, my professor had us watch a short clip of Maya Angelou. In it, she quotes another scholar, who says, “I am a human being, and nothing human can be alien to me.” It is impossible to improve on the words of brilliance, but I would say, “I’m a Black American woman, and nothing American can be alien to me.” I believe America. Black people have always believed America. We do not need slogans, nor Kente cloth-clad Members of Congress who maintain the institutions that oppress us. We need systematic, intentional, deep-seated foundational change. Our oppression, our struggle, our humanity must be recognized because it most certainly exists. Most of all, we need everyone else to believe America because it sure as hell sees Black people, and America takes what it wants.

George Floyd was not a martyr. He did not intend to die; he did not willingly give his life for God. He was sacrificed to the institution of white supremacy. 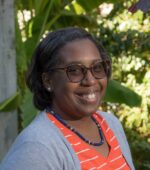 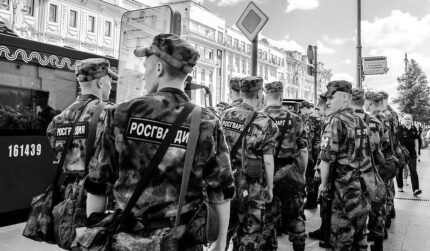 Russia as a mirror of American racism