Even peaceful, prosperous Canada is not immune from the populism that thrives on tribal anxiety and prejudice. 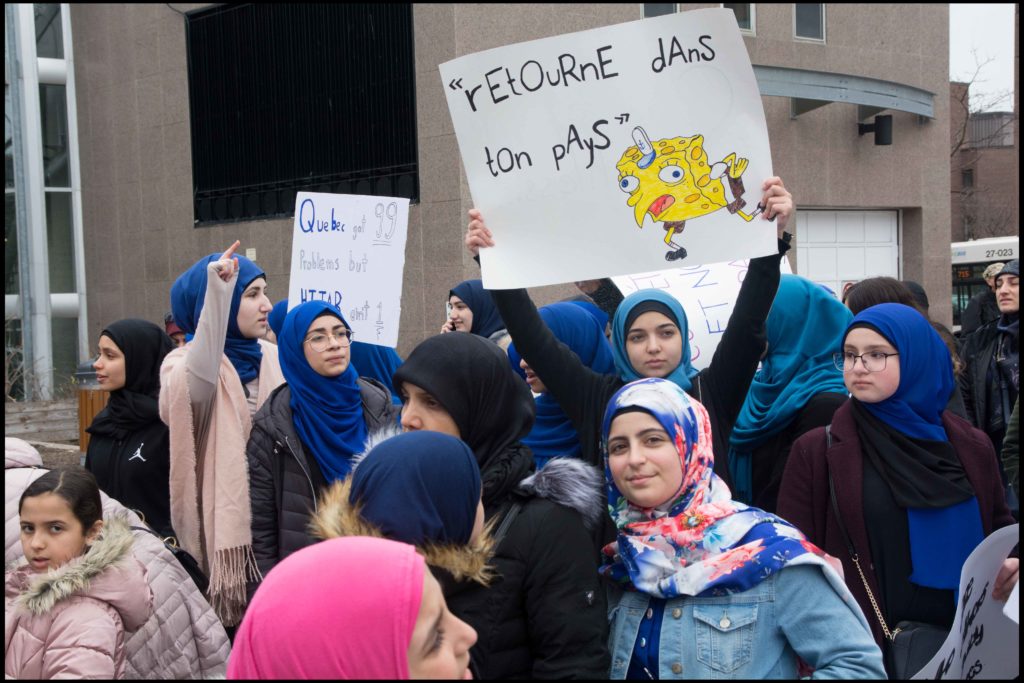 Last week Quebec, Canada’s second most populous province, passed a law that bans public employees from wearing religious symbols at work. Known as Bill 21, the law would force public school teachers, police officers, Crown attorneys, and judges who wear hijabs, turbans, or yarmulkes, to choose between their religion and their profession.

Quebec is not the only democracy to enforce this type of ban in the name of separation of religion and state: France bans Muslim women from wearing a burqini to the beach or a headscarf to teach in public schools; and Turkish law prevented women who wore the hijab from working as public servants or even attending university until 2013.

But Canada’s international reputation is, not unjustifiably, one of tolerance and acceptance. The federal government has pursued a policy of multiculturalism since 1971, and more recently Prime Minister Justin Trudeau set a widely lauded example when he opened Canada’s doors to over 25,000 Syrian refugees.

Across Canada, Quebec’s new law is controversial at best. Legal scholars have suggested that it violates Canada’s Charter of Rights and Freedoms, while the city of Brampton in the neighboring province of Ontario has voted to support a legal challenge against the law. Meanwhile, the vast majority of Quebecois — beyond the multicultural city of Montreal — approve of the new law.

Why do Quebec attitudes toward multiculturalism and religious practice differ so starkly from those held in the rest of Canada? The complex answer is found in Quebec’s post-World War Two history.

During the 1960s Quebec underwent a radical social transformation known as the Quiet Revolution. In a single decade, the once impoverished and largely agrarian province transformed itself from a society dominated and controlled by the Catholic church, which overwhelmingly dictated public mores and laws, to a modern, staunchly secular province that rejected religion and its institutional power. Between 1960 and 1970, Quebec’s birth rate declined from Canada’s highest to its lowest; and its once heavily attended churches are now used as restaurants, gyms, and performance spaces.

The process of secularization applied to all of the province’s public institutions, from its schools and universities to its hospitals and welfare system. It was accompanied by a resurgent national identity that rested on the twin pillars of the French language and secularism. Quebec is today a prosperous middle class society with a comprehensive social welfare system administered by the province rather than by the Church.

Sixty years later, many in Quebec see Bill 21 as the next necessary step in that evolution and an extension of that same social project. But nothing could be further from the truth.

The Quiet Revolution was a peaceful social movement that forever altered Quebec’s political and social landscape. It allowed the French-speaking majority to establish its primacy on the political, social, economic and cultural stage at both the provincial and the federal level. But the current movement is not about promoting the rights of the majority. Rather, by seeking to establish secularism as part of Quebec’s national identity, the provincial government is sacrificing the rights of the province’s minorities. A movement that was once about positive self-affirmation is now simply a reactionary rejection of others.

Ignoring its critics and refusing to debate, the government’s center-right Coalition Avenir Quebec (CAQ), led by Premier François Legault, rammed Bill 21 through the legislature by preemptively invoking Section 33 of the Canadian Charter of Rights and Freedoms, which is a rarely-used override power often referred to as the “notwithstanding” clause. In other words, the CAQ circumvented both the Quebec and Canadian Charter of Rights and Freedoms, thus preventing the new law from being struck down in court for the next five years. It also shut down debate by invoking closure, and by introducing last-minute amendments that outline surveillance powers for the ministry and rules of enforcement.

The secularism championed by Quebec’s Quiet Revolution stemmed from a deep-rooted and understandable desire by the French-speaking majority to rid itself of the Catholic Church’s asphyxiating control over the government and reaffirm its proud transformation into a modern, secular French-speaking state. In sharp contrast, Bill 21, a far more restrictive form of secularism imported from France, is primarily motivated by Quebecers’ antipathy for religion — primarily non-Christian faiths. This is not religious neutrality: it is religious persecution. The overwhelmingly white French speakers of Quebec are succumbing to anti-Muslim prejudice.

The populist CAQ tapped into this prejudice during the November 2018 election campaign; it now bases many of its legislative decisions on people’s fears rather than on facts.

Bill 21 is a response to the zeitgeist. The fear of Muslims that started with 9/11 spread to Quebec, bringing with it the impression that the government was making too many concessions to religious minorities. In 2006, Quebec created a special commission to study the “reasonable accommodation” of cultural minorities’ religious practices, in response to the perception that religion was making a comeback in the public sphere. In 2013, the Parti Quebecois, the nationalist party that ascended to power on the back of the Quiet Revolution in the mid-1970s, attempted to implement their questionably named Charter of Quebec Values, which sought to ban “ostentatious” religious symbols. The initiative failed miserably and the party was defeated by the Liberals. In 2015, Quebec’s Liberal government introduced their own version of secularism in Bill 62, which would prevent Muslim women wearing a burqa or a niqab from receiving government services. That, too, failed.

In 2019, Premier Legault’s government decided to circumvent the democratic process and put an end to long-standing debates on how to accommodate cultural minorities, by basically not bothering to accommodate them at all. His party’s goal is a homogeneous public face.

Legault, who denies that systemic racism or Islamophobia exist in Quebec, readily admitted in an interview with Radio Canada, Canada’s French-language public broadcaster, that Bill 21 “was a concession to people who are a little racist and don’t want to see religious symbols anywhere in public.” In a follow-up televised interview with the English-language CBC, Legault side-stepped the question of whether he felt empathy for a public school teacher who would have to remove her hijab if she wanted to keep her job.

Exclusionary populism is defined by pandering to irrational fears and “solving” non-existent problems. Quebec has seen no incidents of religious proselytism or registered any complaint of bias by a public servant wearing a visible religious symbol. And yet hate crimes against Muslims have increased. Only three years ago, Alexandre Bissonnette entered a Quebec City mosque and gunned down six worshippers.

In a brazen display of hypocrisy, the same Quebec government that demands concessions from people who wear visible religious signs has decided that schools and hospitals will not have to remove the crucifixes from their walls because they’re classified as “heritage” items. Private schools, most of which are Christian, are also exempt from Bill 21. In the meantime, a crucifix still hangs on the walls of the National Assembly and most schools and city streets are still named after Christian saints.

Despite the CAQ’s insistence that the new law is meant to further Quebec’s commitment to secularism, a recent poll clearly points to prejudice against Muslims as the main motivator. Numerous French-language columnists and TV shows routinely discuss the “Muslim invasion” and a need for Quebecers to reassert themselves “before its too late.”

Meanwhile, Quebec’s largest French-language school board has announced that it will not apply the religious symbols law until it studies it further. The English School Board of Montreal has also said it will not comply with the law, although the government insists that it will not accept any delays. Civil liberties and Muslim groups have already vowed to challenge the bill and have filed an injunction in Quebec Superior Court, where a hearing is scheduled for July.

Bill 21 might feel like a win for the Legault government and its supporters, but it has created a divisive and contentious social climate. The legislation has been met with many legal challenges and by stinging criticism around the world. It could lead to a brain drain, as people who feel unwelcome in Quebec decide to live elsewhere. The CAQ might soon discover this “win” is more akin to a smugly defiant Pyrrhic victory.

In many ways, the legislation is an unfortunate manifestation of increasing concerns over immigration and its impact on Quebec’s national identity. But populism, which often seeks to provide simplistic solutions to complex problems and encroaching fears, is all the rage these days and certainly not unique to Quebec. From Brexit in the U.K., to The League in Italy, to Trumpism in the U.S., to Marine Le Pen in France, homogenous majorities struggle to come to terms with increasing diversity and religious plurality. In a 2005 opinion piece for The Times, Salman Rushdie writes:

In the age of mass migration and the internet, cultural plurality is an irreversible fact. Like it or dislike it, it’s where we live, and the dream of a pure monoculture is at best an unattainable, nostalgic fantasy and at worst a life-threatening menace.

The shifting relationship between nationalism, religion, and secularism continues to inform current debates about Quebec’s identity. Unfortunately, the deep-seated anxiety French-speaking Quebecers feel about their demographic future has caused it to justify exercising the same dogmatic social control on people’s appearance and way of life that, ironically, the Church once held.

Why do the attitudes in French-speaking Quebec toward multiculturalism and religion differ so starkly from those held in the rest of Canada? 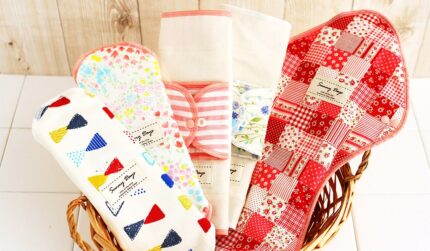 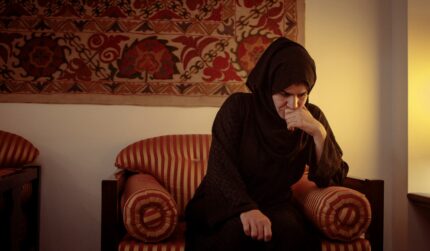 Afghanistan’s female judges lost everything when the Taliban took over 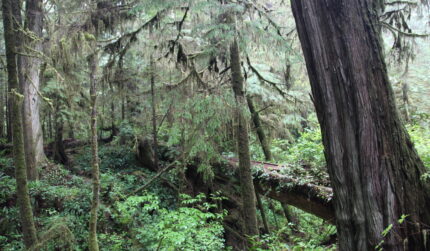