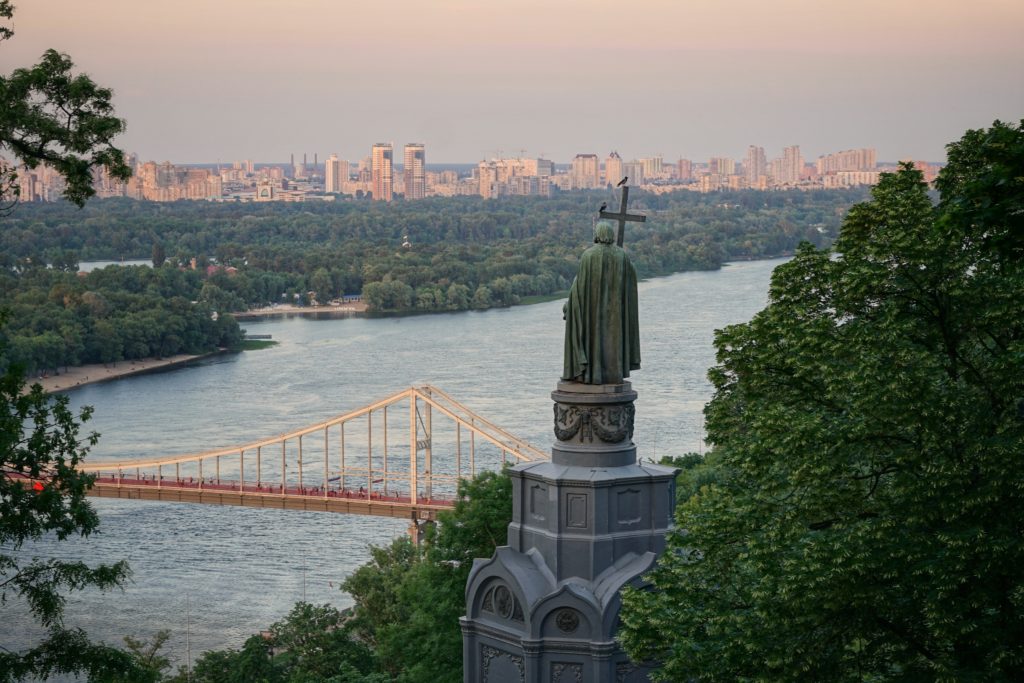 I am a black man in America, which means I am physically vulnerable all the time. The United States leads the world in police killings of its own black and brown citizens, and ranks first in incarcerating them. Its education system disproportionately funnels black children through the school to prison pipeline. Millions of people  — many of them black — are disenfranchised from voting because they served time in jail for felonies. In many cases they never regain their right to participate  in American democracy. Despite all these obvious and well-documented injustices, the white majority believes America has the moral pedigree to tell the rest of the world how to handle its own internal affairs.

This attitude among white Americans speaks to an astonishing lack of self-awareness. The people who dominate and shape global conversations in the western and English-speaking world — think tank presidents, diplomats, foreign correspondents, and business executives  — are almost exclusively white men. They have no experience of the America I grew up in, and this limits their ability to understand the world.

As a black man who grew up in Detroit and then spent a good part of his adult life traveling and reporting in Eastern Europe, I have learned that white supremacy and imperialism are the same. The difference is that one is global while the other is domestic. Africa is least responsible for global warming but suffers most of its consequences, which are caused by the world’s leading powers. This is the type of visceral understanding gained from lived experience that the white men who dominate and shape the foreign policy conversation do not have. Their understanding of the world is thus limited, and the consequences are becoming increasingly clear: the American conversation about the world lacks nuance and insight; this undermines our ability to engage effectively — which, in turn, weakens both our own society and our place in the world.

America is not the world’s most successful democracy; nor is it an example for the world to follow. Its own legal system has kept black people from gaining any real electoral power at the local and national levels. In Florida alone, more than a million people convicted of felonies were disenfranchised from voting before a November referendum restored their rights; the current governor is trying to slow the restoration process. This is not a system to export. It is a system that must be changed.

If America’s white majority were truly interested in making sure that non-white voices were included in foreign policy discussions, they would first work to stop the disenfranchisement of people of color. Nor are teachers with unchecked racial biases qualified to shape the minds of the next generation of foreign policy thinkers.

Besides its many misguided military interventions, such as the now widely-reviled Second Iraq War, the U.S. also has a long-documented history of allowing its intelligence service to carry out assassinations against world leaders whose policies deviate from the administration’s. In the twentieth century the CIA backed the assassination of elected leaders like Chile’s Salvador Allende because he was a socialist, and helped engineer the coup that deposed Iran’s Mohammad Mosaddegh because he wanted to nationalize his country’s oil reserves.

The United States is accustomed to implementing its foreign policy via the barrel of a gun, which makes a twisted kind of sense for the most gun-toting country on earth with the second-highest number of gun-related murders of any industrialized nation. But if the United States wants to be an example to the world it must change its gun laws and change its ways. It must ban the sale and distribution of military grade weapons to law enforcement agencies that treat the communities they are supposed to serve like enemy combatants.

There is a saying in journalism that all politics is local. I’d argue that international politics is local and it’s impossible to deploy a diverse diplomatic corps if so many potential non-white recruits are disenfranchised or jailed.

I write for The Root, the largest black news site in America. I have the rare opportunity of covering national politics from the perspective of a black person with a black editor. I do not have to deal with a white male editor who might try to change my voice or question my using personal experiences to inform my reporting. I love working at The Root, but my ambition is to be a foreign correspondent. I have two graduate degrees in journalism and another in Russia area studies; I speak two Eastern European languages and can point to many other achievements. But I have never been invited to an interview for any foreign reporting job.

An editor at a mainstream newspaper once told me that I wasn’t qualified to write about U.S.-Russia/Ukraine relations because I was not a diplomat. This same publication has hired white people without any relevant credentials for foreign reporting positions. One of the recurring claims one hears in foreign policy circles is there aren’t enough qualified people of color to fill open positions. And yet, despite my qualifications, I cannot find a job as a foreign correspondent.

The lack of diverse voices in international news has a profound  impact on the coverage of countries like Russia, China, Nigeria and Ukraine. The foreign press corps in Moscow and Kiev are almost exclusively white. I am quite confident that the reporting from those regions would be richer and more nuanced if half the press corps were composed of black and brown reporters who had personal experiences of immigration and of police abuse.

In the United States the coverage of Russia over the past two years has been weak. Analysts have focused on Putin, at the expense of nuanced reporting about ordinary Russians. Our media has spent an inordinate amount of time trying to blame the Kremlin for the fact that millions of Americans decided to vote a white supremacist into the White House, even as they have refused to engage in a serious conversation about the white supremacy that played a far greater role in getting Donald Trump elected than Putin could have done.

Incorporating more ethnically diverse people into foreign policy spaces goes well beyond cherry picking brown faces that seem non-threatening to sit at the table. If the U.S. is to pursue an honest, effective foreign policy, it needs to recruit people who are willing to break from the neo-liberalism that underlies the racism in contemporary American society.

There is transparent hypocrisy in insisting that Russia remove its troops from Ukraine while threatening military intervention in Iran. America regularly condemns Russia and other nations over their abuse of LGBTQ people, even as black trans women in America are murdered at alarming rates.

Why diversity is important

Too many of our white diplomats are blind to this hypocrisy, because they are the products of an America that was built by and for them. There are too few people like me representing the United States at the table of global affairs, and this undermines the effectiveness of its foreign policy. Take Haiti, for example. Under the expansionist Monroe Doctrine, the United States deployed Marines to the island in 1915 to fend off German influence during World War I. But instead of helping to protect Haiti’s independence, the U.S. occupied the Caribbean country until 1934, exacerbating the theft of resources and political instability caused by French colonization. More recent U.S. policy towards Haiti hasn’t been much better. During the 1970s and 1980s successive administrations supported the violent  regime of Jean-Claude “Baby Doc” Duvalier, while Donald Trump stripped Haitians in the United States of their Temporary Protected Status and made them vulnerable to deportation.

House Democrats have held hearings on reparations for the descendants of slaves who were brought to America from Africa. The conversation needs to go global in the case of Haiti, with a hearing to address reparations for that country — or, better yet, a Marshall Plan.

Americans see their country as a global cop enforcing democracy around the world, but Putin, Kim Jong-un, China’s President Xi and Iran’s Supreme Leader Ali Khamenei see a state with dubious motives and a narcissistic worldview.

I am working to diversify the international affairs conversation through my fellowship at Global Strategists Association, a non-profit organization that helps people from the black diaspora to engage in foreign policy spaces. Most of our events are held in spaces that are majority people of color, and look at domestic and global issues through the lens of blackness. Founder Apprecia Faulkner created the organization after encountering obstacles that prevented her from persuading white-dominated organizations to open up for black participants. I and other fellows are benefiting from her efforts, but the fact that she had to build that space illustrates the problem: America’s foreign policy circles are not interested in being as diverse as the image of America they sell to the world.

The United States needs to carry out a major makeover of its domestic politics so that it is committed to all of its citizens, and not just the white ones. Only then can America truly promote an honest foreign policy that is not predicated on exploiting the world’s most vulnerable people — which is precisely what it does to its own minority groups at home.

There are too few people of color representing the United States at the table of global affairs. 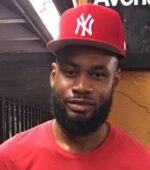 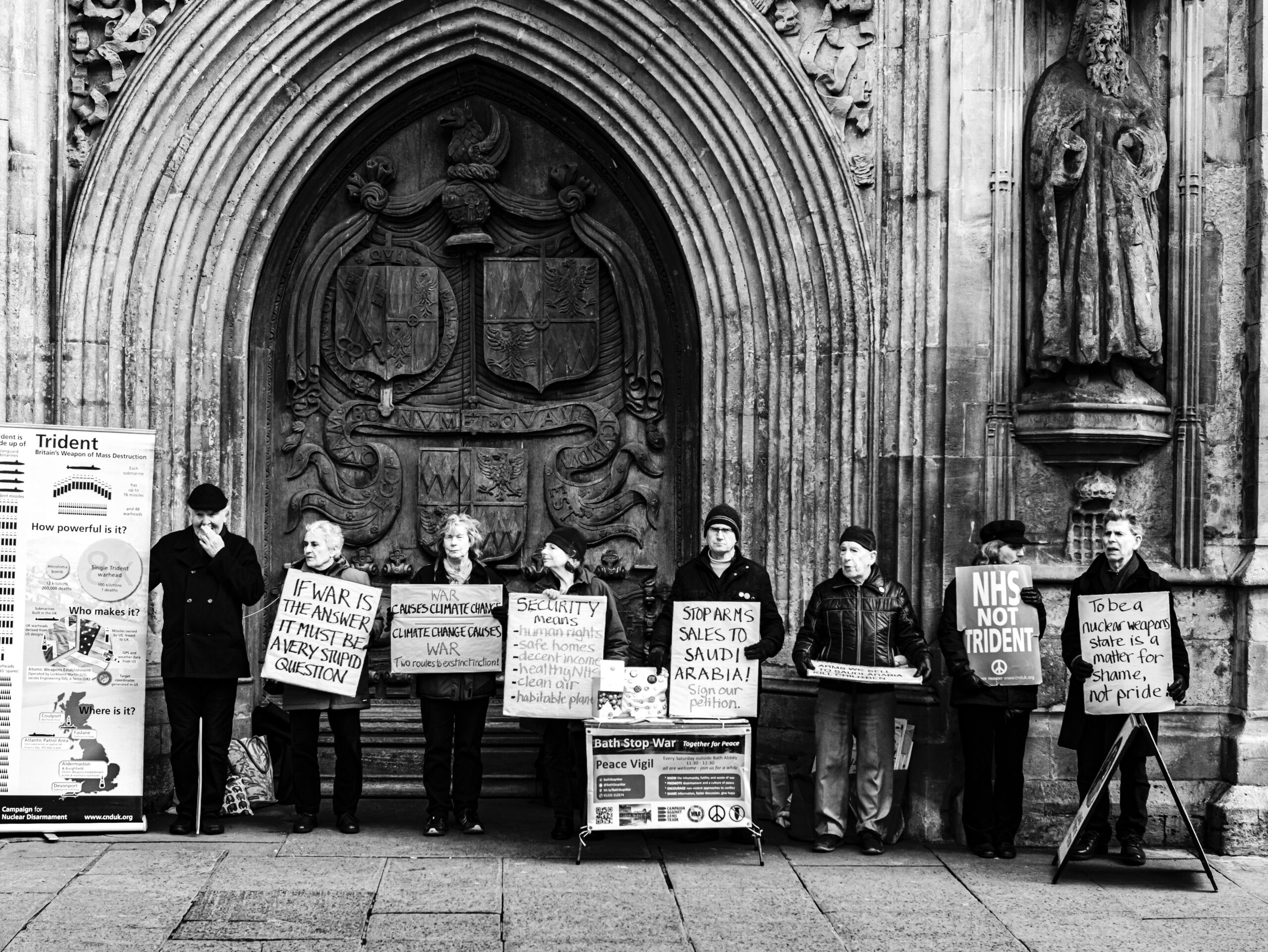