On hurricanes, power, and the people the Inflation Reduction Act leaves behind.

On July 28, Puerto Rican reggaeton artist Bad Bunny’s message was heard by a record-setting audience of 18,749 at San Juan’s José Miguel Agrelot Coliseum and beyond, to all those watching on Telemundo, then countless others as the clip went viral on TikTok in the days following. It was the first of three sold-out concerts—and he was telling Puerto Rico’s only electric company to go to hell.

True to his ethos of representing the archipelago first and foremost, Bad Bunny was speaking of a very specific local problem. It has been five years since the category five Hurricane Maria devastated Puerto Rico and its electricity system, yet most households still experience brief blackouts daily. In the same concert, the artist noted that it’s only in his own country that he must perform with fifteen generators to ensure the show goes on. And it wasn’t his first time speaking out on this issue: “El Apagón,” meaning “the blackout,” has been the break-out hit off the now global superstar’s latest album, Un Verano Sin Ti. The video for the song was released on September 16 and intersperses the usual music video party scenes with a documentary by independent journalist Bianca Graulau, talking of colonial displacement and gentrification. It also repeatedly calls LUMA out by name.

LUMA is a power monopoly, the only option for all residents of Puerto Rico, and was installed in June of 2020, replacing the public energy company PREPA (Puerto Rico Electric Power Authority). While LUMA was ostensibly hired to fix a faulty electric grid, Puerto Ricans have experienced rate increases over two years without broadly improved service. A nearly five-day blackout in April has seen LUMA sued by four food corporations for damages, and on July 20, there was a protest against their business that marched from the Capitol building to the governor’s mansion. “Fuera LUMA” is the call—LUMA Out. This hasn’t led to change. On August 7, Centro Médico, a main hospital, lost power for twenty hours and women were reportedly given Tylenol during cesarean procedures. When I started writing this, another complete blackout had befallen much of the San Juan metropolitan area; another large protest on August 25 saw police gassing crowds and assaulting a photojournalist; and now, Hurricane Fiona, which made landfall on September 18, has caused an archipelago-wide blackout once again.

I am a food writer, reliant on my stove and with a packed fridge. Being able to cook is survival for me in more ways than the obvious, and that means a gas stove is not a luxury but a necessity, especially during a blackout. Puerto Rico, officially a territory of the U.S. that functions more as a colony, pays more than double the average rate for energy than in the States: 33 cents per kilowatt hour versus 14 cents. Because of this, both in terms of cost and practicality, using gas isn’t just one option in Puerto Rico—for many, it’s the only option. The archipelago derives 97 percent of its energy from fossil fuels, leaving only 3 percent usage from renewable sources such as solar, wind, and water. Most believe LUMA (and, by extension, the U.S.) is largely to blame: It’s the Financial Oversight and Management Board, which the United States Congress created to oversee and approve Puerto Rico’s budget without any Puerto Rican voting representation, that has imposed austerity measures on education and public pensions while also imposing a privatized energy monopoly.

Yet this is the backdrop against which I have heard calls to “Electrify Everything,” calls that will get louder because of subsidies and tax incentives built into the new Inflation Reduction Act passed by the U.S. Congress and swiftly signed into law by President Joe Biden in August. The act provides homeowners who switch to appliances like induction stoves with $840, presenting the greening of this sector—now nationally 61 percent reliant on fossil fuels—as a problem to be solved by the market, not regulation or investment in public utilities.

Like most U.S. policies, it also leaves Puerto Ricans to fend for themselves. “City leaders, lawmakers, and climate activists pushing for all-electric policies argue that continuing to rely on fossil fuel-burning furnaces, water heaters, and cooking ranges is incompatible with plans to bring net carbon emissions to zero by mid-century or sooner,” writes Jonathan Mingle at Yale Environment 360. While these efforts already exist on city and state government scales, the greater push is toward consumer choice: Choosing an electric car, or an induction stove—choices, of course, most people in Puerto Rico do not have.

Fully placing the burden of switching to green energy sources onto those who both own their homes and have the spare $1000 or more to spend on a new stove, which might also require new cookware or even wiring, strikes me as means-testing—not to mention how it leaves renters like myself out of the equation. Scholars such as Sanya Carley and David M. Konisky in Nature Energy have written about how this “new” approach also only further reinforces old dichotomies, where it’s easy to see renters (and colonies) as the “losers”: “The transition to lower-carbon sources of energy will inevitably produce and, in many cases, perpetuate pre-existing sets of winners and losers. The winners are those that will benefit from cleaner sources of energy, reduced emissions from the removal of fossil fuels, and the employment and innovation opportunities that accompany this transition. The losers are those that will bear the burdens, or lack access to the opportunities.”

My personal stove in my rented Old San Juan apartment runs on tanks of propane gas that we have delivered, and as a recipe developer who also cooks at least eighteen meals per week, we go through one tank every two months. They cost $26 each time. Our last electricity bill from LUMA, without using electricity to cook, was around $284. Both of these energy sources are derived from fossil fuels, as my landlord hasn’t switched the house to solar power, and we are at their mercy on this. I do hope rebates make it more likely that this will happen, yet there is no timeline or further push to make this choice inevitable. I could purchase single induction burners for myself—would these be eligible for a tax credit?—but where would I put them in my small kitchen? They’d be useless in a blackout and only increase my already staggering electric bills. 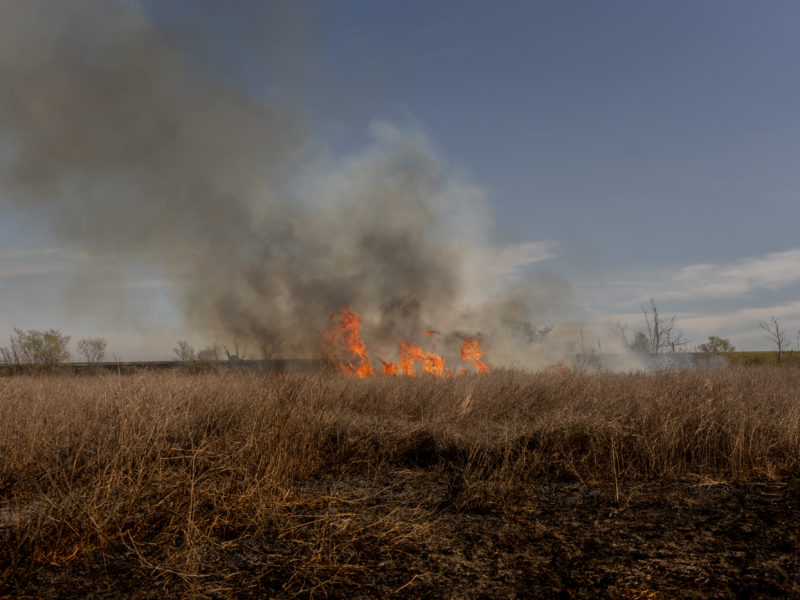 You Should Give a Sh*t About: The Escazú Agreement 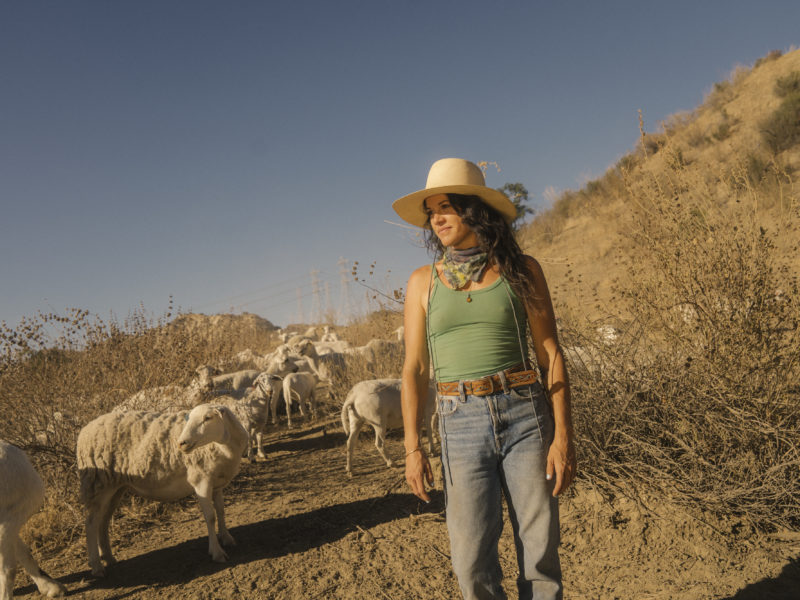 While the archipelago is subject to U.S. laws and its economy is overseen by a Fiscal Control Board, it has no voting representation in Congress. It is thus rarely taken into consideration when it comes to legislation, and the Inflation Reduction Act is no exception. How can a colony with a higher poverty rate than any state benefit from tax credits for buying all new energy equipment for their homes? What does this act do to bring down energy costs that are double what they are in the States? How can Puerto Rico “Electrify Everything,” when it often can’t electrify anything?

Right now, solar power accounts for 2.5 percent of energy usage in Puerto Rico. Casa Pueblo, a nonprofit organization in Adjuntas, has been pushing for further reliance and has successfully brought solar to 400 homes and businesses in the city. Yet a broader, island-wide switch is elusive, as the New York Times has reported, because of cost: According to the website Solar Reviews, “As of Aug 2022, the average cost of solar panels in San Juan is $2.8 per watt making a typical 6000 watt (6 kW) solar system $12,437 after claiming the 26% federal solar tax credit now available.” Of Puerto Rico’s population of over 3.1 million, 43.4 percent live in poverty, and average per capita income is $13,318, per the 2020 Census.

The Puerto Rico Energy Public Policy Act, passed in 2019, says that the archipelago will be fossil fuel-free by 2050. In the meantime, the suggestion that we take responsibility for our appliances and install solar panels at home sounds like telling people not to use plastic straws while Taylor Swift flies in a private plane: an individualized solution that will benefit those with the money to do it, while everyone else is left to wonder if they’re not doing enough. Despite the promises of the Puerto Rico Energy Public Policy Act, all final say ultimately lies with the federal government; the Fiscal Control Board can decide on taxes for solar power, or refuse to let the local government fund initiatives. It was the U.S. Energy Department, FEMA, and HUD, after all, that allocated $12.8 billion to “revamp” the energy industry—and the U.S., after all, that gave us LUMA.

There are no guarantees around the availability or accessibility of gas to power stoves (or anything else), yet it provides security for the time being to those who have gone months without power after one storm, with another hurricane season always on the horizon, and without any real repairs to infrastructure. Puerto Rico is always an afterthought when it comes to U.S. policy, which has the effect of reinforcing its colonial status at every turn. While the Biden administration says that the new Inflation Reduction Act focuses on environmental justice for marginalized communities, Puerto Rico knows the truth: that it’s likely just another policy where we will be left behind, to cook on gas stoves, through another blackout, the words of Bad Bunny emblazoned on posters pasted all over the streets of San Juan.

Alicia Kennedy is a writer based in San Juan, Puerto Rico. She publishes a weekly newsletter on food culture, media, and politics called From the Desk of Alicia Kennedy, and has a book on plant-based eating forthcoming with Beacon Press.