If your internal organs are open to legislation you are not free. 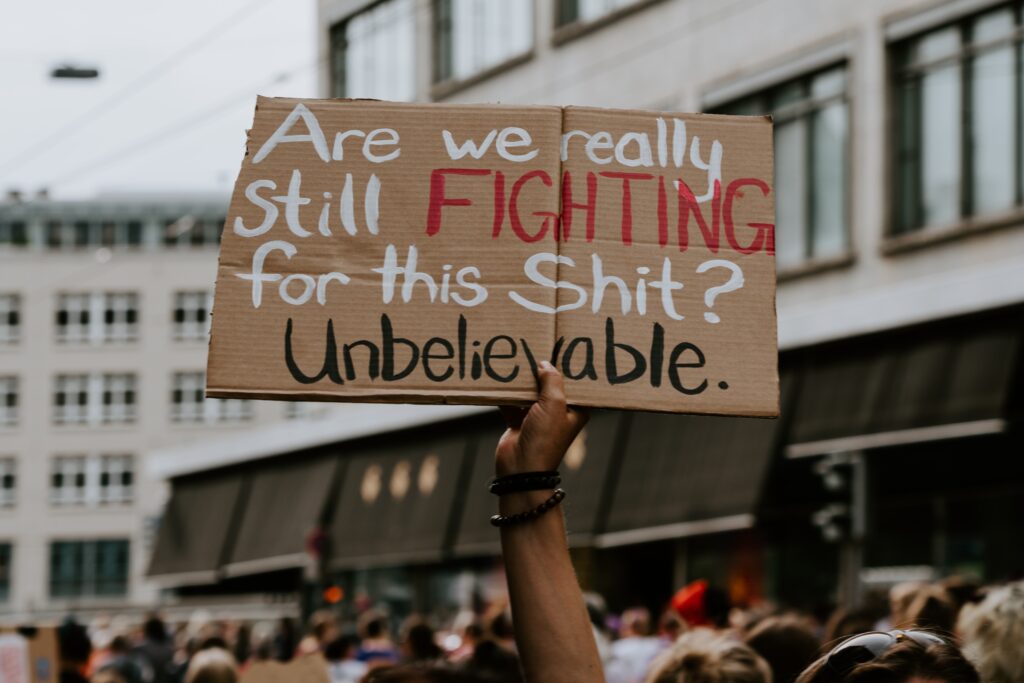 On September 1 Texas enacted a law effectively banning abortion after six weeks of pregnancy, dealing a body blow to the physical autonomy of half the population. In a new and vicious twist, the law incentivizes Texans to report anyone who’s had an abortion, performed or assisted someone in obtaining an abortion, or merely “intends to engage in the conduct”—even if the pregnancy resulted from rape or incest—by offering them $10,000.

Much of what can be said about the law, TX SB8, has been said: It’s flatly unconstitutional; other states will use it as a template; it won’t stop abortion in Texas, only safe abortion; requiring survivors of rape and incest to carry to term pregnancies resulting from their violation is abhorrent; the law’s effect will be to deepen poverty, immiserate lives, and ruin the health of countless Texans, some of whom will no doubt die.

The Texas law is shocking and brutal. It is also a logical step in the steady, years-long erosion of reproductive rights across the United States. The patchwork of legislation, regulation, and flat out lies has done half the work simply by making abortion access confusing, chaotic, and difficult. With all the will in the world, the very young, the very poor, and the deliberately misinformed often see their luck and time run out; and where that doesn’t work, there’s always violence or the threat of violence to keep them away from abortion clinics. The goal, however, has always been not chaos but exquisite clarity: legal abortion, eliminated.

In the 48 years since the Supreme Court ruled that “a woman’s decision whether or not to terminate her pregnancy” falls under the rubric of the 14th Amendment’s definition of privacy, the abortion argument has been presented as a binary: “life” and “choice”—i.e., between carrying a pregnancy to term or choosing a termination. Anti-abortion activists accuse those who support the right to choose of murderous intent and licentiousness; we respond with tales of medical necessity and sexual assault. “Abortion is healthcare!” we shout—because it is. Occasionally we add that “women’s rights are human rights!”—because they are, but it’s only there, with that last rallying cry, that we begin to approach the true essence of the argument.

In a democracy, individual rights and freedoms— “to life, liberty, and the pursuit of happiness,” for instance—are the presumed foundation on which civic life is constructed. I would submit, however, that if your internal organs are open to legislation, you are, manifestly, not free.

Roughly half of all Americans, as a class and by virtue of the organs with which they were born, are judged not to have the bodily autonomy inalienable to the other half. Should anyone in that class happen to find themselves in a physical state that precludes fertility—whether youth, age, or any other physiological limitation—that fact reflects freedom  bestowed solely by fortune’s vicissitudes. Dodging a bullet doesn’t mean there was no gun. Either your body is yours to command—or it isn’t.

Some have recently appropriated the mantra of “my body, my choice” to different ends, however, so this last point bears further clarification: Much as “Blue Lives Matter” is a spurious hijacking of the ideas animating the Black Lives Matter movement, so too is the suggestion that government-mandated vaccinations are the moral and legal equivalent of government-mandated third-party control of one’s reproductive organs. A police officer can discard the uniform; an anti-vaxer can make choices—however onerous or unpleasant—to avoid vaccination. But neither skin color nor anatomy can be discarded or sidestepped.

The need to police that dividing line informs moral panics past and present surrounding not just women in society but also the visible existence of anyone in the LGBTQ community. This is particularly the case for those who identify as trans or nonbinary. If our relative humanity and relative position to power are determined by our internal organs, I really need to know which ones you have.

All of this is true no matter where you live or under what system of government; human rights are inherent to all humans and can’t be granted, only honored or violated. Yet for half the citizens of a democracy to be fighting, still, for the most basic liberty in their own persons is particularly striking. Were we all created equal? Or are people born in male presenting bodies more equal than others?

TX SB8 at least does us the favor of stripping away any pretense of the former. By cutting off access at six weeks, far too early for the vast majority of people to know if they’re pregnant, and failing to allow exceptions for rape or incest, behind which “moderates” have long been able to hide, the law clears up any ambiguity about who owns your ovaries. It’s not you.

But while this law is the work of the Texas GOP, it’s crucial that we consider not just the actions of Republicans. The “moderates,” across the political spectrum, have also been instrumental in bringing about this dark day.

I’ve been a Democrat and activist for women’s rights since before I could vote. My party has been bartering with and chipping away at my rights and freedoms for my entire life—usually, but not always, in the name of a “Big Tent” or “bipartisanship.” Misogyny is foundational not just to the GOP but to all of American society. It is the very definition of systemic.

Open rejection of cisgender heterosexuality, gender binaries, or the inherent right of men to act on the lives of women threatens the power structure on which society rests, which is why so many citizens of a purported democracy are still struggling to attain the rights that cis, straight men take for granted—and that’s before we factor in the realities of race in America. As a white, upper-middle-class, straight, cis woman, I might not enjoy genuine freedom, but if I live in Texas and need an abortion, it’ll be a lot easier for me to find and pay for a simulacrum of it than almost anyone else born with the same set of parts.

And having said all that: It’s well and good for me to argue for a more essentialist and ultimately political understanding of the fight for reproductive freedom, but at the end of the day—at the end of this and every day, for the foreseeable future—lives are being destroyed by the entire web of American anti-choice legislation. I want my country, or at least the party for which I’ve voted and knocked on doors all my life, to acknowledge that abortion is a matter of the most basic rights that inhere to all humans, but I also want them to come to the immediate aid of those now in desperate need of help.

There’s still a long fight ahead. But right now, we can at least ease the path of some of those for whom we’re fighting. Americans can demand our elected representatives take action to secure abortion rights on a federal level (starting with the Biden Administration’s newly announced suit against the State of Texas); donate to legal defense or abortion funds; act to ensure the free exchange of trustworthy information; serve as clinic escorts; or just drive a scared friend across state lines. And should Texas blink and offer compromise legislation, we must not back down.

Feminism has always been the radical notion that women are people. To deny people born with a uterus the right to make decisions about their own organs is to legislate a lie about their humanity and undermine the very idea of democracy. Our efforts to build a more perfect union can only falter, as long as half of us are not yet, truly, free.

I want my country to acknowledge that women are people and that abortion is a human right. 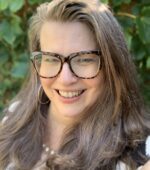 Emily L. Hauser is a freelance writer and communications professional. She writes a monthly column for DAME Magazine. On Twitter: @emilylhauser .

Emily L. Hauser is a freelance writer and communications professional. She writes a monthly column for DAME Magazine. On Twitter: @emilylhauser .