Three illiberal leaders cooked up a backroom deal to benefit the political careers of two and the geopolitical power of the third. 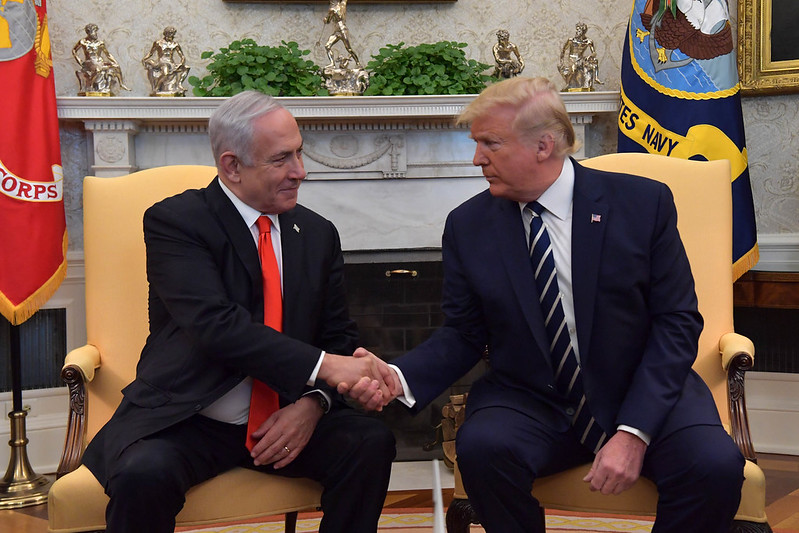 When the United Arab Emirates (U.A.E.) announced on August 13 that it would normalize relations with Israel, under a U.S.-sponsored agreement, many were taken by surprise, including Netanyahu’s coalition partners. But from the perspective of the parties involved, the deal makes perfect sense. It serves the respective interests of three illiberal leaders—Benjamin Netanyahu, Donald Trump and Mohammed bin Zayed, the powerful Emirati crown prince widely known as MBZ. Israel signed a peace treaty with Jordan in 1994 in a spirit of optimism for regional peace and an end to Israel’s military rule over the Palestinians; the current deal, by contrast, is driven by a shared perception of regional threats—most notably a fear of Iran, of political Islam and of popular mobilization. Both Netanyahu and the Emirati leadership see these as inherently destabilizing agents.

The deal is a win for all three actors. For Netanyahu, the U.A.E.’s willingness to normalize relations without demanding territorial concessions— i.e., an end to Israel’s 53-year-old occupation of the West Bank and a lifting of its closure on Gaza—is a vindication of the political right’s long-held narrative, according to which if Israel maintained its military strength and refused to compromise, the international community and the Arab world would ultimately accept Israel on its own terms. The Israeli left has been saying for more than five decades that failure to end the occupation would lead to the country’s isolation on the international stage, to economic sanctions and political violence; now, Netanyahu can say they were wrong—and that he was right.

Netanyahu did not have to make any concessions in exchange for normalization. He is a deeply risk-averse politician, which is why he almost certainly had no intention of following through on his campaign promise—a bone to the far right—to annex the West Bank. The consequences of annexation would have been a freeze in the burgeoning and mutually beneficial—though as-yet unofficial—relationship with the Gulf Arab regimes, deterioration in relations with Jordan, and possibly another uprising in the Palestinian territories. Netanyahu’s policy for years has been to pursue creeping annexation of the West Bank, without making it official, so as to preclude the establishment of a Palestinian state, while at the same time avoiding international opprobrium and a Palestinian backlash; the latter would have interrupted almost two decades of relative calm in the occupied West Bank, since the Israeli Army crushed the Second Intifada in 2002.

But annexation was off the table, it appears, even before the normalization deal with the U.A.E. was announced. The White House had made it clear that Netanyahu would have to make concessions to the Palestinians; but this is something the prime minister was unwilling to do, lest he bolster far right parties, such as Naftali Bennett’s Yamina and Avigdor Liberman’s Yisrael Beiteinu, which are courting voters who traditionally supported Netanyahu’s Likud. With its offer of normalization, the U.A.E. threw Netanyahu a lifeline: instead of fulfilling his campaign promise to annex swathes of the West Bank, the embattled prime minister could wave the trophy of peace in our time. By presenting the normalization agreement as a shining diplomatic success, he could deflect attention from his poor handling of the COVID-19 pandemic, which has caused widespread outrage, a slump in the polls, and ongoing demonstrations outside his official residence. At the same time, to appease his base, Netanyahu rushed to clarify that annexation of parts of the occupied West Bank was not canceled but rather postponed.

For Trump, the deal is a rare foreign policy success, as he continues to mismanage the national response to COVID-19 and to trail the Democratic nominee, Joe Biden, by wide margins. Trump claimed the deal was particularly popular among the Christian right, who are his most unswervingly loyal supporters and a crucial segment of his base. Conservative Evangelical Christians are ultra-hawkish supporters of Israel for theological reasons.

While most Americans would struggle to find the U.A.E. on a map, the deal does represent a major break in Israel’s official isolation in the Middle East. The negative externalities of annexation, if Israel were to face widespread condemnation or outbreaks of violence, would likely have been blamed on Trump as well, given the inclusion of annexation in his “deal of the century” peace plan. With the U.A.E.-Israel deal, both Netanyahu and Trump can avoid the accusation that they made Israel less safe and more isolated. 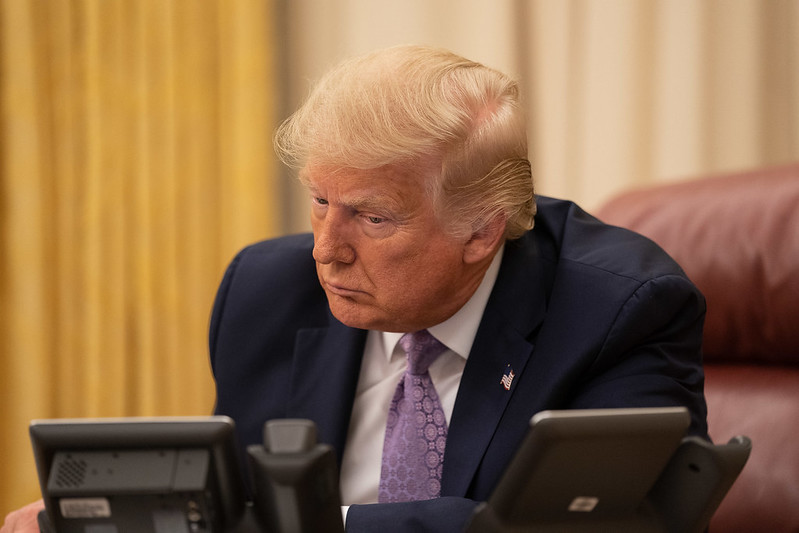 Credit: Joyce N. Boghosian/White House photoTrump on the phone with Netanyahu and Mohammed Bin Zayed to discuss the Israel-U.A.E. deal on Thursday, Aug. 13, 2020.

For the U.A.E., the deal guarantees that it will have access to advanced military technology from the United States. It will also facilitate trade in surveillance technologies, which the U.A.E. has used to track dissidents. Israeli technology firms, which until now had to create European shell companies in order to work in Gulf countries, will be free to close deals with Emirati clients. In addition to technologies used to police their population, Abu Dhabi needs information technologies: While the wealthy U.A.E. can afford these products, Emirati university graduates still prefer to work for the stagnant, bloated but stable public sector, rather than launch technology start-ups.

The U.A.E. also seeks to curry favor with Washington, where, in a rare show of bi-partisan agreement, the deal was supported by both Democrats and Republicans. Regardless of who wins the November elections, in Washington, the perception that one is close to Israel, and that one has Israel’s powerful lobby on one’s side, is immensely beneficial for the U.A.E.. Israel’s allies get lobbying services for free. For example, AIPAC has for years lobbied Congress to increase financial aid to Jordan. While the U.A.E. is hardly in need of financial aid, it could benefit from the support of one of the most powerful lobbying groups in Washington in seeking to justify its bloody interventions in Yemen and Libya, or for serving as a money-laundering hub for cronies linked to the Iranian and Syrian regimes.

Taking annexation off the table also justifies, in hindsight, the U.A.E.’s budding relationship with Israel. This was illustrated when Yousef al Otaiba, the country’s influential ambassador to Washington, wrote an unprecedented op-ed that was published in Hebrew by Yedioth Ahronoth, one of Israel’s most widely read daily newspapers. Al Otaiba warned his Israeli readers that annexation would destabilize the region, undermine existing peace agreements with neighboring states, and lead to a freeze in normalization of ties with the Gulf states; the ambassador followed up with a video for The National, an English-language newspaper in the U.A.E., in which he said that he had written the op-ed for the good of the region and of the Palestinian people. If Israel had annexed part of the West Bank, particularly after this appeal, the U.A.E. would have been unable to offer a convincing justification for its Israel strategy to the broader Arab public, which is deeply sympathetic to the Palestinian cause. 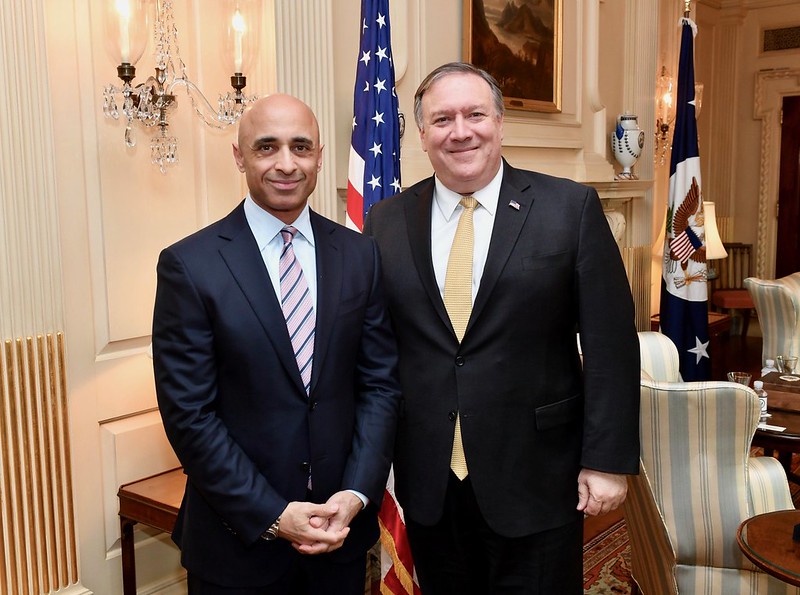 The timing of the deal is linked to Netanyahu’s efforts to remain in power. Netanyahu needs any success to bolster his standing in the polls. His political survival and even his personal freedom are at stake. Israel’s longest-serving prime minister has been charged with several counts of criminal corruption, which is why he called no fewer than three elections over the past year, in increasingly desperate attempts to form a governing coalition that would pass a law to make him immune from prosecution while in office. Ahead of the second round of elections in April 2019, in an attempt to win the support of voters on the far right, he suddenly declared he would annex large parts of the West Bank, thus pushing the idea from the political fringe to the mainstream, making it seem like a real possibility. By offering Netanyahu diplomatic recognition in exchange for backing away from annexation, and possibly using the opportunity to make the long-standing unofficial ties between the two countries public, the U.A.E. presented both the Israeli prime minister and Trump with some political capital as both leaders lose popular support due to mishandling of the COVID-19 response. Circumstances, in other words, probably precipitated the announcement of a deal that was already in the making.

The ramifications will be quite extensive. The U.A.E. broke a long-held taboo among the Arab states by agreeing to formalize diplomatic relations with Israel without extracting any territorial concessions (as Egypt did with the Camp David Accords in 1978) or even lip-service regarding a future Palestinian state (as Jordan did in 1994). With this initiative, the U.A.E. is paving the way for other countries that have maintained semi-public relations with Israel—such as Bahrain, Sudan and Oman—to follow suit. The Palestinians are left to watch Israel further entrench its control over the occupied territories, while the little leverage they had dissipates.

In 2002 leaders of Arab states that had once rejected Israel’s existence met in Beirut and, following an initiative from Saudi Arabia, made Israel an unprecedented offer: full normalization in exchange for complete withdrawal from the occupied territories and a “just settlement” of the Palestinian refugee issue. At the time, the international community thought the offer was almost too good to be true; Israel, then embroiled in the Second Intifada, rejected it outright, claiming it was a ruse to destroy the Hebrew state with an influx of Palestinian refugees.  Eighteen years later, Netanyahu can claim credit for having shown that Israel can have its cake and eat it too.

The deal also crystalizes and hardens the new dividing lines of the Middle East. No longer are Middle Eastern countries categorized according to their position on the Israeli-Palestinian issue or closeness to the West, but rather according to their position on Iran and political Islam. Israel is comfortably situated within the axis that sees both Iran and political Islam as a threat, alongside the U.A.E., Saudi Arabia, Sudan, Bahrain, Jordan, Egypt and Morocco. Netanyahu is right at home among these authoritarian rulers, who openly express disdain for liberal principles and incite against internal enemies supposedly plotting against them. In one fell swoop, the U.A.E.-Israel deal boosts Israel’s political right, helps cement Israel’s military rule over the Palestinians, and solidifies Israel’s alliance with monarchical and undemocratic rulers. Illiberalism was victorious this week.

The U.A.E. is paving the way for other countries that have maintained semi-public relations with Israel to follow suit. The Palestinians are left to watch Israel further entrench its control over the occupied territories. 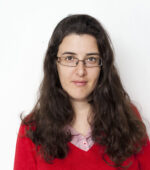 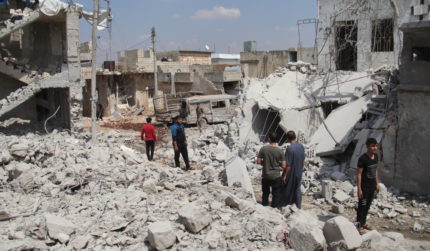 Who will write our history? The world looks away while Idlib awaits its fate