An exhibition at the Guggenheim Museum challenges conventional wisdom about the role cities play in modern society. 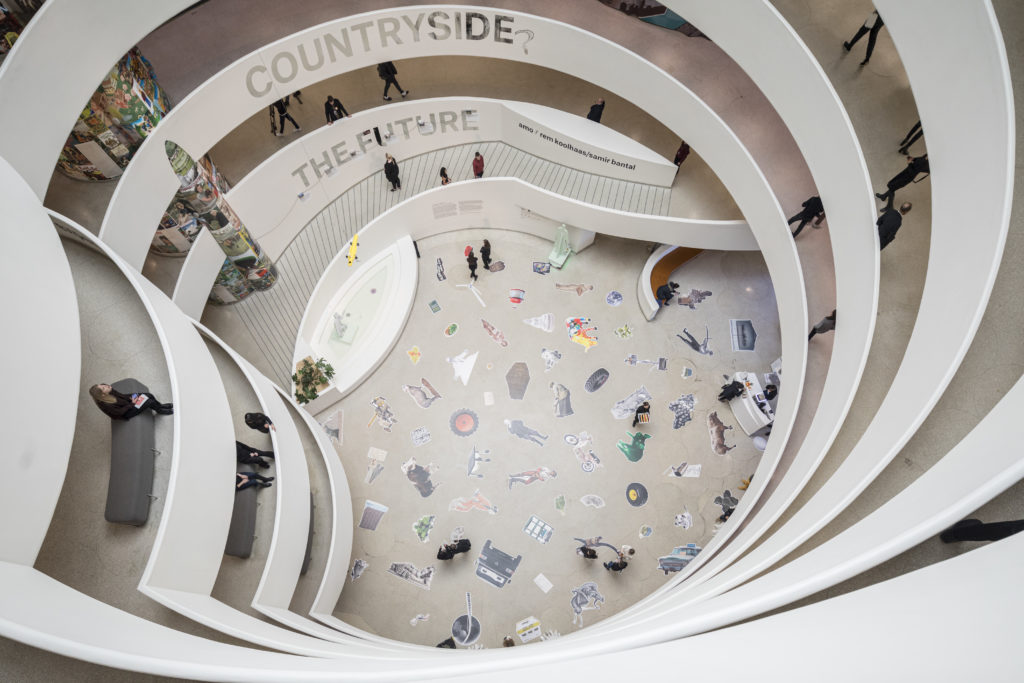 We tend to focus on cities when we look for the sources of creativity and learning in our modern civilization. Think Paris and Milan for fashion; London and New York for literature and theatre; Los Angeles and Mumbai for films. The countryside, meanwhile, seems to represent a simpler time, when most people lived off the land. But a provocative new exhibition at New York City’s Guggenheim Museum suggests that some of the most radical changes affecting global society are, in fact, taking place in the countryside.

In Countryside, The Future, Dutch architect and urbanist Rem Koolhaas challenges the widely held belief that the city is the future. In the catalogue for the exhibition, he rejects the idea of total mass migration to urban centers, asserting that “the countryside must be rediscovered as a place to resettle, to stay alive.”

This message is particularly urgent with the outbreak of the coronavirus pandemic, which of course means that the Guggenheim, like all museums and most public gathering places, is closed— although part of the exhibition can be experienced online.

In the age of the Covid-19 pandemic, the sheer concentration of people that once made cities so attractive is now a threat. The rapid spread of the virus between people who live in close proximity has raised awareness of the divide between the city and the countryside. This is why Countryside, The Future is both highly relevant and completely inaccessible.

Koolhass and Samir Bantal, with whom he co-directs the think tank OMA, created an exhibition that begins with a single premise. According to the UN, more than 50 percent of the world’s population lives in cities today. This number is difficult to comprehend. The Earth is vast but, according to estimates, only around 20 percent of its surface area is habitable. Out of that area city dwellers are living in what accounts for only 2 percent of the landmass. What is happening outside of those urban territories, on the rest of the planet?

Koolhaas decided to tackle this issue when he realized that the Swiss village in which he has been vacationing since the mid-1980s had undergone a drastic change. Old houses were being renovated with a certain aesthetic to appeal to a wealthier clientele in search of quietude. There were no cows to be seen wandering around the village’s green pastures. Most of the farmers were not locals, but people from different backgrounds and ethnicities who had become disillusioned with big city life. The village was growing in physical size, but its population was dwindling, even with newcomers who had migrated from urban areas.

To understand what is going on globally outside of cities is a complex process. Along with the Harvard School of Design, Koolhaas and his team looked at diverse case studies and anecdotes from around the world in the past, present, and future. In a style reminiscent of his seminal book, Delirious New York (1978), Koolhaas created a narrative that is highly personal and non-linear. It’s based on facts and research, but the exhibition feels like the creative documentation of a dissertation with an abundance of text, images, and graphs covering up the spiraling walls of the museum.

In some respects, the exhibition suggests, the way we live now has not changed significantly in 2,000 years. Even as far back as the 2nd century BCE, major civilizations had separated the city and the countryside by social function. The Greeks and Romans called the countryside otium, a place for contemplation and cultural endeavors, and the city negotium, the opposite of otium, a place for work and commerce. The Chinese term xiaoyao denotes “the liberation of an individual’s spirit, a state of wandering in absolute freedom, of living in tune with nature, and of blissful repose.” The difference between now and then lies in the fact that the countryside is no longer a refuge. It’s either a peripheral territory subjugated to meet the escalating demands of the city or a place of leisure that only the wealthy can afford.

Over the centuries, there have certainly been attempts to bridge this gap by bringing certain elements of both the city and the country together. Charles Fourier, the nineteenth century French philosopher who founded utopian socialism, built factories based on the blueprint of Versailles in an attempt to improve the living conditions of the working man. These “social palaces,” as he called them, were precursors to the 1960s hippie communes. Machines did most of the work in Fourier’s factory, leaving workers plenty of time to enjoy leisure activities, and follow “liberated passions,” which included sexual relations unrestricted by marriage or monogamy.

Fourier’s utopia did not last long, but Countryside, The Future tells the stories of various twentieth century leaders who attempted to restructure rural areas and mobilize residents for national economic enterprises. Some, like the Soviet Union’s plans to turn the Russian steppes into farmland, failed. But others succeeded: the Autobahn network that the Nazi regime built to to connect urban and rural areas is still in place; and so is the Jefferson Grid in the United States.

In the twenty-first century, technological advances and social change are transforming rural regions.

In China, farmers living in urban-adjacent skyscraper farms grow fresh produce to feed tens of millions of people. Customers can connect to the farmers and see the produce they are purchasing in real time.

In Kenya, the solar and wind-powered town of Voi just outside of Nairobi is one example of ruralization. The town, which is connected to nearby urban and rural centers via railroads; is one of several tech hubs that have become a magnet for recent university graduates.

But what about nature, the most prominent aspect of the countryside? Twenty-first capitalism offers one solution in Patagonia, where the eponymous outdoor equipment brand has purchased vast swaths of land and made them into protected lands,  in order to stave off deforestation.

The final part of the exhibition employs technology to ask if we can liberate ourselves from our Cartesian way of thinking. Instead of focusing solely on efficiency, can we make a shift toward healthier cultivation of the land? Can pixel-farming robots invoke ancient Mayan traditions to be easier on the soil by planting crops that are beneficial to each other? Will photosynthesis scanners be able to grow equally perfect produce by making sure each plant is receiving enough light? How will architecture adapt in designing spaces solely for robot workers?

As I wandered through the thought-provoking exhibition, I had no idea that, in just a few weeks, the Covid-19 pandemic would force the museum to close. New York is now the epicenter of the global pandemic; at the time of writing, over 100,000 Americans have died of the virus. In Delirious New York, Koolhaas proclaims, “Manhattan is an accumulation of possible disasters that never happen.” Now as I type these words from my bed, quarantined for over two months in Brooklyn, distracted by the relentless ambulance sirens and the constant news updates, that sentence strikes a deeper chord.

The global lockdown was caused by a catastrophe, but it also brought some hope for a better future. With the decline in travel by car and by plane, the air is cleaner and the water clearer. For many, being forced to work from home has brought the welcome corollary of having more time to spend with family, or to just slow down and think.

I wonder, when this ends, how many of us will continue living in cities, especially in metropolises that are hit the hardest by this outbreak. How many of us will try to become more self-sufficient by learning about permaculture and growing our own food? How many of us will slow down, stop fetishizing travel, and lower our carbon footprint by taking fewer trips? Will architects keep furthering urban sprawl and putting more strain on existing infrastructure? Will we keep eating animal products and ignore the deforestation perpetrated by cattle ranchers in the Amazon?

The message brought by the virus is that we are all connected to one another and to nature in ways we have never even been aware of. If we fail to internalize this understanding, we will not have a future as a species on this planet—whether we live in the city or in the countryside.

In an exhibition at the Guggenheim Museum, Dutch architect and urbanist Rem Koolhaas challenges the widely held belief that the city is the future. 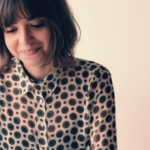