How to explain the Christian Right’s unshakable loyalty for Donald Trump, a twice-divorced man who has been credibly accused of sexual assault by numerous women? 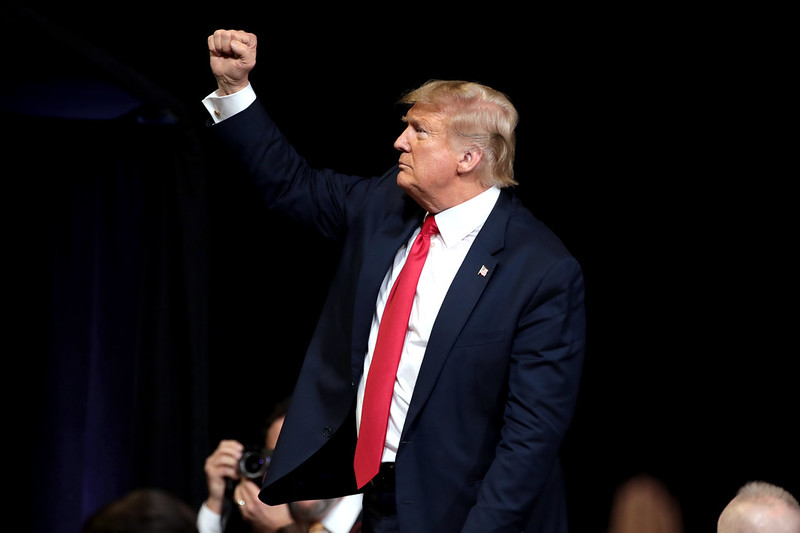 White evangelicals have consistently been Donald Trump’s most supportive demographic since his 2016 victory. Even as the president’s overall approval numbers decline after the initial “rally ‘round the flag” effect from the COVID-19 pandemic that he is egregiously (and arguably criminally) mishandling, white evangelicals remain steadfastly by his side. The pandemic has itself become a site of the culture wars that the anti-democratic U.S. Christian Right has been waging relentlessly for four decades as it attempts to hold back the progress of civil rights and equality in America. And Trump, who has demonstrated his willingness to pursue their culture wars agenda, can count on unwavering support from white evangelicals in the upcoming presidential election. Our analytical focus should be on why and how authoritarian evangelicals have managed to gain so much power and what can be done to fight back, as opposed to hand wringing over their willingness to partner with an impious strongman.

Pundits who do not understand right-wing evangelical subculture have over the last few years frequently suggested that certain tipping points might shake evangelicals’ loyalty to Trump. Early on, many naively believed that shaming evangelicals over their hypocrisy in supporting a thrice-married man credibly accused of sexual assault by numerous women would be an effective means of peeling some of them away. More recently, some commentators claimed hopefully that outgoing Christianity Today editor Mark Galli’s December 19, 2019 op-ed, “Trump Should be Removed from Office,” was evidence of significant dissent over support for the president within the evangelical camp.

Trump did initially seem concerned about Galli’s op-ed, tweeting angry responses and launching an “Evangelicals for Trump” initiative. He needn’t have been. His evangelical base remains unwavering in its support for one simple reason: Trump gives authoritarian Christians practically everything they want. He validates their worst culture warring impulses and pursues the Christian Right’s agenda more comprehensively and vigorously than any previous president, including George W. Bush. Not only has Trump been stacking the federal courts and the federal bureaucracy with young far right ideologues; he also moved the United States Embassy in Israel from Tel Aviv to Jerusalem to play to evangelicals “end times” beliefs.

Far from revealing that there is significant division among white evangelicals over Trump, the responses to Galli’s op-ed showed that Christianity Today, while certainly a conservative publication, is no longer the evangelical flagship magazine. Instead, the periodical that Billy Graham, “America’s Pastor,” founded in 1956 is now out of step with an increasingly radicalized white evangelical demographic, one in which the racial animosity that has always been a part of this kind of Christianity is now closer to the surface than many of the “genteel” readers of Christianity Today might wish.

Meanwhile, the prominent Southern Baptist leader Rev. R. Albert Mohler Jr., who was once critical of Trump and refused to vote for him in 2016, now says he regrets that decision and will vote for him in 2020. In his statement, Mohler bragged that he thinks Trump may see an even higher share of the white evangelical vote this time around than the 80 percent he got in 2016, and he may well be right. The case for any shift of evangelicals away from Trump thus further crumbles.

To be sure, a small minority of white evangelicals remains critical of Trump, but only 16 percent of the white evangelical vote went to Hillary Clinton in 2016, and the current polling data does not show  Joe Biden gaining a greater share. The realities of American polarization have become so stark that the coveted swing voter is now essentially a thing of the past, at least according to the analysis of political scientist Rachel Bitecofer, which I find convincing. National elections thus become a contest of turning out the base, and white evangelicals vote disproportionately to their numbers. Although they are down to 16 percent of the U.S. population, they still made up 25 percent of the electorate in the 2018 midterms.

And Trump continues to deliver for them. Most recently, he pulled money from the World Health Organization, the kind of international institution right-wing authoritarians despise for their “elitism” and “globalism,” and redistributed some of it to the evangelical missionary organization Samaritan’s Purse, which has somehow been allowed to set up a 68-bed field hospital in New York City’s Central Park despite legitimate concerns about its ability to provide an equal standard of care to all patients.

Samaritan’s Purse is headed by rabid homophobe and Islamophobe Franklin Graham—Billy Graham’s son; the organization requires staff to sign a statement of faith that reads in part, “we believe that marriage is exclusively the union of one genetic male and one genetic female.” In addition to Samaritan’s Purse, Graham also heads the Billy Graham Evangelistic Association, which is deliberately seeking to capitalize on people’s fears of the novel coronavirus in order to drum up conversions. Graham has, naturally, been one of Trump’s most outspoken prominent evangelical supporters since 2016.

But it’s not all bad news for those of us who support democracy and human rights. Trump’s supporters do have some reasons to worry about the president’s reelection prospects. The economy has historically played a decisive role in American presidential elections, and the staggering unemployment numbers caused by quarantine during the pandemic would normally sink any incumbent’s prospects. This may be one key motivation of the recent protests calling for an end to quarantine restrictions on economic activity. (By the way, the phrase “reopen the economy” is a partisan right-wing talking point, and journalists should avoid using it as a supposedly neutral descriptor for these actions.)

As some states such as Georgia move to ease quarantine restrictions and allow certain businesses to reopen, Trump continues to talk out of both sides of his mouth—for example, rebuking Georgia’s governor for planning to ease restrictions too early after tweeting a demand to “LIBERATE” other states where anti-quarantine protests had taken place. Meanwhile the anti-lockdown protestors direct their anger at Dr. Anthony Fauci rather than at Trump.

While it would be wrong to dismiss these protests as mere “astroturf” campaigns, they do have backing and funding from a wealthy and well-connected right-wing network that includes billionaire Robert Mercer and Secretary of Education Betsy DeVos. But if those of us who value democracy and equality choose to ignore the protests, labeling them as top-down initiatives with no deep grassroots support, we risk missing their potential political impact. A number of commentators made the same mistake with the appearance of the Tea Party, which was backed by many of the same members of the donor class. Another mistake was to view the Tea Party as distinct from the Christian Right, which it is not. We must avoid repeating that mistake.

Indeed, the cab of a semi used in the protest in Harrisburg, Pennsylvania on April 20, was emblazoned with the phrase “Jesus is my vaccine,” rhetoric similar to that used by pastors who defiantly continue to hold in-person church services despite shutdown orders meant to contain the pandemic. Although there is no legal precedent for the exemption of churches from quarantine, a number of right-wing organizations have now taken up the cause under the rallying cry of “religious freedom” that they have effectively employed in recent years to impose a theocratic agenda with respect to matters such as abortion, birth control, and same-sex marriage. Meanwhile, new conspiracy theories are being spread via social media, including the apocalyptic assertion that the coronavirus vaccine will be the “Mark of the Beast” associated with the “end times,” literally damning those who receive it.

Such beliefs are harmful to both democracy and public health, and, while it remains to be seen what impact they might have on the 2020 election, it is worth remembering that in 2013 a full 20 percent of Republicans believed with certainty that Barack Obama was the Antichrist. The Electoral College, as well as America’s problems with gerrymandering and voter suppression, favor the Right, but at the same time, the spectacle of Christians behaving badly in the face of the coronavirus pandemic will most likely have a negative impact on evangelicals’ reputation, and, by extension, Trump’s.

In any case, with the Christian Right and the GOP desperate to cling to their disproportionate power, we can expect a bumpy ride to November. Democrats will need to make every effort to turn out their base in order to defeat the GOP.

With swing voters a thing of the past, national elections have become a contest of turning out the base, and white evangelicals vote disproportionately to their numbers. 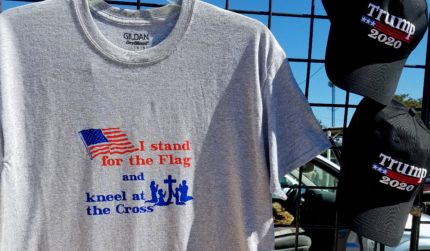 If we want to save American democracy, we must have a very difficult conversation about evangelical Christianity