What has been driving the harmful behaviors exhibited by some Christians in reaction to the coronavirus pandemic? 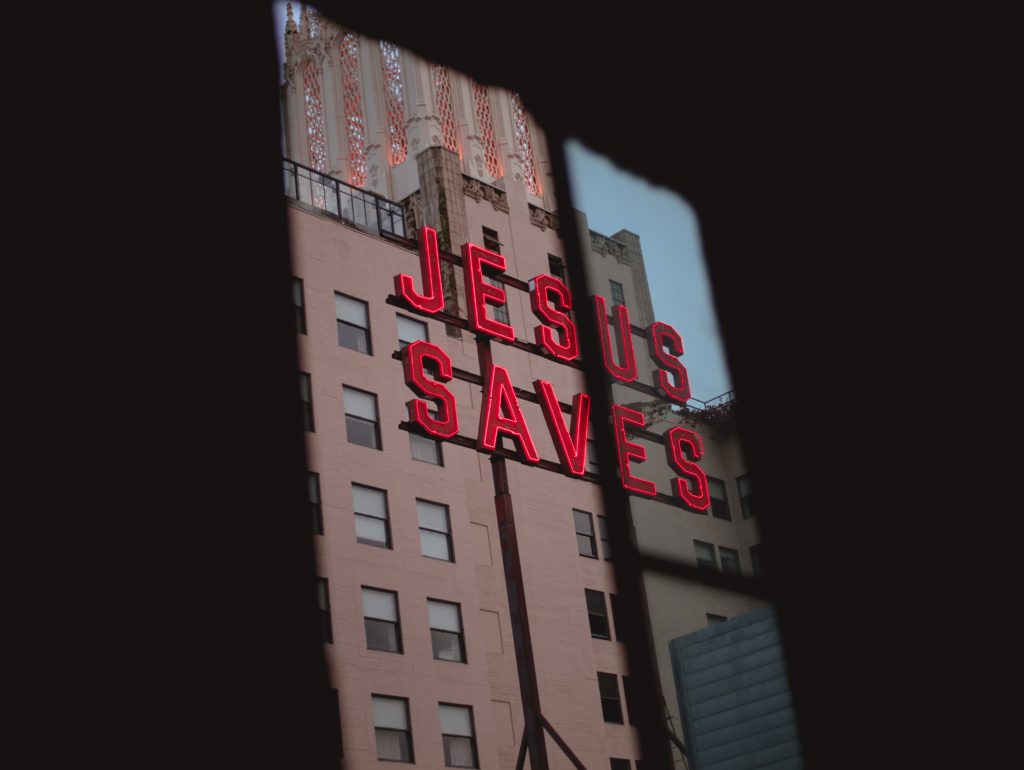 The World Health Organization worries, in a February 2 report about the spread of the COVID-19 virus, that an “infodemic,” i.e., “an over-abundance of information—some accurate, and some not,” is making the public feel that it’s difficult to find trustworthy sources and reliable guidance. The authors of the report seem to assume that most people want objectively reliable information. Unfortunately, far too many are looking not for objectively reliable information, but rather for “guidance” that corresponds with their political loyalties and ideological preconceptions.

In the United States, there are fundamentalist Christians who see institutions like the WHO and the Centers for Disease Control and Prevention as part of a “godless liberal” plot. Tony Spell, the Apostolic Pastor of Tabernacle Life Church in Baton Rouge, Louisiana, said: “The virus, we believe, is politically motivated.” He made this statement during a church service reportedly attended by 350 people on the evening of Tuesday, March 17, in defiance of a ban on gatherings of more than 50 people issued by Louisiana Governor John Bel Edwards.

Governor Edwards is a Democrat.

While CBS News reported that police told Spell the National Guard would break up any future gatherings at his church, a FOX News report quotes Louisiana National Guard Colonel Ed Bush denying that any such order has been issued. In any case, Life Tabernacle Church doubled down, bragging that it planned to bring 27 buses’ worth of area children to church on Sunday, March 22;  and, according to a public Facebook post by Tony Spell’s father Timothy, that they planned to host a blood drive on the same day. And the church followed through.

In a period of surging right-wing authoritarianism, defenders of democracy must not ignore the dangers posed by those who embrace “alternative facts.” Anti-intellectualism and pseudo-intellectualism are hallmarks of authoritarianism, and in the United States in particular, opposition to much modern science has come to define the mostly white, mostly Christian Republican Party. The problem, however, is global.

Independent Apostolic Christians like Spell are extremists even among extremists, but similar radical charismatic Christians are attaining ever more power and influence in a number of countries, including Uganda and Brazil, where these far-right Protestants represent strong-man President Jair Bolsonaro’s base. Meanwhile, Vladimir Putin’s Russia has emerged as the global standard bearer for international efforts to oppose women’s and LGBTQ Rights. Russia, too, is one of the countries in which authoritarian Christians have undermined efforts to stem the tide of the coronavirus pandemic.

Over the past few weeks, the coronavirus threat has dominated the news cycle, and quite a few stories about the reactions of churches—both responsible and irresponsible—have appeared. In the Orthodox Christian World, the Ecumenical Patriarchate of Constantinople—traditionally considered “first among equals” among the world’s Eastern Orthodox Churches—initially sent mixed messages; now, however, in a tacit rebuke to Russian and Greek Orthodox Christians’ insistence that “coronavirus cannot be transmitted by communion,” it has announced the cancellation of all services for laity within its jurisdiction. Here geopolitical tensions are in play, as the Putinist Russian Orthodox Church has increasingly defied the more moderate Constantinople in recent years.

Meanwhile, after calling the virus, or at least Democrats’ responses to it, a “hoax,” President Trump seemed to feel compelled to address COVID-19 in a more serious (if still dubious) manner, and, for a moment his white evangelical supporters seemed to be shifting with him, at least in some cases. Jerry Falwell, Jr., who at first declared that he would not shut down Liberty University, changed his mind. Pastor Robert Jeffress, leader of the influential megachurch First Baptist Dallas, has canceled physical church services, even going so far as to state that “every pastor and every church ought to follow the guidance to not assemble during this crisis.” But then President Trump oafishly declared that he wanted America’s economy reopened by Easter (April 12 this year for Protestants and Catholics), and Falwell called for Liberty students to return to campus after all, in sharp contrast to most universities essentially shutting down in order to slow the spread of the virus. Liberty University’s residential enrollment is around 13,500 students.

What has been driving the harmful behaviors exhibited by some Christians in reaction to the coronavirus pandemic? I turned to several experts on aspects of the crisis for their assessments of Christian defiance of public health measures.

Sarah Kendzior, an expert in authoritarianism, notes in fairness that “there’s a rational component” to the fear of government malfeasance and overreach, which underlays the paranoia of American far-right actors. She sees “a combination of defiance and obedience” in right-wing Christians’ reactions to the pandemic, and is spot-on in describing Trump’s style of demagoguery as “much more similar to a televangelist than to any previous president.” Kendzior’s observation goes some way toward illustrating why white evangelicals tend to be Trump supporters.

Obedience to authority is certainly emphasized as a virtue among authoritarians, and the Christian Right is no different in this regard. However, the authority in question must conform to their white supremacist patriarchal social hierarchy in order for them to consider it legitimate. Hence the “defiance of what they think of as evil liberal officials telling them what they can’t do,” as seen, for example, in former Alabama Supreme Court Chief Justice Roy Moore calling the inclusion of restrictions on church services in public health responses to the pandemic “tyranny.” When asked about the parallels between right-wing American Christians and the Russian Orthodox Church with respect to coronavirus, Kendzior found them unsurprising.

André Gagné, a former charismatic pastor and current Associate Professor of Theological Studies at Concordia University in Montreal, offered some insights into why charismatic believers are so vocal in defying the imposition of public health measures to contain the spread of coronavirus. He maintains that we must understand charismatic Christians’ defiance in terms of their theology of “spiritual warfare” and the “victorious eschatology” espoused by some charistmatics, i.e., “the idea that the church will be victorious before the second coming of Christ.”

According to Gagné, “Some neo-charismatics believe that ‘end-time’ Christians will be able to heal people from plagues, diseases, or any other physical conditions, and even take dominion over entire hospitals, healing every patient in them by laying hands on the building.” Such theology is, of course, not benign. “When people die, these ministers will find a way to rationalize the consequences, saying that the Church is also called to go through a time of tribulation and persecution, and that God is somehow sifting his Church for the Second Coming of Christ.”

Also in play is Christian nationalism, a phenomenon that sociologists Andrew L. Whitehead and Samuel L. Perry have found to be predictive of Trump support. Whitehead was kind enough to speak with me about the issue and about his forthcoming research with Perry and Joseph O. Baker, which shows how anti-science views in the United States are intimately intertwined with Christian nationalism. Noting that “Christian nationalism is a threat to a pluralistic democratic society,” an issue I have also written about for both The Conversationalist and Religion Dispatches, Whitehead observes that Christian nationalists “legitimate their desires for the country in the will of the Christian God. This severely inhibits any chance or even desire for compromise.”

But how is this related to the kind of science denial we find in right-wing Christian responses to the coronavirus pandemic? Whitehead summarizes some of the key findings from his forthcoming paper with Perry and Baker as follows:

The conclusion of the new paper puts it more simply: “Christian nationalism is many things, but above all it is an effort to (re)assert the dominant moral and cultural authority of a white, native-born, straight, masculine, and Christian social order. Likewise, disputes about ‘science and religion’ are primarily conflicts over moral and cultural order.”

We can only hope that the empirical demonstration of such connections will prove useful in the struggle for a more equitable democratic future for reasonable believers and non-believers alike. Charismatic and evangelical Christians represent, after all, varieties of Christian fundamentalism, and fundamentalism is a constant source of disinformation. Indeed, fundamentalism is incompatible with democracy, yet for the most part the American press remains deferential to authoritarian Christians. That needs to change if we have any hope of stemming the influence of the radical right-wing Christians Trump has surrounded himself with. As has become clear, they threaten not only our human rights, but also our public health.

In the United States, there are fundamentalist Christians who see institutions like the WHO and the Centers for Disease Control and Prevention as part of a “godless liberal” plot. 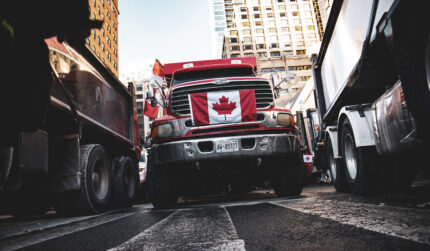