When I was 12 years old, a lonely black femme male child, I read The Bluest Eye in a single night. Every character was in me or a reflection of my life. 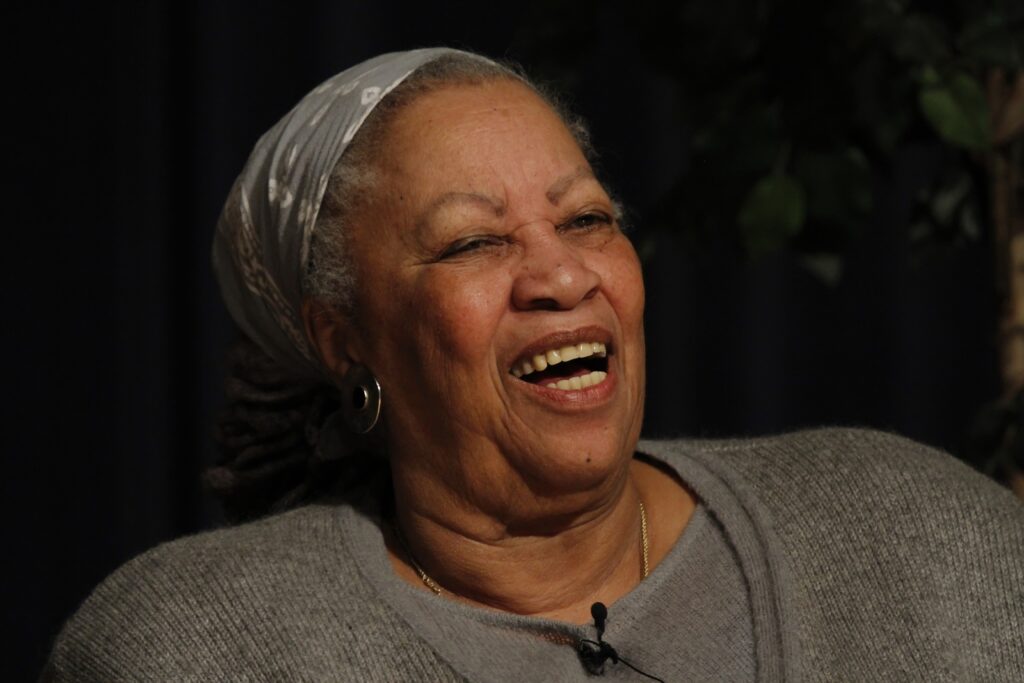 Toni Morrison gave me a blueprint for the meaningful exploration of love and trauma. She accomplished this by centering her narratives on the lives of black femmes, people like me, whom society has traditionally devalued. As a result of this precise focus, Morrison’s body of work surpasses identity politics; it heals us from within the deep darkness of our society and elevates us to its bright but colorless peaks.

I spent my early childhood in a  single-parent home full of affirmation and stability. But when my mother descended very suddenly into the thick of her addiction, my life changed radically. Today, drug addicts are called victims of the opioid crisis, and there are empathetic national calls for resources to be invested in finding a therapeutic solution for them. When I was a child in the 1990s, people like my mother were called crackheads and super predators. The only solution offered to them was a well-trained beast called the prison industrial complex. Later, I would learn that the well-trained old beast was excited by a charismatic young presidential hopeful I saw playing saxophone on The Arsenio Hall Show. That beast chased and found my mother: she was incarcerated when I was 12 years old, and I entered the worst period of my life.

I was sent to live in a group home for teenage boys, a house full of strangers and staff supervisors that would come and go based on work shifts. It was cold and did not feel like a home at all. School was no longer the fun, curiosity-inducing place of learning that it once had been. Instead, it was a place where bullies of all genders were waiting around every corner to hurl a fist, or to yell the insults “nigger” and “faggot.” I suffered from both the fists and the insults because I was a black femme male child. Socially isolated, I floated through each day finding solace in the hope that my mother would soon be free and my life would return to normal.

My English teacher became my unlikely savior. Mean as a rattlesnake, she was a stern-faced, pale white woman with piercing eyes and a manner of speech so acerbic that she terrorized even my bullies into silence, thus safeguarding me from their venom at least while I was in her class. One day she arrived in an unusually good mood, holding a cloth bag that contained copies of Toni Morrison’s The Bluest Eye. I understood that she’d had to fight for permission to teach this book, which she distributed with the admonition that it was a treat for which we should be grateful.

That night I sat in my room and read this book with an enthusiasm I hadn’t felt since I devoured Gertrude Warner’s The Boxcar Children, years earlier. Every character in The Bluest Eye was within me or a reflection of my life. I didn’t know the word “transgender,” but I strongly believed my life would have been much better if only I had been born a girl. So I identified with Pecola, the violence-damaged, impoverished foster girl who escapes into a fantasy world; but instead of longing for blue eyes to make me beautiful, I longed for female genitalia. I come from a color-struck family so I was my mother’s “dream high yellow child” and treated with care and protected as such. I was Maureen, the light-skinned black girl, and Claudia, who comes from a poor family. I had aunts that were Miss Marie, the overweight and kind prostitute, and a few that had upper-class aspirations like Geraldine. My step father was Cholly, the destructive man who lives on the margins of society.  I finished the book and rushed back to class, flushed with enthusiasm. By the end of the semester, I had read Beloved and Song of Solomon. That experience sparked a lifelong love for Toni Morrison and the characters in her novels. I was anchored in the humanity of Pecola, of Sethe in Beloved, and of the women of the Convent in Paradise.

I understood the pathology of Pecola’s request for blue eyes because I was bombarded with the same ideals of eurocentric beauty. My advantage was in being born later, by which time there was a well-established counter-narrative: James Brown had been singing “I’m Black and I’m Proud” for decades; Beverly Johnson and Naomi Campbell had appeared on the covers of glossy magazines and modeled haute couture at the Paris fashion shows; and Dorothy Dandridge had broken down barriers so that Angela Bassett could show me what’s love got to do with it. I was surrounded by beacons of light, from Grace Jones to Oprah, so I did not aspire to any attributes of whiteness. I identified with Pecola because she wanted something very badly, but as a child dealing with dysphoria without understanding the bio-psychology of transgenderism, I did not understand the pathology of my own desire. I was told was that I was delusional, mentally ill, and that I needed prayer.

After finishing The Bluest Eye, I wondered if the happy ending for Pecola was being lost in the delusion that blue eyes would make her more beautiful. My 12-year-old heart was full of empathy for Pecola; I felt that, had she been given time and care before trauma ravaged her, she would have learned to appreciate her own beauty. It was this insight, gained from reading Toni Morrison’s great novel, that made me appreciate my own humanity before I had to face questions about my trans womanhood. My rock-solid belief that I was a human above all else centered me; I had no doubt that I deserved empathy and dignity while I figured out the rest of my identity.

Beloved tells a story of complicated motherly love that is different from the romantic image sold by Hollywood. Sethe saves her daughter, named Beloved, by making a horrible, complicated decision for which she suffers intense emotional trauma. My mother was raised by her abusive schizophrenic grandmother with her four cousins. Although she was the color of peanut butter, she was the darkest girl. Her childhood was filled with physical and sexual abuse all rooted in religion and the color of her skin. She felt that her mother had abandoned her, which undermined her self-esteem and made her feel out of place in the world. So when I was born, a high yellow blue-eyed curly haired infant, she treated me like a baby doll. She said “I just could not believe that something so beautiful could come from me.” She showered me with praise and adoration and told me that no one would ever hurt me, that nobody would ever take her from me. She was overprotective. She was loving. She was the perfect mother. So for all of my childhood I was certain that a mother’s love could never be broken — that it was the strongest thing in the world. I was thus completely unprepared emotionally for her fall into drug addiction and jail.

As a teenager who did not understand the concepts of addiction and self-medicating to sublimate emotional pain, I felt betrayed and abandoned by my mother. Morrison’s novel Beloved helped me to understand that a mother’s love can manifest in a plethora of ways when she lives in a world of violence. Sethe, the runaway slave who kills her own child rather than see her returned to bondage, does the best she can to love and protect the children she has later. She is of course deeply traumatized, which hobbles her ability to nurture her living children. By analyzing Sethe’s response to having been given a second chance at mothering, I could see my mother through a completely new lens. I didn’t want to haunt my mother like the ghost of Beloved. My mother is still battling her addiction, but I can see her humanity and love her, while holding her accountable for her decisions. We are on a journey of healing.

In a black trans woman’s life, community is intrinsic to survival. In 1997, when I was on the cusp of my life as an activist, I read Paradise. The novel is about a  black community led by men who turn their rage on a group of ostracized women who have found refuge in a place called the Convent. Three years after reading that novel, I won a First Amendment right victory when I successfully sued my high school for the right to attend the prom in the gender-affirming attire of my choosing. I began my matriculation as the first openly trans woman who was forced to live in a male dorm at the HBCU Jackson State University in the deeply conservative town of Jackson, Mississippi.

I could not have survived those ordeals without the help of community. I owe my emotional well being to the black and or femme community; to my white feminist English teacher, who gave me the phone number of the ACLU, which helped me win my case in high school; to the gray-eyed Alpha Kappa Alpha at the college admission office who waived my out-of-state fees so that I could afford to be admitted; to the tall, dark dean of students who protected me from expulsion after I got into a fight with a bully during my sophomore year of college; and to my natural hair Aunt Georgia, who filled my refrigerator with food when I had no money. I owe much to the black young femme students, male and female, who showed me love and support while I went through the perils of being first to do what I was doing. Like the women in Paradise who found refuge in the convent, I found a safe haven in the black femme community. Because of them, I knew that I would never be alone and that somebody always had my back, and that I would survive because I had a safe place to be.

Toni Morrison’s characters are complex and unique. By focusing in her novels on the least among us, Ms. Morrison transcended identity barriers. Her stories help me heal and grow my relationships with myself, my family and my community. She will continue to be beacons of light for generations to come.

By focusing in her novels on the least among us, Ms. Morrison transcended identity barriers. Her stories help me heal and grow my relationships with myself, my family and my community. 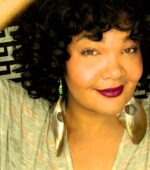 Diamond Stylz is the producer and host of the Marsha's Plate podcast. She is a veteran activist with a First Amendment rights victory under her belt. Ms. Stylz is on the board of two queer-centered national organization, Black Transwomen Inc and Transfaith. She is an experienced speaker and program coordinator focusing on LGBTQ+ issues and history, trans-inclusive feminism, work discrimination, black liberation, sex work decriminalization, and journalism. Contact her at diamondstylz@gmail.com or @DiamondStylz on most social media platforms

Diamond Stylz is the producer and host of the Marsha's Plate podcast. She is a veteran activist with a First Amendment rights victory under her belt. Ms. Stylz is on the board of two queer-centered national organization, Black Transwomen Inc and Transfaith. She is an experienced speaker and program coordinator focusing on LGBTQ+ issues and history, trans-inclusive feminism, work discrimination, black liberation, sex work decriminalization, and journalism. Contact her at diamondstylz@gmail.com or @DiamondStylz on most social media platforms