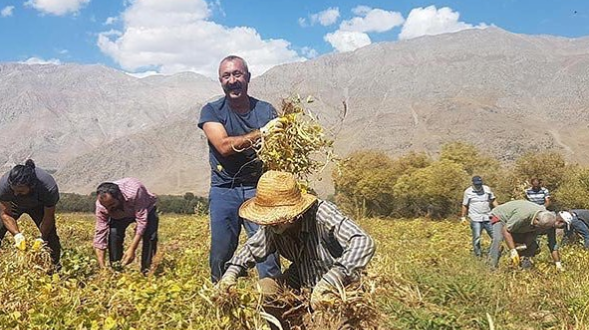 After dancing with his supporters on the street, one of the first things Turkey’s first elected Communist mayor did, within a week of taking office, was to remove the police checkpoint and demolish the wall in front of the municipality building in the city of Tunceli. Fatih Mehmet Maçoğlu told the assembled television news reporters that he intended to make the administrative building more accessible to the public, in keeping with the platform on which he had run. He also tweeted that he would not accept any celebratory flowers or gifts; instead, he suggested to those who wanted to give him a gift that they could instead donate to a fund for the rehabilitation of the city’s stray animals.

The results of Turkey’s municipal elections last month inflicted several losses on President Erdoğan’s Justice and Development Party (AKP) in strongholds such as Istanbul and Ankara, but the most remarkable victory went to Maçoğlu, a 50-year old healthcare worker with a bushy moustache and ever-present smile who won the race for the province of Tunceli with 32.7% of the vote. The communist challenger beat the candidate for the left-wing, Pro-Kurdish People’s Democratic Party (HDP) and the incumbent from the CHP, historically the main opposition party.

Maçoğlu called his election “a victory for the people of Dersim,” using the Kurdish name for the city to emphasize that its population is predominantly Alevi and Zaza/Kurdish. The city has seen several uprisings; most recently, it was run by a trustee appointed by Erdoğan as part of a crackdown on 24 Kurdish-run cities after the failed coup attempt in 2016.

Maçoğlu earned his political support over a period of five years as a regional small town mayor, in which capacity he established a sterling reputation for transparency, rectitude, and hard work. But even so, his win in last month’s municipal elections is an anomaly for Turkish politics, where the word “communist” has long been used as a slur. Since the 1920s, successive Turkish governments have persecuted communists, starting in the 1920s with the assassination of the party’s leaders, through the Cold War and the period of military rule during the 1980s. Under Erdogan, opposition leaders, journalists and intellectuals are in jail. Given all this, Maçoğlu’s overt embrace of communism is an act of great courage.

Rise of an idealist

Maçoğlu entered politics in 2014, winning  a local election with 36.1% of the vote. He beat his closest rival from Peace and Democracy Party (BDP, the precursor to today’s HDP) to become the mayor of his hometown of Ovacık, a rural district of Tunceli with a population of approximately 7,000. Previously, he had worked as a healthcare professional in public hospitals. But besides his well known socialist views and his union activism, Maçoğlu had no political experience. As mayor of Ovacık he inherited a debt of approximately $200,000 from the previous local government; and so he immediately set about to increase the district’s revenue.

In Ovacık, Maçoğlu’s first priority was to improve agricultural production and ease unemployment by allowing people to cultivate 160,000 acres of arable land that belong to the municipality. Comprised mostly of women and unionized teachers who had recently been laid off, Maçoğlu’s army of amateur farmers began producing organic potatoes, garbanzo and cannellini beans — all crops that are relatively easy to grow in the province’s harsh climate, with its heavy winters that last five to six months.

Subsidized by the municipality, the farmers founded an agricultural production cooperative, which eventually evolved into an e-commerce site, ovacikdogal.com (Ovacık Natural). Soon they added sustainably and organically produced honey, salt, cheese and molasses to their range of products. People in big cities who were following the communist mayor on social media began buying the communist beans of Ovacık to support the cooperative.

The initiative performed beyond expectations. The amateur organic farmers of Ovacık succeeded not only in paying off the district’s debt, but also in providing local women with earned income for the first time in their lives. Part of its profits were put toward a small fund that helps college students from disadvantaged backgrounds to pay their school-related expenses.

Maçoğlu also reduced the cost of water, which is prohibitively expensive in Turkey, to a symbolic 50 kr (about 10 cents) per cubic meter. His reason: access to water is a basic human right. He transferred the annual budget allotted to cover the cost of gas for his unused official vehicle to the only bus that served the whole district, making public transportation free. He built a library containing 10,000 books for a small town of 3,200 people and organized public programs to encourage reading habits among children and adolescents.

But perhaps the most striking reason for Maçoğlu having become a viral folk hero overnight was his radical fiscal transparency. At the end of the first fiscal year of his first term, he hung an enormous poster showing his administration’s profit and loss statement on the facade of the town’s municipality building. In the murky waters of municipal politics, where tenders miraculously go to people with close ties to administrators, this was a breath of fresh air. Across the country, both Maçoğlu’s supporters and his critics alike applauded his action.

In Ovacık, Maçoğlu ran on a platform that promised transparency and accountability. He emphasized those two principles while championing and explaining his socialist values almost every time he opened his mouth, especially in front of cameras. And there were (and still are) a lot of cameras. People began to travel from across the country to meet the determined man with the cheerful smile, and to see his model of governance.

In fact, he has made a point of keeping his office door open and has set up his desk in such a way so that he sits alongside his visitors, instead of across from them behind his desk. In Turkey, every public officer has a portrait of Ataturk, the founder of the republic above their seats, but Maçoğlu has a picture of the Argentine Marxist revolutionary Che Guevara up on his wall as well.

As mayor of Tuncil, Maçoğlu has rejected the trappings of power. He made the official vehicle assigned to him available to newly weds who get married at City Hall, and opted to drive his own car while on the job. This is a significant statement in Turkey, where public officials enjoy driving around with security convoys of up to 50 vehicles, blocking traffic everywhere they go.

These small acts may seem trivial or even gimmicky to those unfamiliar with Turkish politics, but in the corruption-ridden atmosphere propagated over decades by local and central governments, simple gestures go a long way.

“Socialism has an inherent understanding of how to create a culture that provides the ability to act in a way that is united and in solidarity based on equality and social justice,” Maçoğlu noted in an interview with the leftist publication SOL International. With his work in Ovacık and now in Dersim, he hopes to set an example in municipal governance for other cities across the country. The fact that these values are so rare in Turkey’s political landscape makes Maçoğlu a harbinger of hope for a new breed of public official, whose agenda is truly to serve the people

Hande Oynar is a freelance writer based in New York and Istanbul. She has been writing for various art and lifestyle publications for the past decade and is a regular contributor to Vogue Turkey. Follow her on Twitter @handeoynar.

“Socialism has an inherent understanding of how to create a culture that provides the ability to act in a way that is united and in solidarity based on equality and social justice,” Maçoğlu noted in an interview with the leftist publication SOL International. 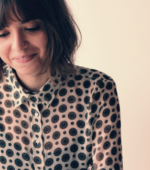 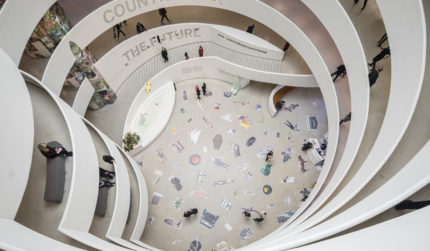 Are cities really all that? A provocative exhibition takes a new look at the countryside