While the world praises Prime Minister Jacinda Ardren and the people of New Zealand for their compassionate, inclusive response to the Christchurch mosque attack, a more complex and nuanced conversation about the flaws in their society is taking place at home

Scene from Christchurch, the day after the massacre (9 News, Screencap)

The world has been riveted by New Zealand’s response to the terror attack committed on March 16 by a white nationalist, who murdered 50 Muslims attending Friday prayers at two Christchurch mosques. Prime Minister Jacinda Ardren’s response, from her “they are us” to her insistence that she will not say the name of the attacker, has been heralded as a new standard in how to respond to such events. Meanwhile the public reaction — with New Zealanders gathering spontaneously in their thousands to stand in silent vigil around mosques all over the country for the first Friday prayers after the attack, has been praised as an example of compassion and tolerance. But in New Zealand, the public conversation about our response to this attack and what enabled this to take place in our country is more complex.

Many New Zealanders have been challenged by what appear to be two mutually exclusive stories about who we are, as individuals and as a nation, in the wake of these attacks.

On the one hand, our Prime Minister rapidly assured us and the world that this attack was an abomination against the values of tolerance and inclusiveness that we as a nation hold dear. In her first public statement after the attack, Ardern was unequivocal: the person who carried out the massacre was not ‘us’. Many New Zealanders were more than ready to believe her, and to identify with Ardern as a representation of who we really are — compassionate, empathetic, inclusive. Resolute in the face of hatred and terrorism.

But there is another story being told in these days of grief and reckoning. It’s the story of Muslim New Zealander Lamia Imam’s experiences as a student in Christchurch, learning to stomach racism because ‘it wasn’t a big deal.’ “When white nationalists were congregating in Christchurch I was alarmed but let it go because ‘it is their country and they can choose to hate people’,” she said.

Anjum Rahman of the Islamic Women’s Council of New Zealand has written about the lengths her group went to, over five years and two governments, to draw attention to the growing threat of anti-Islamic and racist activity in New Zealand.

“We begged and pleaded, we demanded. We knocked on every door we could. … We told them about our concerns over the rise of vitriol and the rise of the alt-right in New Zealand. We asked them what resources were being put in to monitoring alt-right groups.”

So which is it? Is New Zealand a country, as our prime minister has asserted, in which there is no place for the ideologies espoused by the Christchurch mosque terrorist? Or are we a country in which Islamophobia and racist hatred has been directed towards Muslim women for years, with little apparent action from our government? The mosque massacre has forced many New Zealanders to face this gap between who we want to believe we are and who we actually are.

A tale of two New Zealands

Some commentators in New Zealand have responded defensively to these competing stories, decrying it as a ‘narrative of self-loathing that wants us to think the worst of ourselves’. As one writer put it, we have to choose whether the true version of our country was to be represented by ‘a few misanthropic cranks who haven’t yet got their heads around the new multicultural New Zealand, or the countless thousands of New Zealanders who attended vigils, donated money or quietly grieved at home for fellow citizens who happen to be Muslim’.

But perhaps both these things can be true. For many New Zealanders, this tension has always been apparent, as has the fact that racism in New Zealand exists well beyond ‘a few misanthropic cranks’. New Zealand lawyer and writer Brannavan Gnanalingam, who was born in Sri Lanka, says that growing up, he thought Aotearoa (the Maori name for New Zealand) had a curious form of racism.

“Most people on a day-to-day basis were generally friendly to your face, but also subscribed to racist narratives that meant structural racism got embedded, particularly towards Māori. It meant we put up with casual racist jokes from friends and colleagues or faced racism from complete strangers without warning. The thing was, the discursive frameworks used in all of those ‘light’ situations were the same discursive frameworks used by those with far more nefarious motives.”

For others, like Lamia Imam, the mosque massacre meant she could no longer maintain the illusion of the ‘better version’ of New Zealand.

“I looked at my New Zealand passport with pride and told myself I came from a country that was more compassionate and kind, a country that was slightly better. Today we are no better. We as a country failed to stop something horrific, because we like to believe we are better.”

One of the reasons these two competing narratives have taken so many by surprise, suggests Gnanalingam, is because of the highly segregated nature of New Zealand society.

“We’ve got a very segregated society — class-wise, racially, politically. Christchurch took some Pākehā (white New Zealanders) by surprise because their everyday life didn’t come into contact with people who subscribed to the terrorist’s views. It meant they were very complacent. It also meant insidious narratives get embedded because there’s no-one challenging it. Our mainstream culture is far too anti-intellectual and monocultural for that.”

A leader who reflects her people

Reconciling this tension has been a challenge for Jacinda Ardern. Her first instinct — to reassure New Zealand and the world that this attack was entirely out of character for our country — was met with widespread approval at home and abroad. But as the narrative here in New Zealand has become more nuanced, and as time has passed since the attack, Ardern has begun to find ways to acknowledge the racism and intolerance that exists in our country.

Ardern’s leadership has been seen by many New Zealanders to represent and reflect the best version of ourselves. She has shown very genuine empathy for the survivors and the families of those killed. She has been clear on the nature of this attack and resolute in her commitment to not naming or in any way elevating the profile of the attacker. She has demonstrated rare political skill in negotiating the support of both her more populist coalition partner and the opposition party for gun law reform. In the widespread, and justified, global admiration of Ardern’s empathy and compassion in the wake of the Christchurch attacks, her determination and political skill have perhaps been underplayed.

Behind her ability to reflect back to us the best of who we want to be, is there something particularly ‘Kiwi’ about our Prime Minister? Ardern grew up in a small, working class rural town. Her father was a police officer, her mother worked in the school-cafeteria. They were members of the local Mormon congregation and Ardern has credited her upbringing as the source of her relatability, empathy and compassion. But as commentator Jess Berentson-Shaw has pointed out ‘there is something more important than our prime minister’s empathy and compassion’ being demonstrated in her response to the mosque attack.

“It is this: she has inhabited a role that was thrust upon her, and responded with a style of leadership that is guided not by a desire for personal recognition, but by a very clearly articulated set of collective values. She seems utterly genuine about putting others’ needs before her own. Jacinda Ardern is restoring, in a uniquely 21st century way, the old-fashioned notion of public service.”

That this public service leadership feels extraordinary, and so different from other leaders, says Berentson-Shaw, speaks volumes at how far we have travelled from what leadership should be. However, as she goes on to say, this commitment to serving the collective good is not without precedent in New Zealand. It has been demonstrated, ‘for decades, centuries even’ by Māori.

“Many Māori have made endless attempts to work with the Crown, and all New Zealanders, to find resolution and repair for violence and hate, intolerance and theft, enacted against them for decades. … Yet they have been prepared to rebuild relationships. Māori have shown tolerance, and a willingness to work with Pākehā [white New Zealanders], even when Pākehā  refuse to see those efforts.”

In the immediate days following the attacks in Christchurch, it was to the example set by Māori that New Zealand looked for a guide on how to conduct ourselves. Māori campaigner Laura O’Connell-Rapira explains:

“In Māori culture, one of the most important aspects of losing a loved one is the tangihanga or tangi. The word means to weep and sing a lament for the dead. People travel from all around the country and world to these funerals to share in grief and memories of those who pass. The vigils that have been attended by tens of thousands of New Zealanders serve very much the same purpose.”

In the wake of the attack, Māori from across New Zealand and Australia have also been captured, and shared across social media, performing haka to express solidarity with the Muslim community. The haka, popularised by the All Blacks, and often mistranslated as a ‘war dance’ is so much more than that. Haka can be a way of expressing grief, love, support, mourning.

The week following the terror attack, Christchurch iwi (tribe) Ngāi Tahu opened their marae (spiritual meeting homes) to the Muslim community to sleep, pray and mourn their loved ones. This concept of opening up your home to others is based on a principle called manaakitanga, which means to ‘care for and uplift a person’s mana,’ or well-being in a holistic sense.

So, if we turn so readily to traditional Māori values and practises to guide us in how to deal with grief and loss and prioritise collective care in our response to Christchurch mosque attack, asks O’Connell-Rapira, why haven’t we listened to Māori when they have repeatedly told us about the need to address our country’s racism?

Countless commentators of colour including Muslims, Māori and migrants have been calling for New Zealanders to make the connection between this act of white supremacist terror and colonization. So much so it prompted a walk-out at an Auckland vigil.

As wise elder and Māori lawyer Moana Jackson points out, “In many ways, today’s white supremacists are the most recent and most extreme colonizers.” Laura O’Connell-Rapira adds:

If we really want to do everything we can to ensure that this kind of violence is ‘never again’ perpetrated in our country, this may be the painful bridge we have to cross — a recognition that this is not the first time we’ve seen this scale of white supremacist violence in our country. That, in fact, the modern nation of New Zealand was built on such violence.

Pākehā New Zealanders don’t have a good track record when it comes to having the ugly truths of our nation’s history pointed out to us. So the burning question is whether, as we reach for the best versions of ourselves in the wake of the Christchurch attacks, we will find the courage to look beyond the surface story of a compassionate, inclusive and tolerant New Zealand, to face the fuller, more complex story of our colonial history and its remnants, which continue to shape our country today. 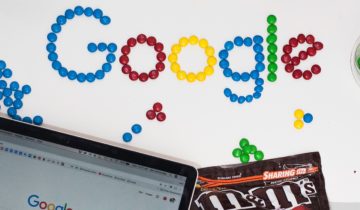 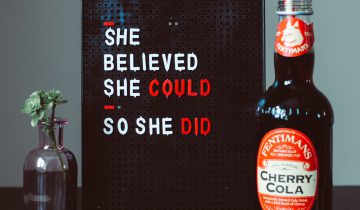 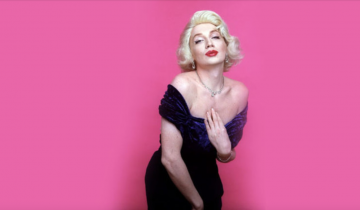