As Americans worry about suffering reprisals for the killing of Iran’s top general, they overlook the civilians who have already been paying for many years — with their blood. 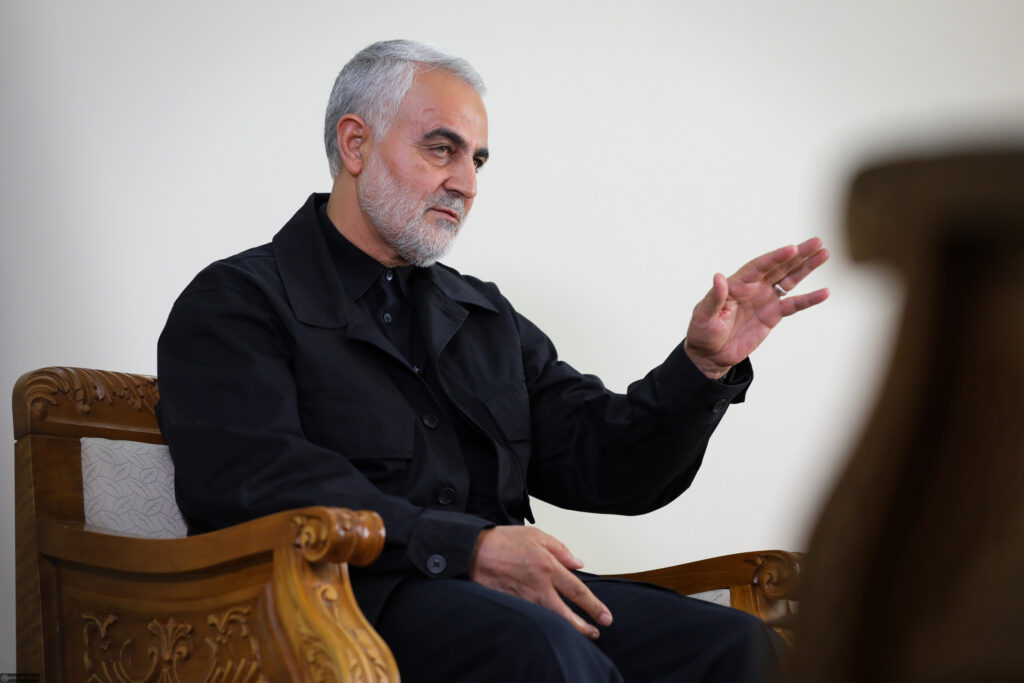 In an Egyptian political satire play called al-Za’im (The Chief), a military dictator who is an archetype representing the Middle East’s various tyrants dies of a sudden heart attack. His inner circle scrambles to replace him with a two-bit actor who looks exactly like the deceased president, so they can buy time to consolidate their power.

When told that he would be the new leader because the real one had perished, the actor smirks and lets out a derisive laugh. “Are there presidents who die, Sir?”

Many of us Middle Easterners and observers of the region had a similarly incredulous reaction to the death of General Qasem Soleimani, Iran’s top military general, who was killed in a US airstrike over the weekend. Analysts and experts claimed that his death would change everything and nothing, that it would lead to World War III; it had the American president vowing to commit war crimes just a few days into the new decade.

These predictions appear to be overblown. Soleimani’s legacy of violence and dispossession in Syria and Iraq will, however, endure. For his many victims, there is momentary relief at his passing.

Soleimani was the leader of the Quds Force, the unit responsible for external operations of the Iranian Revolutionary Guards Corps. The IRGC’s remit is protecting the Islamic Republic’s political system from internal and external threats. Soleimani gained his formative experience fighting on the frontlines of the cruel eight-year war between Iran and Iraq, during which Saddam Hussein deployed chemical weapons with impunity while continuing to enjoy western backing. He witnessed the enormous loss of life – more than half a million, including children and soldiers who were sent into minefields as human detonators, in what was ultimately a pointless war of attrition.

By 1998 Soleimani was head of the Quds Force; and in 2011 he was promoted to major general. Meanwhile the Arab Spring was sweeping through the region, with Syria the focal point of the Islamic Republic’s paranoia.

Soleimani loomed large as the face of Iran’s campaign for regional dominance, a figure of mystique and mythical brilliance and strategic wisdom. He was the second-most powerful man in Iran, after Supreme Leader Ayatollah Ali Khamenei; he battled the US for influence in Iraq during the American occupation, arming and backing Shia militias in order to guarantee a weak Iraqi state that functioned under the shadow of Iranian influence.

Though he was always an elusive figure, Soleimani had grown less wary of the limelight in recent years. He allowed himself to be photographed and took selfies with Shia militias on the frontlines in Iraq and Syria.

In Iraq, he organized militias that defeated ISIS; but then those militias turned around and launched military reprisals against ordinary Sunni civilians, thus alienating the very people they had just liberated from the jihadi terror group.

In Syria, the Iranian general’s self-appointed mission was to save the dictator Bashar al-Assad’s regime from collapse. In doing so, he presided over the country’s destruction, the displacement of millions of civilians, the greatest refugee crisis since the Second World War, and the survival of a tyrannical regime.

All the while, he was portrayed as a master strategist who foiled American designs in the region at every stage.

Iran’s pro-Assad policy is based on its desire to maintain regional influence. The Islamic Republic needs Syria to be stable in order to maintain a secure overland avenue for the transportation of military supplies to Hezbollah in Lebanon, which is its most powerful proxy force. Iran also needs to maintain an overland route to ports on the Mediterranean. When the Arab Spring of 2011 spread to Syria from Egypt, where protesters set a precedent by forcing the resignation of long-time ruler Hosni Mubarak, Iran sent advisors to Syria. Soon after that, it sent proxy militias to fight alongside Assad’s forces. In 2013, Hezbollah forces entered Syria to fight for the regime as well.

These proxy forces were responsible for some of the cruelest tactics of the war. In early 2016, I reported on the siege of Madaya, a border town that was home to 30,000 civilians who were being systematically starved to death by Hezbollah in an effort to force their surrender. To survive, people ate grass, leaves, and spiced water instead of soup.

These starvation sieges were replicated throughout the country, with Soleimani’s proxy forces often leading the charge into areas held by anti-Assad rebel troops. In addition to using hunger as a weapon of war, the pro-regime militias used scorched earth tactics. To recapture Aleppo, they bombarded from the ground while the Syrian and Russian air forces bombed from the air; as they reclaimed territory from the rebels, they carried out extrajudicial killings.

When the rebel forces eventually surrendered, tens of thousands of civilians, fearing the regime would persecute them for suspected anti-government sympathies, were forcibly displaced. Soleimani’s tactics are responsible for rendering countless Syrians destitute and homeless, and for driving many to seek refuge abroad. The ensuing refugee crisis contributed enormously to sectarian tensions in the Middle East. Those who stayed inside Syria continue to suffer from the violent tactics of the Assad regime and its Russian and Iranian allies.

In 2015 Soleimani traveled to Moscow and personally convinced the Russians to intervene on Assad’s behalf. Russian warplanes have carried out dozens of attacks on hospitals in rebel-held areas, and they have killed thousands of Syrian civilians in various air strikes.

In Iraq, the extent of the atrocities carried out by Soleimani’s proxy forces in Sunni communities liberated from ISIS was so extreme that, according to cables leaked by rivals, the intelligence services worried they were undermining Iran’s popular reputation.

More recently, Soleimani was reportedly involved in the crackdown on the popular protest movement against government corruption in Iraq. Security forces and Tehran-backed militias killed hundreds of Iraqi protesters in the weeks leading up to Soleimani’s death. According to reports, the Iranian general attended key security meetings in Iraq; he advised his counterparts to learn from Iran, where security forces killed over a thousand civilians in anti-government demonstrations that took place in December.

In the weeks and months before the Trump administration assassinated Soleimani, the Iranian regime carried out several calculated provocations against the US, as payback for their having pulled out of the multilateral nuclear deal. They threatened and disrupted shipping in the Persian Gulf and bombed Saudi oil installations; more recently, Iran launched rocket attacks against Iraqi bases housing American troops and attacked the US embassy in Baghdad on New Year’s Eve.

The question of whether assassinating Soleimani was legal or not is an academic one. Not just because it is already done and nobody will be held accountable for it, but because Soleimani had been waging an overt and covert war against the US and its allies for years. He orchestrated the death and displacement of hundreds of thousands of civilians over nearly a decade of war in Syria, against a backdrop of a broad violence and civil warfare in Yemen and Libya, as well as political crackdowns and resurgent authoritarianism throughout the region.

The Middle Eastern conflagration that American pundits claim to be so concerned about Soleimani’s death sparking has already been raging for a decade, with hundreds of thousands of civilians paying in blood.

For now, the worst predictions of the alarmists have not been realized. World War III has not started, and Tehran responded with a calculated attack that didn’t kill any Americans. It did kill or injure Iraqi soldiers stationed on the military base housing American troops, but this was a matter of indifference to both Iran and the United States. As we have seen since the invasion of 2003, America places little value on Iraqi lives.

If there is a future escalation, it will take place on the backs of Arab civilians, because Iran does not have the capacity to match American military aggression. If it does respond further, it will do so through its proxies, further destabilizing the region and risking war. Tehran and Washington will never allow Arab civilians to stand between them when it comes to pursuing their foreign policy goals in the Middle East.

Trump does not care about Arab lives — about this, there is little doubt. Nor is he concerned about human rights, international law, or even having an actual strategy for his foreign policy in the most volatile part of the world.

But amid the hand-wringing, spare a thought for Soleimani’s victims. For a brief moment, their suffering has been eased.

Soleimani’s legacy of violence and dispossession in Syria and Iraq will endure. For his many victims, there is momentary relief at his passing. 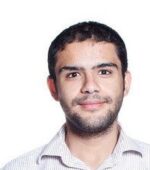 Kareem Shaheen was the Middle East and Turkey correspondent for The Guardian, and was previously based in Istanbul, Beirut and Abu Dhabi. He was nominated for a Frontline Club Award for print journalism for his coverage of the Khan Sheikhun chemical attack. He holds a Master’s degree in war studies from King’s College London. He lives in Montreal, where he continues to work as a journalist and columnist.

Kareem Shaheen was the Middle East and Turkey correspondent for The Guardian, and was previously based in Istanbul, Beirut and Abu Dhabi. He was nominated for a Frontline Club Award for print journalism for his coverage of the Khan Sheikhun chemical attack. He holds a Master’s degree in war studies from King’s College London. He lives in Montreal, where he continues to work as a journalist and columnist.