Once, the purpose of philanthropy was to elevate civil society. Today, it is used by the wealthy to purchase power and influence — often at the cost of civil society. Now a young generation of Americans who were born into rich families are searching for new models for the wealthy to give and effect change. 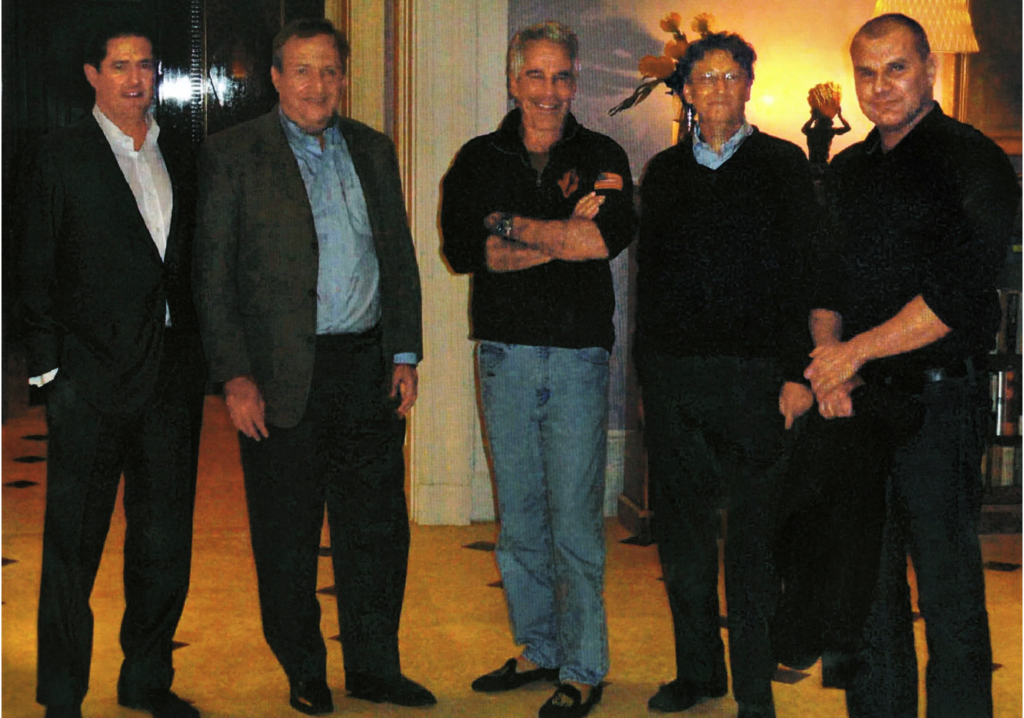 This 2011 photo of Jeffrey Epstein hosting Bill Gates at his New York City mansion set off a storm of controversy.

Recently, philanthropic donations from prominent organizations or individuals have become controversial. Leading cultural institutions, such as London’s Tate Museum and the Guggenheim in New York, renounced donations from the Sackler family, because their role in the opiate epidemic could no longer be disputed. Prestigious universities, like Harvard and MIT, are under fire for having accepted large sums from Jeffrey Epstein, even after a Florida court convicted him in 2008 of procuring underage girls.

Exposing the problem of “third-rail donors” is important, but public outrage at the rich getting richer by giving to the poor also obscures more fundamental questions: is philanthropy, even by those with ostensibly altruistic motives, such as Bill Gates, compatible with democracy? Does it serve or subvert it? Are there newer models that might better serve the public interest? And how should wealthy channel their resources for the common good?

During America’s Gilded Age of the late nineteenth century, inequality became so stark that it became an issue in the public discourse. Industrialists like Andrew Carnegie implored the wealthy to ask, “What is the proper mode of administering wealth after the laws upon which civilization is founded have thrown it into the hands of the few?”  Carnegie became a philanthropist in order to lift up the less fortunate but at the time his generosity was not well received. Eugene V. Debs, the famous socialist and labor leader, railed against him:

We want libraries, and we will have them in glorious abundance when capitalism is abolished and workingmen are no longer robbed by the philanthropic pirates of the Carnegie class. Then the library will be as it should be, a noble temple dedicated to culture and symbolizing the virtues of the people.

Most of the labor movement, however, took a more practical view. Samuel L. Gompers, founder of the American Federation of Labor, once responded that,

After all is said and done, [Carnegie] might put his money to a much worse act. Yes, accept his library, organize the workers, secure better conditions and particularly, reduction in hours of labor and then workers will have some chance and leisure in which to read books.

Carnegie’s philanthropic program created one of the most important civic institutions in the United States and in the rest of the English-speaking world — the branch library. His example, however, remains exceptional, not least because he endeavored to bolster the public sector. During the Progressive Era of the early twentieth century, civil society activists enlisted the wealthy to help champion causes that would lead to new public policy and civic institutions. Their ideals and achievements heavily influenced President Franklin D. Roosevelt’s New Deal, under which Congress enacted public works and welfare policies, like Social Security, that are taken for granted today but which were revolutionary at the time.

Contemporary philanthropy in the United States does not address inequality, or promote progressive public policy. In Just Giving: Why Philanthropy Is Failing Democracy and How It Can Do Better, political philosopher Rob Reich notes two surprising things: at most, 30 percent of giving in the United States goes to poverty-fighting programs; and the higher your income, the less likely you are to give your money to those programs. The wealthy tend to give to cultural institutions and higher education, while the less wealthy are more disposed to give to poverty alleviating institutions like soup kitchens.

Reich then asks a question that only seems rhetorical: would society benefit more from altruistic philanthropy or private consumption? Does the tax-deductible charitable work a foundation or wealthy individual undertakes contribute more to society than the taxes the public coffers would receive from a major purchase, or from inheritance taxes? Furthermore, why should the public subsidize a wealthy person’s priorities and discretionary spending?

At a recent panel, Reich recounted a story told in Mark Dowie’s 2002 book, American Foundations An Investigatory History: when George Soros set up his Open Society foundation, there was disagreement about what its priorities should be. Soros allegedly pounded his fist on the table and said, “This is my money at the end of the day, and we’re going to do it my way.” A junior staff member then chimed in,

Excuse me Mr. Soros, roughly half the money in this foundation is not yours but the public’s – if you hadn’t placed your money in this institute, half of it would be in the U.S. Treasury.

According to Reich, foundations and charitable giving cost the US roughly $50 billion per annum in foregone taxation. As Reich says, big philanthropy is then essentially an exercise of power that is unaccountable, nontransparent, donor-directed, tax-deductible. It’s a plutocratic exercise of power in a democratic society.

Over the past 100 years, the changing economic and political landscape has affected and been affected by the role of philanthropy. In Nicholas Lemann’s essential Transaction Man: the rise and the decline of the American dream, the author explores reasons for the decline of the big corporation and big government, and the rise of unregulated finance and private sector solutions (or lack of solutions) in their place. Lemann writes about the series of policy decisions that led to a disintegration of the social compact. A confluence of factors led to a receding welfare state, made easier by a growing distance from the lessons of the Great Depression. However, Lemann shows that the status quo is not the inevitable result of the march of progress. Transaction Man, with his eyes fixed on the bottom line, is the manifestation of years of shifting priorities.

Anand Giridharadas perfectly illustrates how this new transactional ethos affects philanthropy in Winners Take All: The Elite Charade of Changing the World, (Penguin Random House, 2018). Most conspicuously it is to “do well by doing good.” As Giridharadas writes, “In the journey from Adam Smith’s theory to that of the win-win, the entrepreneur is transformed from an incidental booster of the common good into a unique figure specially capable of tending to it.” Winners Take All brings the reader along to the ubiquitous conferences and panels where tech entrepreneurs, thought leaders, politicians, corporate executives and philanthropists contemplate the challenges of the world, then enthusiastically agree with one another’s often market-based solutions.  “If the logic of our time had applied to the facts of an earlier age,” writes Giridharadas, “someone would have put out a report suggesting that ending slavery was great for reducing the trade deficit.”

Giridharadas unfortunately overlooks a major reason for the neoliberalist bent to current philanthropy. As Jane Mayer explains in her important 2016 book Dark Money, liberal philanthropy is the consequence of very intentional conservative philanthropy. Mayer charts the weaponization of philanthropy by the Kochs and other conservative billionaires, in their successful attempt to move previously radical libertarian positions about money and government into the mainstream.

Not all philanthropic foundations exist to promote policy that undermines government regulation or benefits respective industries. Most, however, seem to perpetuate the notion that the private sector is better positioned to offer solutions. Rob Reich and Nicholas Lemann are not the only ones challenging this received wisdom. Many, like Holly Fetter, are searching for new models for the wealthy to give and effect change.

Fetter grew up wealthy, but felt unable to reconcile her class with her more progressive politics. As she tells it: “When I went to an Occupy rally, I then went home and actually googled “rich kid social justice.”  She founded the Stanford University chapter of the Resource Generation, a community of young people, 35 and younger who are in the wealthiest 10 percent and are committed to wealth redistribution that aids progressive causes. The tagline on their website reads, “Got class privilege and want social justice?”

Patriotic Millionaires is another group of the very wealthy people seeking systemic change. The quote framing its homepage, by former AOL executive Charlie Fink states, “Because my country – our country – means more than my money.” It includes links to a conference that calls for taxing the rich, and an article titled Equalizing Capital Gains is Essential for Equality.

The North Star Fund is a 40 year-old New York City-based social justice foundation that provides more options for rich people who want to make the world more equitable. Their work includes the participation of communities to which they have contributed grant money totaling $57 million.

Rachel Sherman, a sociologist who has been studying the habits of the wealthy, feels that there is something important about this political moment. In an interview with The Conversationalist she said, “Sanders and Warren talk about inequality and that it is silence about wealth, the fact that it’s kind of uncouth to talk about money, that allows so much inequality to hold together.” She emphasized the importance of not attacking individual rich people, or pointing out the “good” wealthy person who spends her money “appropriately.” Her work has raised this issue of what kind of person is a good wealthy person, and if we deem them so, would we then think they are entitled to their wealth? Sherman points to Warren Buffet as an example, saying: “It doesn’t matter that he’s lived in the same house he bought in 1951; there is nothing you can do to be entitled to that much money.”

Sherman makes an apt analogy to engaging with white privilege and says, “If we can get rich people to not feel personally defensive…it is very analogous to white people feeling defensive about white privilege – ‘I’m not racist so it’s fine.’  You may not be a rich asshole, but you are still benefiting from class privilege.” She feels it is extremely important to depersonalize wealth and “show that this is a moment where we actually have shared interest in having a more egalitarian society and it is something we can do collectively.” She reflects that the new younger wealthy class, like Resource Generation, are able to catalyze this kind of conversation by openly saying “this is not about me personally — it’s not my fault — we just need to recognize the structural reasons [for inequality].”

With the 2020 elections looming, inequality, and the role of government in addressing it, have risen to the surface for the first time in several generations. The spate of books about the role of philanthropy and the private sector attest to this. Problematic contributions by the Sacklers, the Kochs, and others with dubious intentions or sources of wealth, should highlight the urgency of reassessing redistribution of wealth more generally. Rather than relying on the wisdom and moral clarity of the very wealthy to fix societal ills, perhaps new models of philanthropy, or their tax contributions as citizens, should replace them.

Conservative billionaires like the Koch Brothers spent decades using philanthropy as a means of expanding their influence, with liberals following their example. And so the rich get richer from giving, while the poor see little benefit from their largesse. 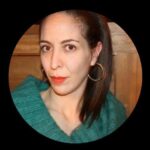 Yael Friedman writes about art, culture, cities, and history. She is a regular contributor to The Economist and has also written for CityLab, The Daily Beast, Haaretz, The Forward, Urban Omnibus, Artinfo, and other outlets. She lives in Brooklyn. Follow her on Twitter @idapost.

Yael Friedman writes about art, culture, cities, and history. She is a regular contributor to The Economist and has also written for CityLab, The Daily Beast, Haaretz, The Forward, Urban Omnibus, Artinfo, and other outlets. She lives in Brooklyn. Follow her on Twitter @idapost.