The university’s decision reflects a devaluation of the humanities and critical thinking among conservative white evangelicals. 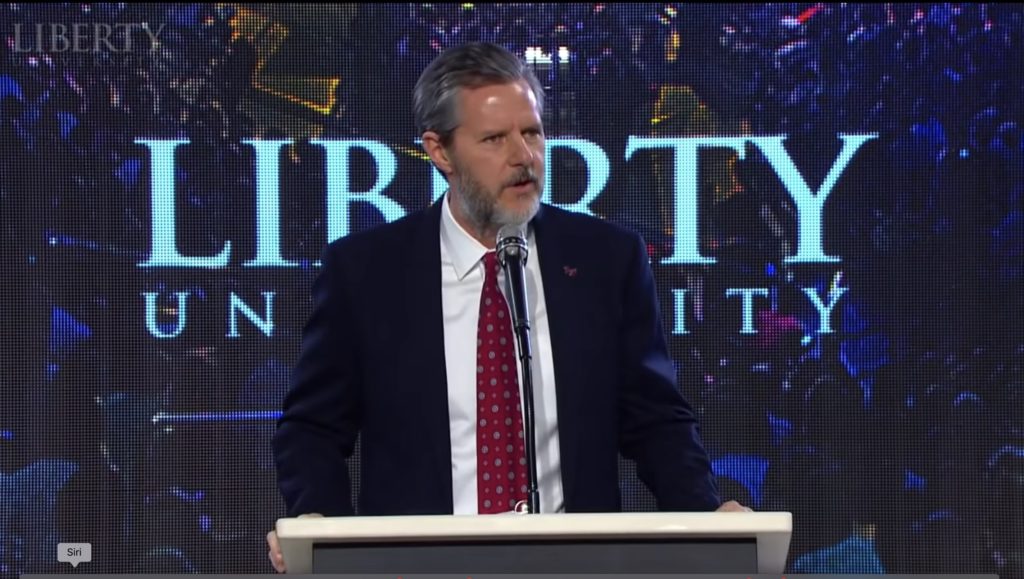 Liberty University abruptly dissolved its entire philosophy department on May 11. The administration announced its decision in a letter to the department’s seven faculty members, which included Mark Foreman, who had taught there for 30 years. In a since-deleted Facebook post, Foreman wrote, “As of June 30, I am unemployed.” He added that he had been given no advance notice; his contract was simply not renewed. Liberty faculty are not eligible for tenure unless they teach in the law school, where it is offered in compliance with the American Bar Association’s accreditation requirement.

Foreman wrote in a subsequent post that he bore Liberty no ill will and had no desire to disparage the school. The university maintains that professors affected by the closing of the philosophy department will still be able to teach, online and perhaps on campus.

Liberty University’s president is Jerry Falwell, Jr., a powerful figure in the Christian right. Since succeeding his father as president in 2007 he has transformed the Lynchburg, Va., institution: it now has an endowment of more than $3 billion, while student enrollment (including non-residential) is over 100,000. The conservative Christian university wields considerable political influence. Donald Trump gave the 2017 commencement address at Liberty, and Falwell has become so close to Trump in recent years that even some Liberty students have expressed concern.

Falwell was the first leader in the Christian right to endorse Trump’s candidacy for the 2016 Republican nomination for president. Shortly thereafter, many prominent evangelicals shifted their support from Senator Ted Cruz, the son of an evangelical pastor, and threw it behind the thrice-married pussy grabber. According to 2016 exit polls, 80 percent of white evangelicals voted for Trump in 2016; their support remains unwavering in 2020. Trump has rewarded Falwell for his continued unstinting loyalty with regular invitations to the White House.

More recently, a series of scandals have exposed Falwell’s authoritarianism and hypocrisy. Several major media outlets have reported that former Trump lawyer Michael Cohen, who was recently furloughed from federal prison, claims that in 2015 he made some compromising photos of Falwell’s wife Becki disappear. Shortly after doing this favor for Falwell, Cohen asked him to endorse Trump’s candidacy. Separately, Politico published a lengthy investigative report that quotes senior Liberty University officials who accuse Falwell of committing grave financial improprieties.

Under Falwell’s leadership, Liberty University has become known for extreme censorship and hostility to outsiders. Last month, he announced that arrest warrants had been issued for New York Times and Pro Publica reporters who covered the university’s widely criticized decision to hold on-campus classes after spring break, despite the COVID-19 pandemic.

Given this context, Falwell’s quiet shuttering of the philosophy department in the face of declining student interest might seem insignificant. But there is a story here—one about the devaluation of the humanities and of critical thinking that speaks to why white evangelicals have consistently been, and remain, the most pro-Trump demographic in the United States.

Christianity has historically had a fraught relationship with the discipline of philosophy and its general ethos of free intellectual inquiry. Early theologians such as St. Augustine did adopt a great deal from Platonism and Stoicism, but modern philosophy developed as a discipline increasingly distinct from, and often at odds with, orthodox theology. Some authoritarian leaders view it as a threat. Tsar Nicholas I, for example, shut down the philosophy departments in Russian universities in 1850, following the 1848 revolutions that rocked Europe, lest students absorb socialist ideas that might turn them against his repressive regime.

Modern apologists, such as C.S. Lewis and the less well-known early twentieth-century Russian religious philosophers, have tried to employ the tools of philosophy in defense of essentially orthodox versions of the Christian faith. Prominent philosophers in academia generally view these attempts as failures. According to a 2013 survey of professors in leading philosophy departments in North America, Europe, and Australia, 72.8 percent of respondents identified as atheists.

Meanwhile, the fiction of the “evil godless professor” eager to corrupt the minds of Christian college students has become a staple of the American Christian right. The 2014 Pure Flix release “God’s Not Dead,” a movie nearly universally panned by critics, is perhaps the most well-known version of this trope. The villain of that modern morality tale is a philosophy professor. The trope itself is ubiquitous in conservative, mostly white evangelical subculture, whether found in a tract that blames school shootings on the teaching of evolution or in contemporary Christian novels.

One of the defining features of fundamentalist religion is the construction of what scholars call enclave communities, where the fundamentalist group’s sacrosanct “alternative facts” can go unchallenged by inconvenient modern knowledge. This is certainly true of American evangelicals. Institutions that promote their views include the controversial Museum of the Bible, in Washington, D.C., which was founded and is funded by the evangelical Green family, owners of Hobby Lobby (notorious for refusing to provide their employees with health insurance that covers contraception); and the Creation Museum in Petersburg, Kentucky, which bases its explanation of Earth’s beginnings on a literal interpretation of the Bible. There are also Christian bookstores, the contemporary Christian music and movie industries, and, of course, Christian schools, colleges, and universities—as well as homeschooling groups and curricula.

Many of these institutions promote the idea that the “Christian alternative” to the scholarly consensus on matters such as evolution, or the reliability of the Bible, is just as intellectually sound as the consensus in what Christian fundamentalists refer to as “the world”—that is, everything that exists outside their bubble and their control. But the fear that these Christian alternatives might not withstand scrutiny lurks just below the surface. Christian educational institutions, for example, are so hostile to academic and personal freedom that they require faculty, staff, and students to sign very specific, very conservative “lifestyle statements” and statements of faith.

We see this fear at play in this moment of far right-wing backlash, in the evangelical embrace of Donald Trump. Trump pursues evangelicals’ agenda of remaking the United States so that it conforms to their worldview, which is why I have occasionally remarked over the last few years that it feels as though the entire country is turning into a Christian school. In modern democracies, the existence of pluralism is simply a fact; but to authoritarian evangelicals, it is a threat. If they can eliminate the need to accommodate those who are different from them, they will.

Liberty University’s decision to eliminate its philosophy department might still seem odd, inasmuch as it undermines the school’s aspiration to intellectual seriousness. And let me be clear—some Christians are perfectly capable of intellectual seriousness. I find a great deal to criticize in Catholic theology, but today’s Catholic Church does at least teach that evolution and faith are compatible. Nor would I would deny the intellectual discipline and rigor it takes to become a Jesuit. Meanwhile, Liberty is not only dumping its philosophy programs, but also touting a new right-wing “think tank” in partnership with the notorious troll Charlie Kirk, founder of Turning Point USA.

Asked about the situation at Liberty, Professor Karl Giberson, who became an Episcopalian after he was pushed out of his community for teaching evolution at an evangelical college, ticked off the names of Stonehill, Boston College, and Georgetown—all Catholic universities, which regard philosophy as a critical conversation partner in “a school that values the Christian tradition.” A serious institution of higher education does not eliminate its philosophy department because student interest in the humanities is declining.

Jack Panyard, who graduated from Liberty University last year, was appointed editor-in-chief of the student newspaper in 2017, only to see the position eliminated entirely after he refused to submit to Falwell’s censorship. Interviewed for The Conversationalist, he said, “It’s enormously irresponsible to have a university without a philosophy department, but LU has built its base enough that they know they’ll get by.” Panyard sees the recent and current changes as part of a process of prioritizing, by which Liberty is becoming “less of a Christian university” and more of a “Republican conservative evangelical” institution.

Evangelicals have never had a Christian intellectual tradition comparable to that of the Jesuits, but they do often pretend to intellectual seriousness. Liberty’s decision to drop the pretense is perfectly in keeping with the Trump era, when all sorts of masks are coming off. 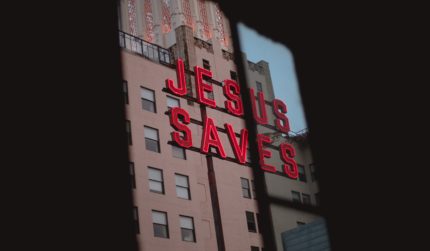